by Deborah Johnson
On the way to San Jose, Santa Clara County, California for a blessed new beginning is at hand. 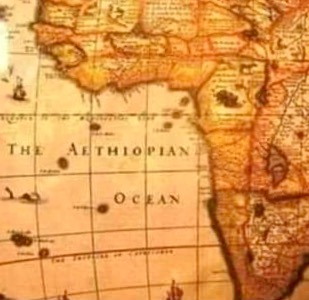 There is a long history of Mexicans welcoming and assisting Blacks fleeing American slavery. The fact of the matter is that when white “slave-hunting” militias would come into Mexico demanding that their “property”—the enslaved workers—be returned, many Mexicans rejected these pleas and were angered at the fact that these slave hunters would have the audacity to enter Mexico and attempt to impose their laws in anh nation that had already banned slavery for moral and religious reasons.

As early as 1811, the Rev. Jose Morelos—a Mexican of African descent—led an all-Black army brigade to help fight for Mexican independence. In 1855 more than 4,000 runaway slaves were helped by Mexicans in Texas to escape and find freedom in Mexico. The Underground Railroad was not just into Canada. It went south as well.

Indeed, throughout three centuries, African slaves were joined by Mexicans in opposition to the exploitation of Africans by European “immigrants—settlers—on the North American continent. Just a few examples of this long and rich history of solidarity are:

• In 1546, Mexico recorded the first conspiracy against slavery, which occurred in Mexico City among a coalition of enslaved Africans and indigenous insurgents.

• In 1609 in Vera Cruz, Mexico, Yanga established the first free pueblo of formerly enslaved Africans in the Western Hemisphere.

• In 1693 within the area of the “United States,” which was in fact Mexican territory, an alliance between African runaways and rebellious indigenous tribes developed and resulted in considerable cooperation and intermarriages between them. It was much like that which developed between African people and the American Indian communities.

• In 1820, in Mexico, the pro-independence army commanded by Black Gen. Vicente Ramon Guerrero was joined and saved by the courageous Mexican/Indigenuous leader Pedro Ascensio. This army won many battles in resisting French and American colonial wars of occupation.

• In 1836, during the battle of the Alamo, Mexican troops fought not only to keep the U.S. from annexing Texas, but also to abolish the dreaded practice of slavery carried out by pro-slavery white settlers. While the Mexican people did not have to join in this fight, they believed slavery was wrong, and they helped fight to stop it. Mexicans consistently took in and helped Black slaves who would run away from the U.S. Another “underground railroad”—this one south of the border—saved the lives and allowed the freedom of thousands of African people fleeing enslavement by European settlers.

• During the period before the Civil War, Mexican authorities refused to return enslaved runaways to the U.S. slaveholders. Aided by Mexicans in Texas, thousands of runaways escaped to freedom in Mexico. The U.S. government had to send 20 percent of its whole army to the Mexican border to try to stop this and intimidate the Mexican people, but the people continued to aid escaping slaves.

• In 1862, during the Civil War, at the same time French colonialists had invaded Mexico seeking to take over. However, at the battle of Puebla on May 5, the Mexican defenders, with the help of freed African slaves—this army was considered the complete underdog—defeated and turned back the French invasion. It was a great victory, now celebrated as Cinco de Mayo. This victory was also a blow to the slaveholders of the United States.

• One historical event, organized through the solidarity of Mexican, Blacks, Indigenous and Asian mpeople, was the “Plan de San Diego.” This was intended as a general uprising by these peoples joined in the Southwest, initiated in an effort to regain the lands stolen in the U.S.’s aggression in the 1840s, which include California, Texas, New Mexico, Arizona and other states of what is now the U.S. Southwest. The plan actually addressed and recognized the contributions of Blacks, Asians and Indigenous people by granting them freedom and autonomy. Although the plan was not successful, it revealed the long history of solidarity of peoples of color in struggle against those who would enslave them.
Add Your Comments
Support Independent Media
We are 100% volunteer and depend on your participation to sustain our efforts!