by Labor Video Project
A rally was held at KQED in San Francisco on April 20, 2021 to demand programming on the real story of the frame-up of Mumia Abu-Jamal

A solidarity rally was held in San Franciscoo to demand that public television station KQED allow a program telling the real truth about the frame-up and jailing of journalist and political prisoner Mumia Abu-Jamal.
According to speakers KQED management are censoring the real story of the frame-up of Mumia and also have been silent about his dangerous health conditions in part because of covid which he contracted in prison.
They are also programming a sympathetic series of programs on Philadelphia District Attorney Larry Krasner who is personally keeping Mumia in prison despite his serious and life
threatening health problems.
While the corporate media including KQED and PBS are spending many hours on the case of Navalny in Russia they have been totally silent about the treatment of Mumia and the dangers to his life.
This action took place on April 20, 2021.
Additional media:
KQED censorship of Mumia Abu-Jamal in new documentary ‘Philly D.A.’
https://sfbayview.com/2021/04/protest-kqed-censorship-of-mumia-abu-jamal-in-new-documentary-philly-d-a/ 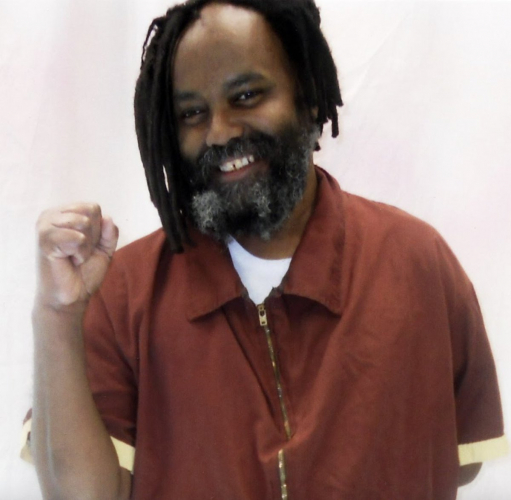 original image (1200x1173)
Journalist and political activist Mumia Abu-Jamal's struggle for his life with serious health problems including covid which he contracted in prison is being censored out by KQED management and the rest of corporate media.
END_OF_DOCUMENT_TOKEN_TO_BE_REPLACED
§KQED Tell The Truth
by Labor Video Project 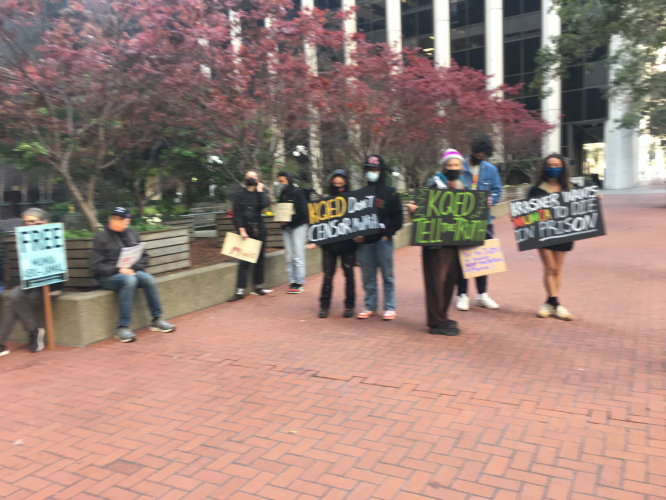 original image (4032x3024)
Part of the participants tell KQED to tell the truth
END_OF_DOCUMENT_TOKEN_TO_BE_REPLACED
Add Your Comments
Latest Comments
Listed below are the latest comments about this post.
These comments are submitted anonymously by website visitors.
TITLE
AUTHOR
DATE
KQED is part of NPR: National Propaganda Radio
confetti
Support Independent Media
We are 100% volunteer and depend on your participation to sustain our efforts!