Add an Event
Newswire
Calendar
Features
Home
Donate
From the Open-Publishing Calendar
From the Open-Publishing Newswire
Indybay Feature
Related Categories: Santa Cruz Indymedia | Drug War | Police State & Prisons
Santa Cruz Sheriff's Office Releases Video Footage of Officer Involved Shooting
by Santa Cruz Police News
Thursday Apr 15th, 2021 4:47 PM
The Santa Cruz County Sheriff's Office has released some of the video footage from the body cameras worn by deputies involved in the shooting of Eli Burry on April 6. The footage was included in an edited video posted to Facebook on April 14 that features video, text, and still images, in addition to narration by Sheriff Jim Hart. (Watch video below)
Copy the code below to embed this movie into a web page:
Download Video (111.5MB) | Embed Video
The incident began on April 6 when three deputies with the Santa Cruz County Sheriff's Office approached what they have referred to as a suspicious vehicle parked behind a shopping center in Aptos. As deputies approached, they demanded the two occupants exit the vehicle. The driver was known to authorities as being involved in a prior incident involving illegal drugs and firearms. After some time the driver, Eli Burry, 40, of Soquel opened the driver's side car door to speak with Deputy Joshua McKim.

When explaining the contents of the video footage, Sheriffs say the deputies spotted what appeared to be a firearm in the car. While attempting to handcuff and detain Burry, Sheriffs say a taser was deployed, but was ineffective. The Sheriff's Office says Burry grabbed a gun that was next to him in his car, which prompted the deputies to retreat. Burry then exited the vehicle. Sheriffs say he fired a shot, and that Burry was telling them to shoot him. Burry was then shot by Deputy Colum Cecil-Wherity, who discharged his firearm five times in total, according to Sheriffs. Burry survived and was taken to the hospital, the Sheriff's Office stated in a press release issued on April 7.

According to the Sheriff's Office, the weapon fired by Burry was a "flare gun loaded with a shotgun shell".
§
by Santa Cruz Police News
Thursday Apr 15th, 2021 4:47 PM 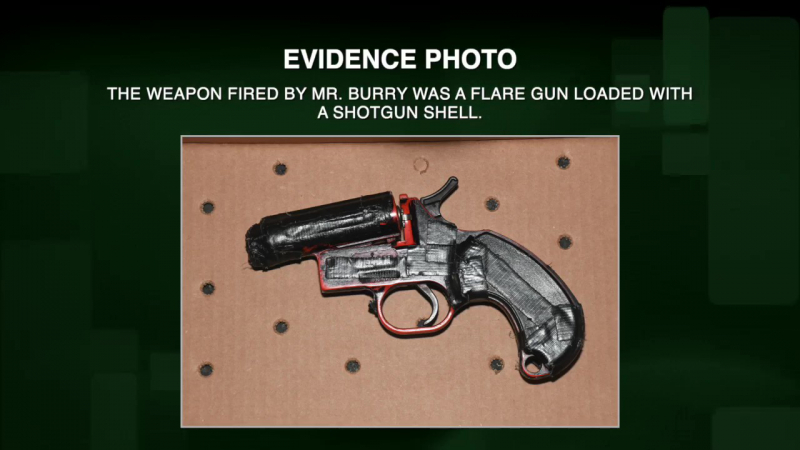 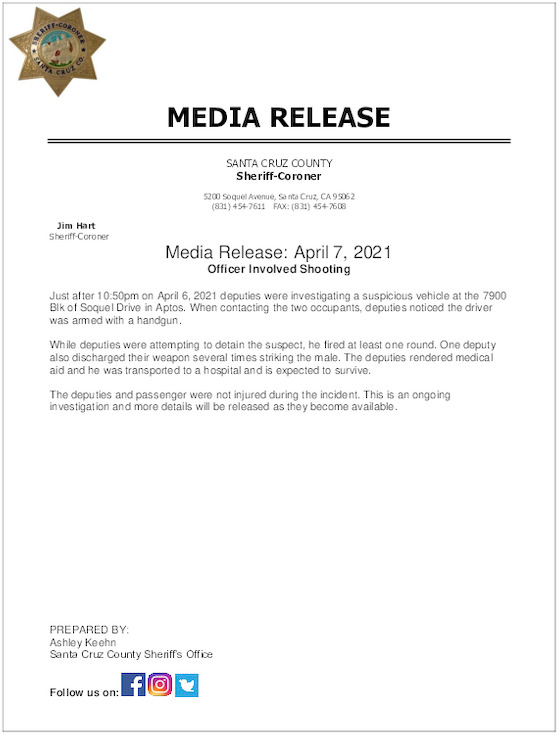 Download PDF (109.6KB)
Add Your Comments
LATEST COMMENTS ABOUT THIS ARTICLE
Listed below are the latest comments about this post.
These comments are submitted anonymously by website visitors.