Add an Event
Newswire
Calendar
Features
Home
Donate
From the Open-Publishing Calendar
From the Open-Publishing Newswire
Indybay Feature
Related Categories: Peninsula | Racial Justice
Mountain View--Rising Up Against Anti-Asian Discrimination
by No More Silence
Wednesday Apr 14th, 2021 10:24 PM
Chanting "Stop the Violence--No More Silence," more than 500 demonstrators marched from the vicinity of the historic Caltrain Station at the end of Castro Street to rally in the Mountain View City Hall Plaza on April 11. 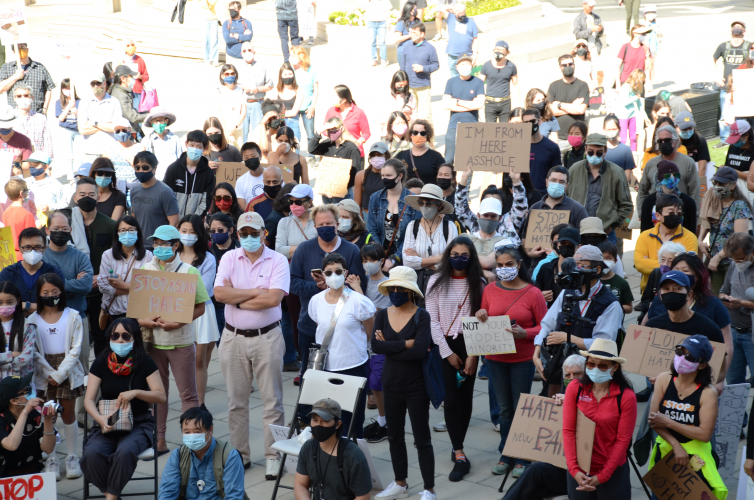 Hate crimes in Santa Clara County, where the city of Mountain View is located, have jumped dramatically according to Chief Assistant District Attorney Jay Boyarsky. Hate incident cases are thought to be in the hundreds or thousands. Both hate crimes and incidents go largely unreported, especially when victims are Asian.

Local high school students organized a march and rally on April 11, saying that with the rise of violence against Asians it is high time to unite. Last month 75-year-old Pak Ho was the victim of a hate crime and robbery in Oakland. After the killing of eight people, including six Asian women at Asian owned spas in Atlanta, therapists were flooded with calls from Asians mentioning the shooting or racial trauma.

Speakers at the rally on Sunday condemned widespread racism targeting Asians. Some described how the pandemic has been used as ammunition to attack them as a group.

Allies of all races joined the action. Their march started at the Mountain View Transit Center that carries historic significance as Japanese Americans were processed at that location before being shipped to one of 10 internment camps across the U.S. during World War II. From there demonstrators marched along Mountain View's main drag, Castro Street, once part of the city's historic Chinatown.

Today busy downtown Mountain View is populated by restaurants of all kinds. On Sunday afternoon as customers were enjoying outdoor dining in warm weather, many cheered the marchers by clapping; a few raised fists to demonstrate solidarity. 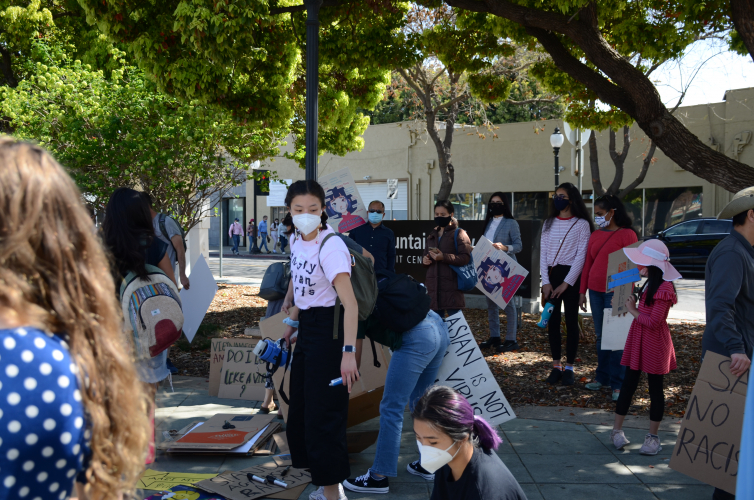 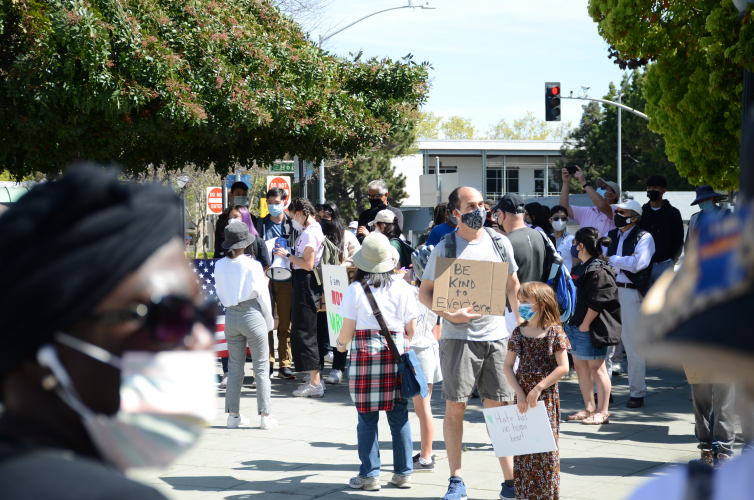 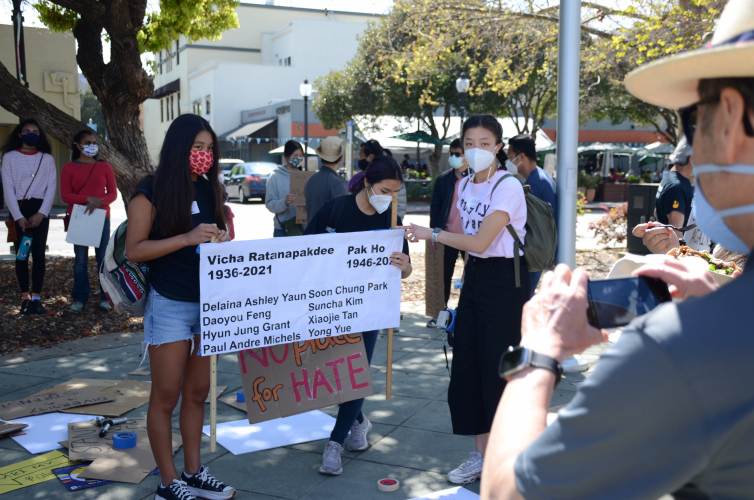 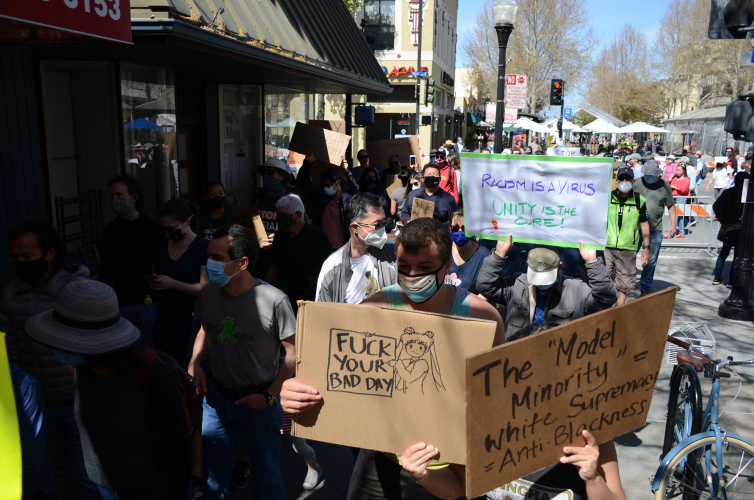 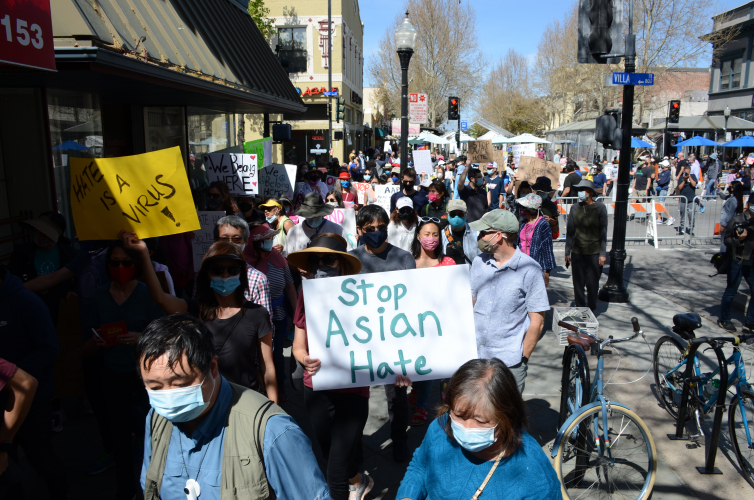 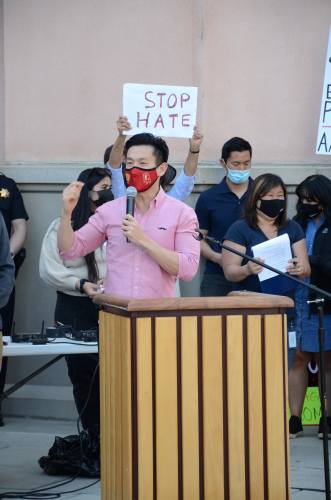 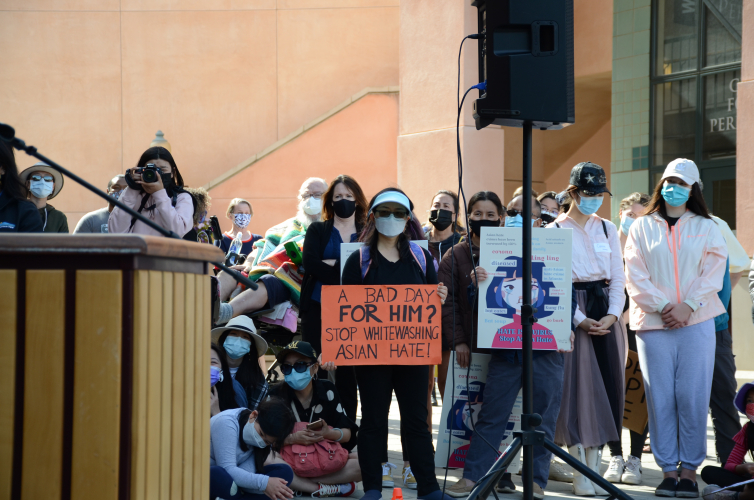 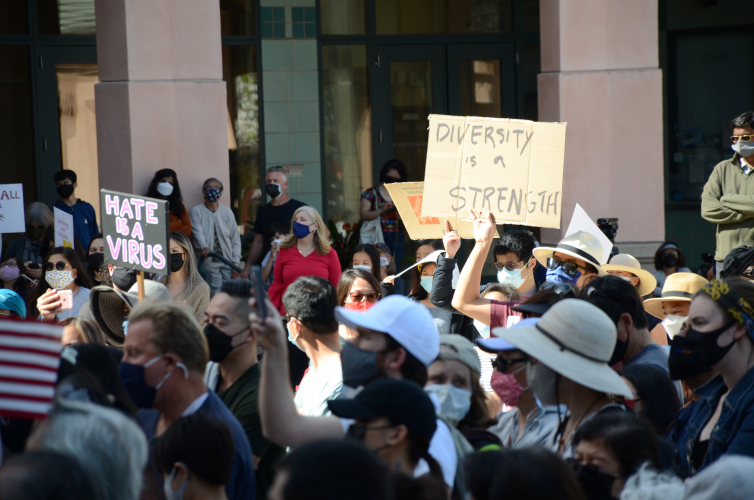 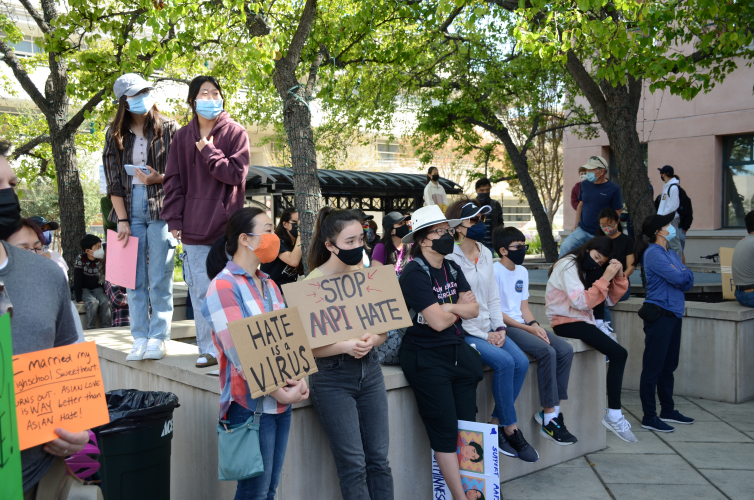 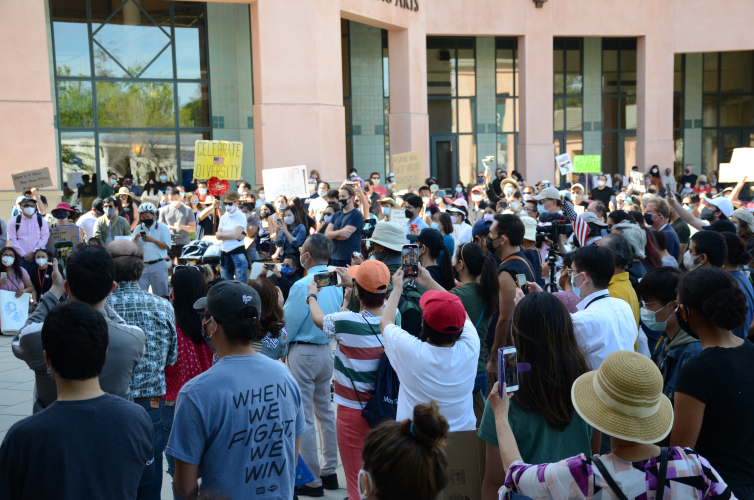 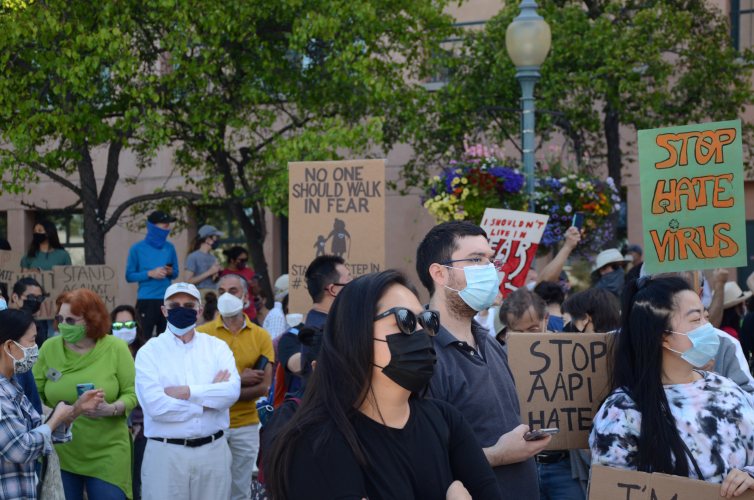 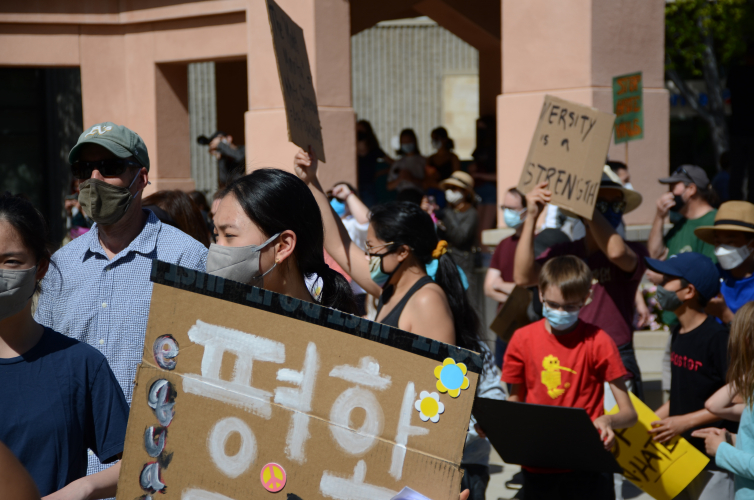 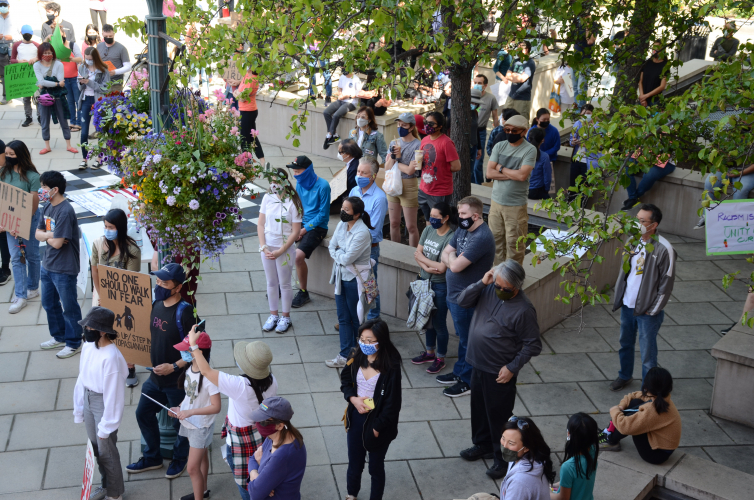 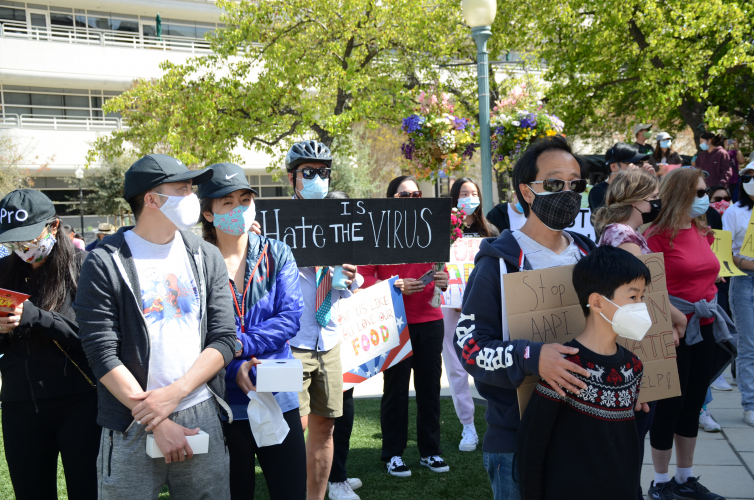 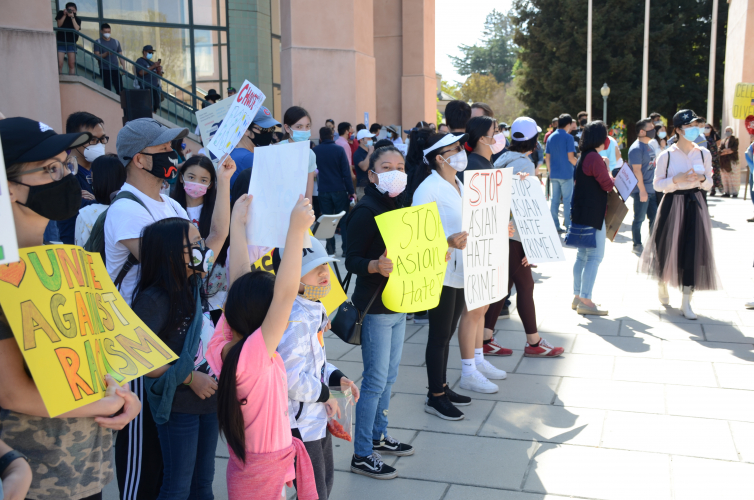 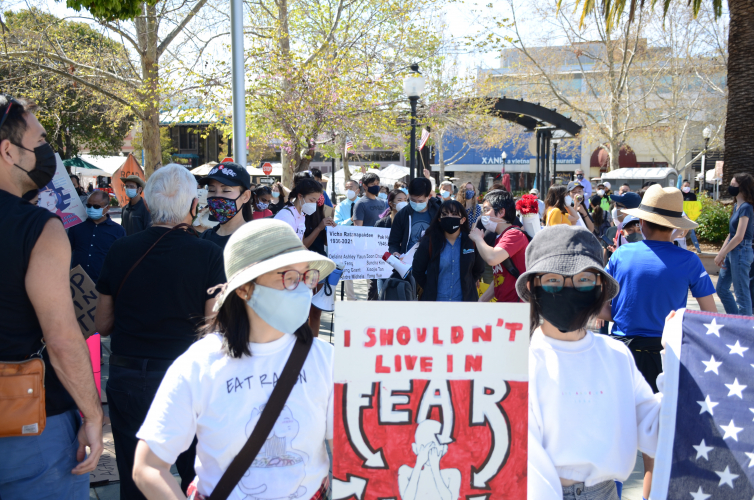 original image (4928x3264)
Add Your Comments
Support Independent Media
We are 100% volunteer and depend on your participation to sustain our efforts!