Add an Event
Newswire
Calendar
Features
Home
Donate
From the Open-Publishing Calendar
From the Open-Publishing Newswire
Indybay Feature
Related Categories: U.S. | Police State & Prisons
What has been revealed in the trial of Derek Chauvin?
by Trévon Austin (WSWS repost)
Saturday Apr 10th, 2021 12:39 AM
The criminal trial of former Minneapolis police officer Derek Chauvin, charged with the murder of George Floyd, has provided a glimpse into the grim reality of American society. 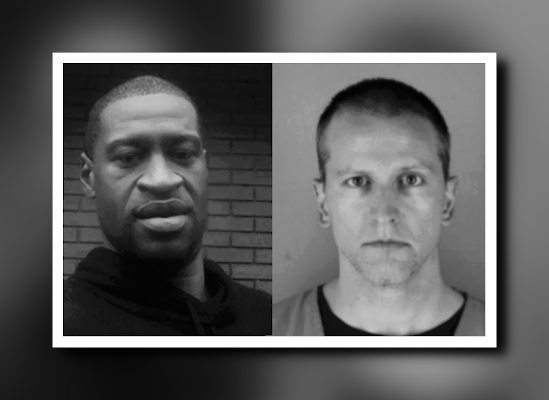 What has been revealed in the trial of Derek Chauvin?

The criminal trial of former Minneapolis police officer Derek Chauvin, charged with the murder of George Floyd, has provided a glimpse into the grim reality of American society.

George Floyd’s story is one American workers are tragically familiar with. Floyd grew up in Houston’s infamous Third Ward, one of the most impoverished communities in the city. He was able to attend South Florida Community College on a two-year football scholarship before transferring to Texas A&M University. However, students from poorer backgrounds face a multitude of challenges at college, and Floyd eventually dropped out.

With limited economic opportunities and the anchor of poverty, Floyd was forced to jump from job to job throughout his adulthood, in addition to performing as a rapper with the stage name “Big Floyd.” At times, Floyd resorted to crime to get by. He served eight brief sentences between 1997 and 2005 for petty offenses, like theft and drug possession. In 2007 Floyd was jailed for aggravated robbery but began to turn his life around after he was released in January 2013.

Floyd became deeply involved in community work and joined a Christian ministry, where he mentored young men, hoping to keep them away from a troubled path. He delivered meals to senior citizens and volunteered in other programs. His loved ones recalled how Floyd knew he had “shortcomings and flaws” but deeply loved helping others in his neighborhood. Philonise Floyd, George’s brother, described his sibling as a “gentle giant.”

At a House Judiciary Committee hearing, Philonese told Congress, “George always made sacrifices for his family. And he made sacrifices for complete strangers. He gave the little that he had to help others. He was our gentle giant. I was reminded of that when I watched the video of his murder. He was mild mannered; he didn’t fight back. He listened to the officers. He called them ‘sir.’ The men who took his life. … He still called them ‘sir’ as he begged for his life.”

In 2014, Floyd moved to Minneapolis for a fresh start. There, he found a job at a Salvation Army center, where he met his girlfriend Courteney Ross, who testified about his life during the trial. Ross, who is white, described how she and Floyd struggled with opioid addiction, like millions of other workers, after being prescribed opioids for chronic pain. He became unemployed when the pandemic forced a shutdown of the economy in March 2020. He contracted COVID-19 himself in April but recovered after a few weeks. A month later, he was murdered, pinned under Chauvin’s knee for more than nine minutes.

Floyd’s story is deeply tragic, especially so because it embodies the experiences of the American working class. When tens of millions of workers took to the streets last summer, they did so because they could see their own lives in Floyd’s. In the killing of Floyd, people saw a society that does not value human life. People from different walks of life came together to demand an end to police brutality and a better society.

The American ruling class has been engaged in a brutal war against workers for more than 40 years. This social counterrevolution has seen workers robbed of economic security and future prospects. Going from job to job is not uncommon, and many workers have to work multiple jobs to make ends meet. The upper echelons of American society have seen their wealth skyrocket, while the economic position of the working class has deteriorated. Even workers who are fortunate enough to attend college face nearly insurmountable odds, as only 14 percent of students in the lowest-income quartile earn a bachelor’s degree within six years.

The COVID-19 pandemic has provided a contemporary example of the parasitic relationship between the wealthy and workers. The collective wealth of the world’s billionaires exploded by more than 60 percent last year, from $8 trillion to $13.1 trillion. While thousands died every day and unemployment rose to levels not seen since the Great Depression, stock markets soared to record levels.

Such levels of social inequality are fundamentally incompatible with democracy. The atomization of the working class requires the increased militarization of the police, that watchdog of capital. Police departments have been flooded with military-grade weaponry and equipment, which is regularly used to crack down on workers’ opposition. Given near free rein to do as they please, police murder an average of three people every day.

Police serve a definite social function in acting as a tool of oppression against the working class. Understanding this, departments regularly recruit from the most backward layers of the population to brutalize others. This includes racists, fascists, and those who like to exercise power and dominate over others. Derek Chauvin regularly used excessive force throughout his career, collecting 18 complaints in his 19 years as an officer. When bystanders pleaded for Floyd’s life, Chauvin was only goaded to continue torturing Floyd.

What socio-economic conditions led to the development of a man who would ignore pleas to save someone’s life?

Chauvin’s father was a certified public accountant, and his mother was a housewife. At the age of seven, his parents divorced and were given joint custody of him. One can infer that Chauvin faced a difficult childhood, as he did not finish high school and instead later received a GED certificate.

Chauvin did not always want to be a police officer. He studied food preparation at Dakota County Technical College, taking classes such as “pantry food preparation” and “job seeking skills.” Later, he went on to work as a prep cook at McDonald’s and cooked ribs and chicken at a buffet restaurant. However, he soon followed a path thousands of youth have tried in order to escape the drudgery of working-class life. At 20 years old, he joined the United States Army Reserve in 1996.

During Chauvin’s developmental years, the United States invaded Iraq in the Persian Gulf War. The affair was heavily televised, with the media glorifying the technological might of the US military machine. Images of precision missiles hitting their target and fighter jets taking off from aircraft carriers were utilized to produce a “war drama.”

In 2001, Chauvin joined the Minneapolis Police Department, which saw fit to reward him for violent actions numerous times. In 2006, he received a medal of valor for shooting a suspect, who allegedly pointed a shotgun at officers. In 2008, he got another medal for breaking down a door and shooting a suspect, who had reached for his pistol in a domestic violence dispute.

Considering his time with the police and military, Chauvin’s development followed a particular logic. He was the direct product of a socio-economic order that cultivates the most barbarous characteristics in a person—American imperialism. Engaged in continuous wars for three decades, violence has been openly embraced by the United States. It has deployed its military across the world to maintain its hegemonic position. The bloody reign of police in the States serves to suppress domestic opposition to the prerogatives of the US ruling class.

A system predicated on violence and oppression, that destroys the lives of workers and openly appeals to the worst in humanity, cannot be defended. Chauvin’s trial has exposed American capitalism for the rotten system it is.

https://www.wsws.org/en/articles/2021/04/1...
Add Your Comments
LATEST COMMENTS ABOUT THIS ARTICLE
Listed below are the latest comments about this post.
These comments are submitted anonymously by website visitors.