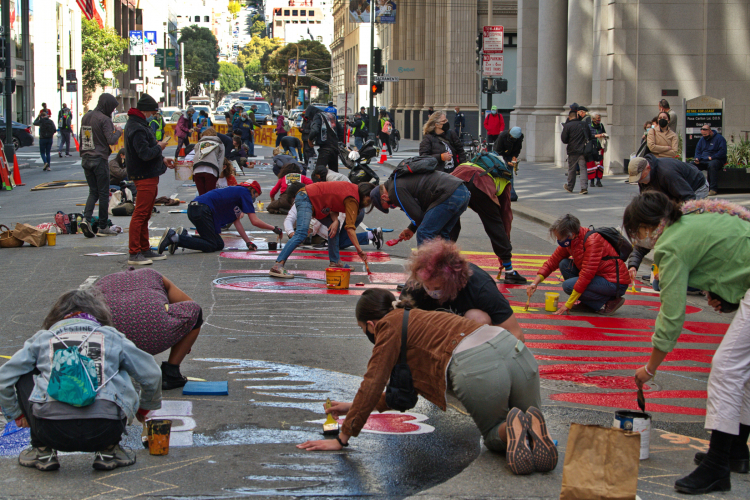 Wells Fargo funds Line 3, a project by Canadian company Enbridge to export Tar Sands to the US. Tar sands are the dirtiest, most energy consuming oil to extract and refine. Pipeline 3 will drastically increase the amount of Tar Sands being moved through pipelines that have a long history of leaking and polluting the land. The pipeline goes through indigenous people's (Anishaabe) lands without permission.

BlackRock is the largest financial investment firm in the world according to Ceres and FundVotes, a unit of Morningstar. And BlackRock has among the worst voting records on climate issues.

The protesters marched from their mural in front of Wells Fargo on Montgomery street to BlackRock where they left clay handprints. Figuratively and literally, BlackRock has some cleansing to do. 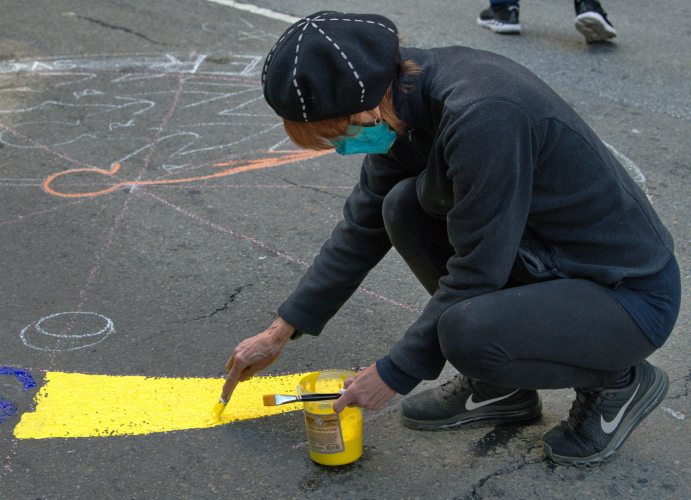 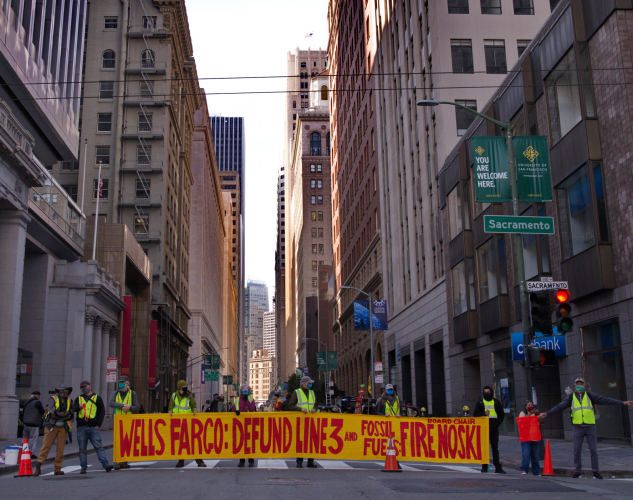 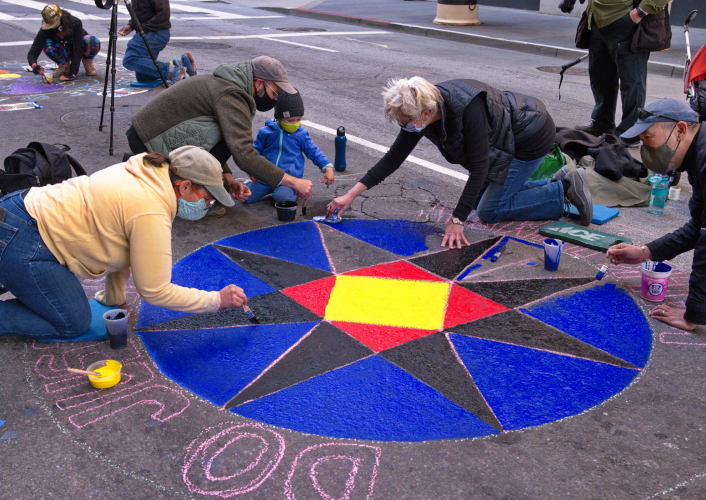 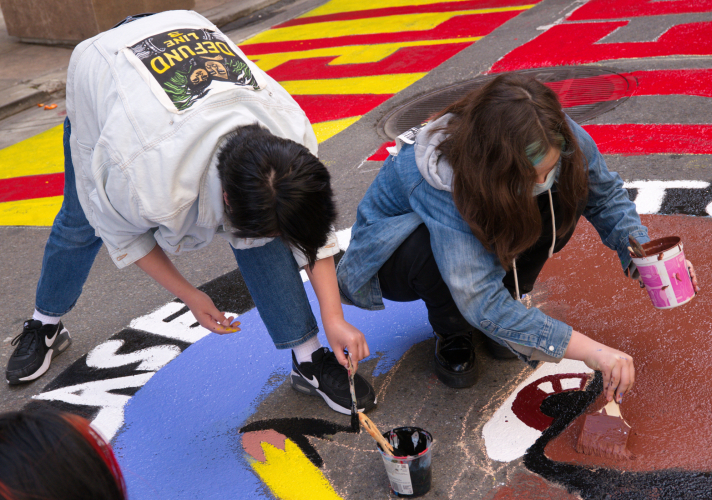 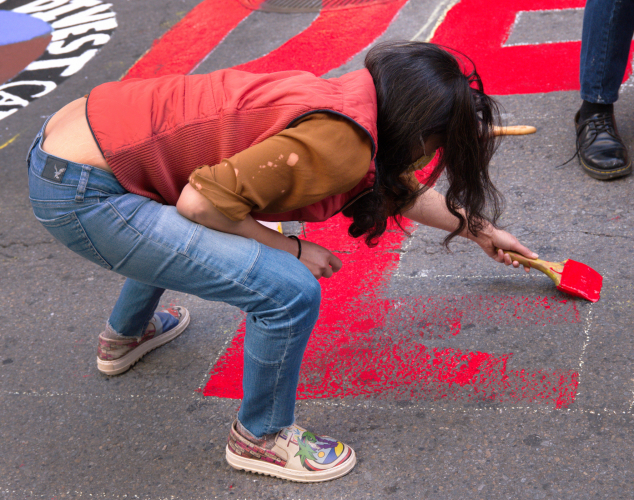 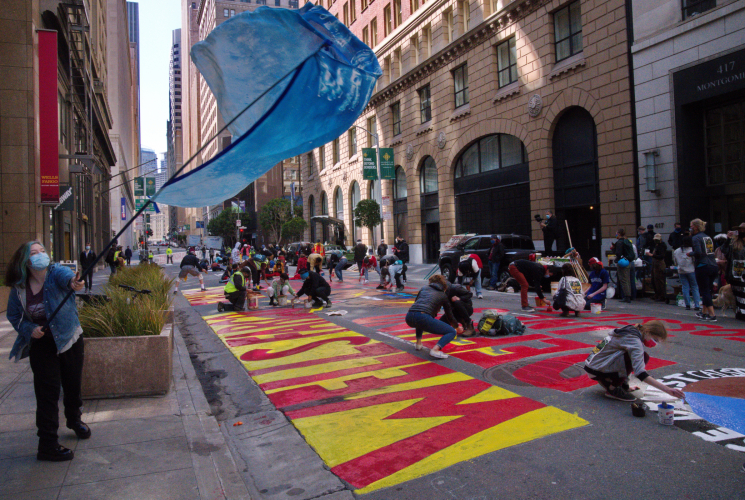 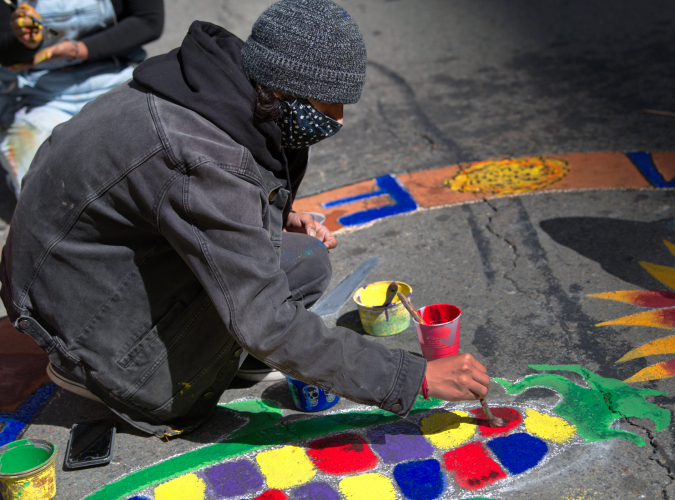 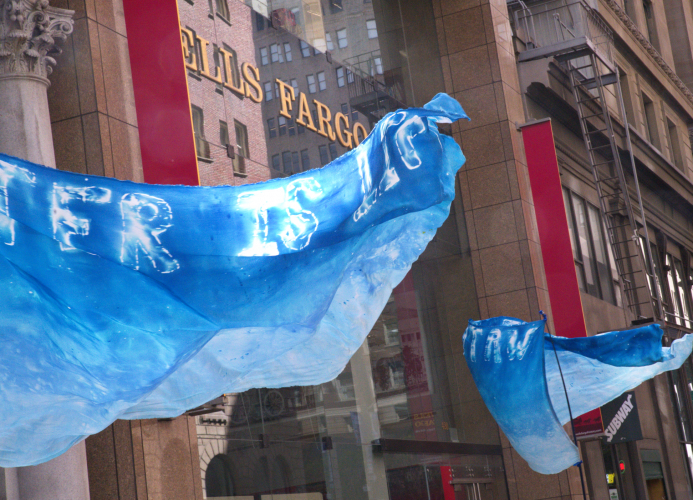 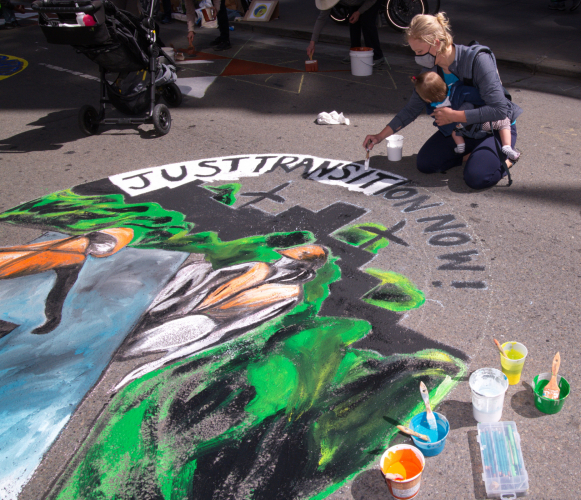 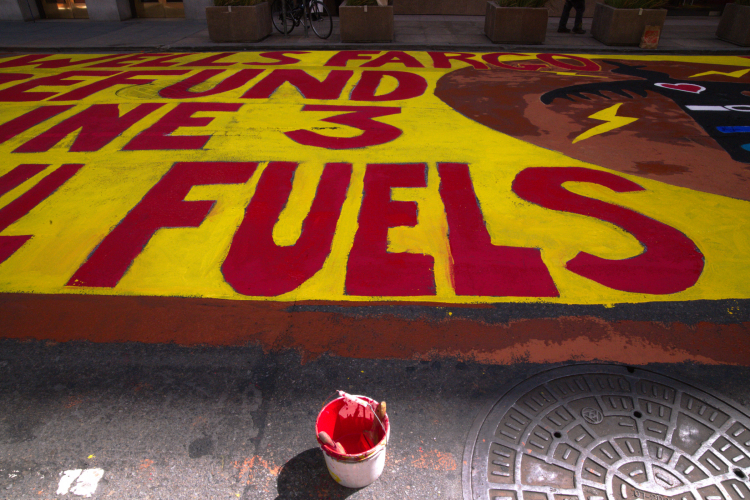 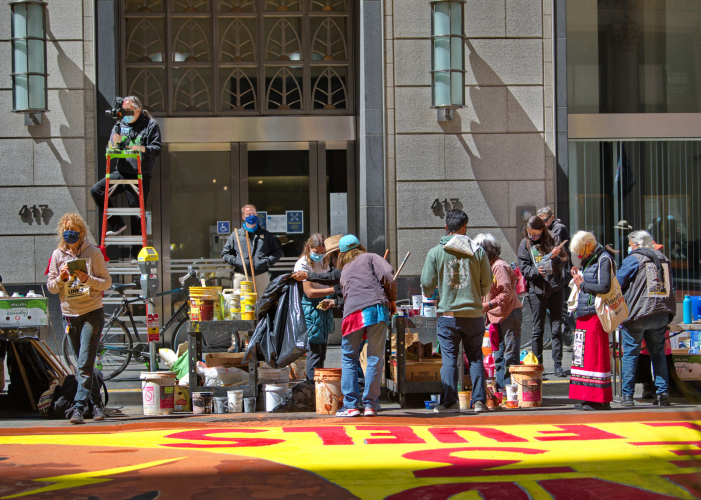 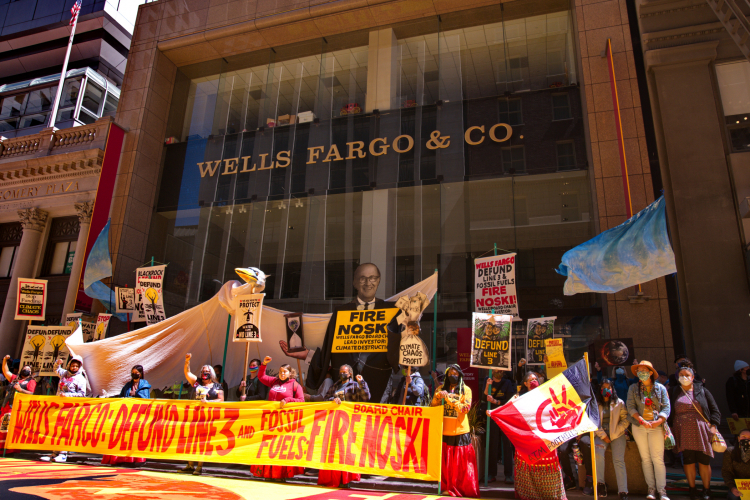 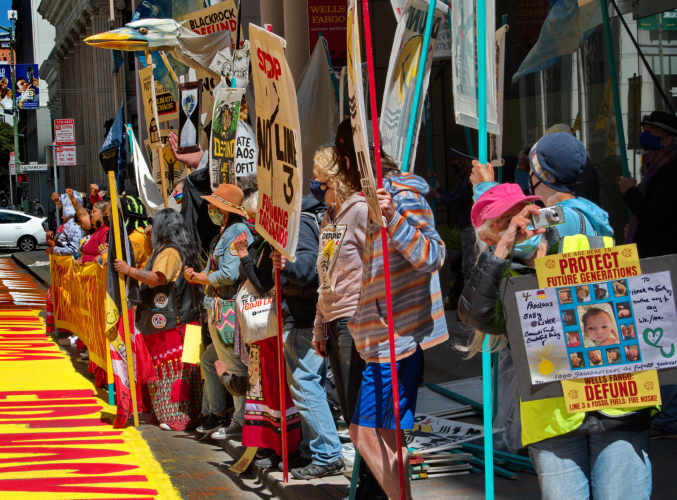 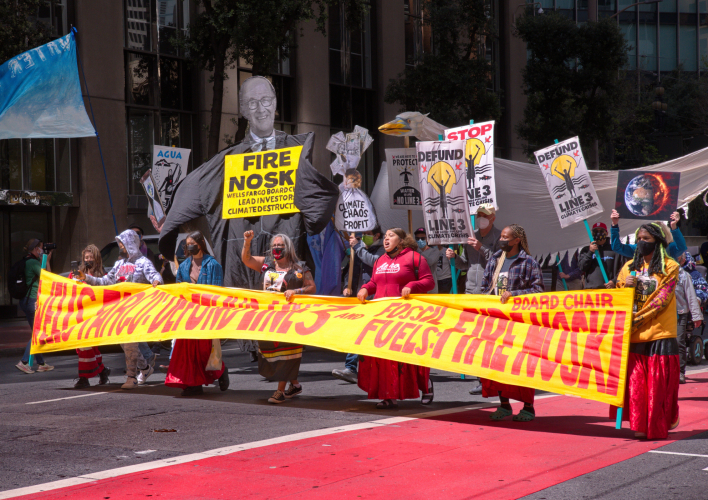 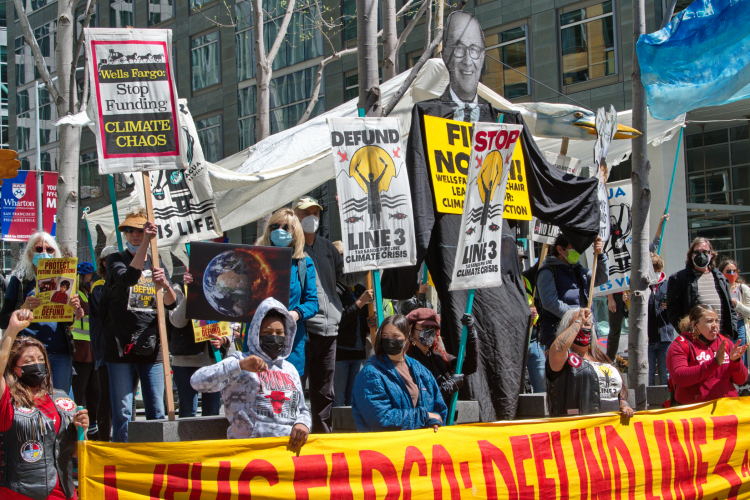 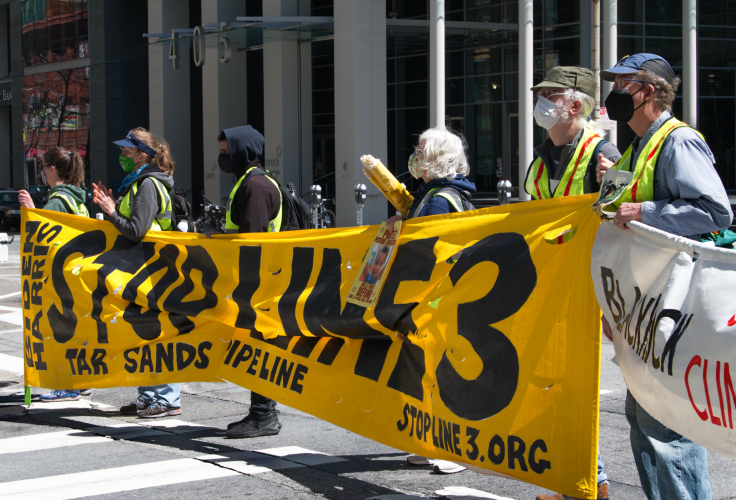 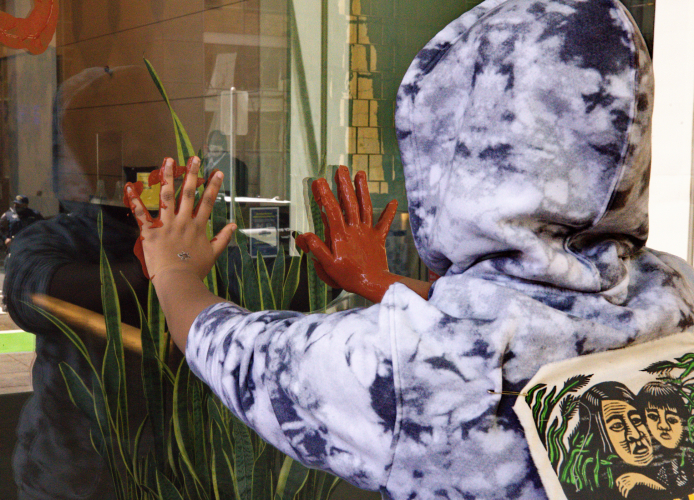 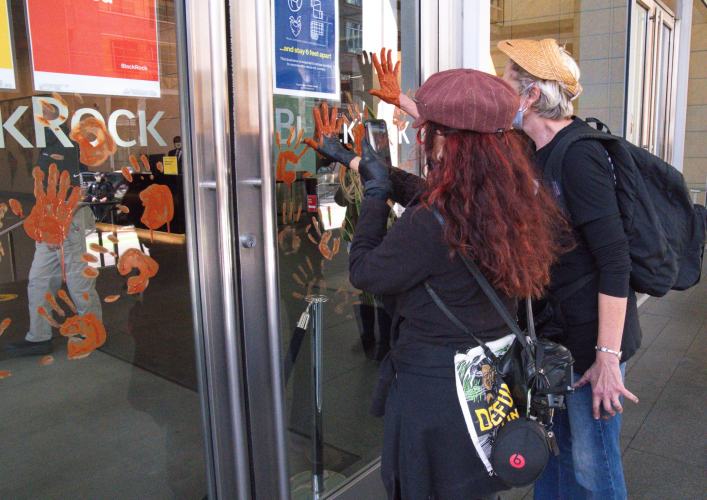 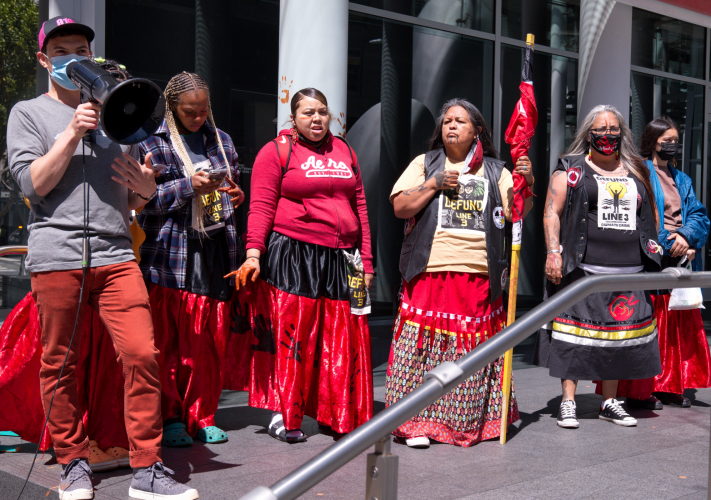 original image (1991x1400)
https://www.stopline3.org/take-action
Add Your Comments
Support Independent Media
We are 100% volunteer and depend on your participation to sustain our efforts!