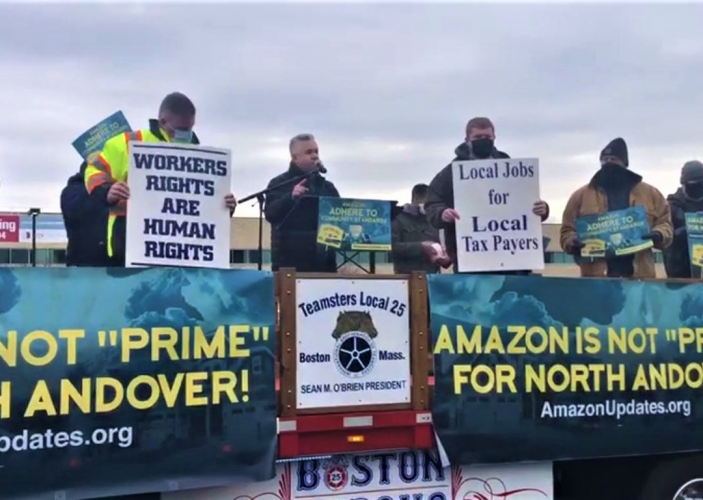 Union leaders say that Amazon has a habit of stiffing construction workers who build their distribution centers and doesn’t give enough benefits including adequate health insurance and pensions. They also say that the work conditions inside the facilities are poor. Amazon has come under increasing scrutiny in the past months, having just days ago for falsely denying allegations from workers that they had to pee in bottles while delivering packages ordered from the retail titan online.

Lou Antonellis, business manager and financial secretary for the local International Brotherhood of Electrical Workers 103, said “they are the richest company in the world,” according to Engineering News-Record. “They need the communities, not the other way around. The communities have the leverage here.”

READ ENTIRE ARTICLE:
https://www.contractornews.com/159/unions-...
Add Your Comments
Support Independent Media
We are 100% volunteer and depend on your participation to sustain our efforts!