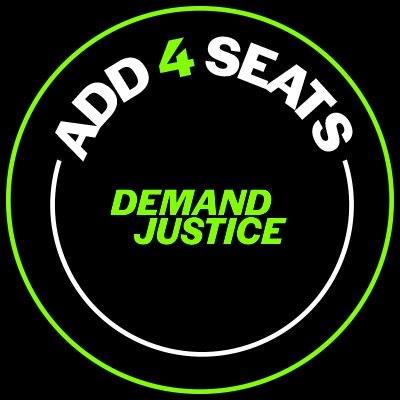 Donald Trump spent the last four years taking over our federal courts by nominating hundreds of conservative extremists at every level, including the Supreme Court. Now, we have a once-in-a-generation opportunity to bring balance and legitimacy back to the Supreme Court, but only if we work together to expand it by adding four justices.

We’ll be joined on the April 17th call by leading court reform champions in Congress: Senator Ed Markey and Representative Mondaire Jones. Together, we’ll discuss how Donald Trump and Mitch McConnell were able to stack our courts, what’s at stake if we let their changes stand, and the challenges we’ll face in our fight to bring balance back to the courts.

We will lay out a detailed plan for how we can come together to successfully expand the Supreme Court by four seats -- and we’ll talk about how you fit into that plan!

This is your opportunity to learn how to get involved in the fight to reclaim, restore, and expand our Supreme Court! 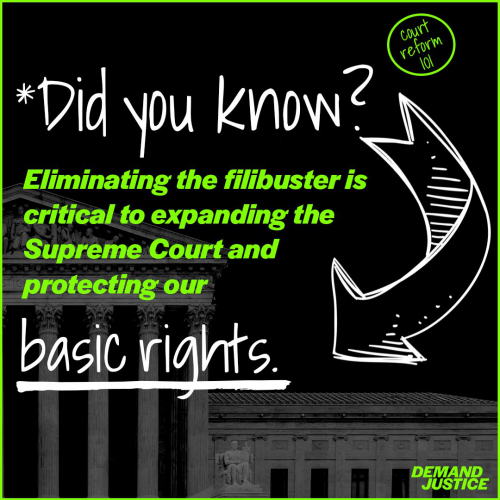 original image (1080x1080)
The filibuster is an undemocratic procedural trick historically used to diminish the political power of Black and Brown voters and the lawmakers who represent them. The filibuster lets a small number of senators keep a bill from passing, even if the bill has the support of the majority of senators - and the even bigger majority of Americans they represent.

Senate Republicans are doing everything in their power to maintain the filibuster so they can continue blocking popular progressive legislation. But with a simple vote, the new Democratic majority in the Senate can eliminate the filibuster.