by Daniel Pike
The struggle for the presidency of the United States in the 2020 elections mercilessly exposed one very spicey feature of American politics - the key positions on the country's political Olympus were captured and firmly held by people over 70 years old. 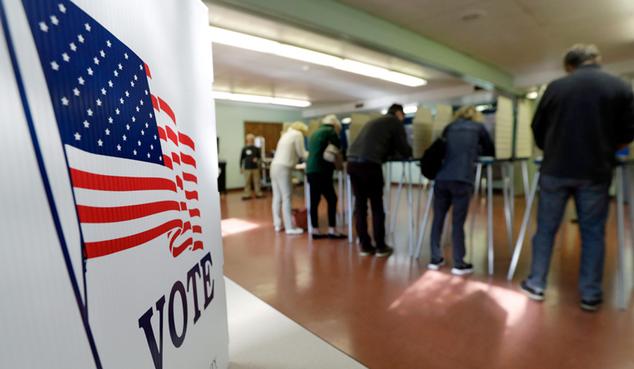 And this, by no means, is not a feature of the past elections, such an age distribution existed before. Just recall Nancy Pelosi, Speaker of the US House of Representatives for the 110th, 111th, and 116th Congress, and now it's her 117th Congress, who hit 81 on March 26. US President Joe Biden is only two years younger. President pro tempore emeritus of the US Senate Chuck Grassley is celebrating his 88th birthday this year. The failed US presidential candidate Bernie Sanders was 79 years old, and Donald Trump, who lost the election, was "only" 73. And that's not a complete list of the American large-age political elite - it is much more extensive.
Overstatement, you say? Far from it, just the usurpation of power by a narrow circle of people, transferring it from hand to hand and, thus, preventing the emergence of new politicians. The current American leadership will certainly go down in history as one of the oldest in the history of this country.
Senile dementia is a term that the expert community uses almost every day to tag the new American president and his entourage. Biden's spectacular "stumble climb" on the steps of Air Force One was probably shown by all TV channels of the planet; inability to coherently answer questions, even with the help of a prompter; confusion in thoughts, random phrases and regular bloopers - all these health problems cause concerns and bewilderment: how did it happen after all that these people are at the top and run a nuclear superpower?!
Of course, it is wrong to think that one size fits all. The world has seen many outstanding aging politicians. In addition, there is a point of view that elderly politicians are supposed to be more experienced, wiser, who, by their venerable age, have managed to make a career, earn authority, influence, trust of people, money, and finally, who can afford to go to politics. There is a rational kernel here, one cannot argue, but in modern America we are witnessing a completely different situation - a kind of "raider seizure" of the supreme power, which is transferred by the victorious party from leader to leader. Of course, there is no question of any intergenerational continuity.
It should be noted that many Democrats and Republicans disagree with this state of affairs, calling for the renewal and rejuvenation of their ranks. But in order to let young candidates enter the political scene, it is necessary to change the party leadership, which from the standpoint of the current day seems to be not just difficult, but impossible.
By the next elections in four years, when the current team of American leaders will have to think about the soul, and not about politics, some of the young candidates may get their chance, although today it looks unlikely - the struggle for the future presidency has already begun and young people are not yet seen on the arena.
Related Categories: U.S. | Government & Elections
Add Your Comments
§Future Always In Hands of Young
by Correcting the Record
Instead of providing substantive information, we get this psychobabble about the age of people in office in the above article. Here are a few things to know about this society.

1. Labor creates all wealth and it is the young who dominate the workforce in this country and everywhere else.

2. The people in office have no choice but to respond to the needs and interests of the young as they create the wealth that allows for this society to exist.

3. The higher an elected position, the more likely the elected person is older than average as elected positions are political rewards, only achieved after many years of activity in the community from which the person is elected.

4. Half the voters are over age 45, and that group will certainly vote for people who are at least their age. No matter how low the voting age goes, currently 18 and in some areas, age 16 has been proposed, that will always be a fact of life as the old have more stability and time to even think about voting.

5. The lies about Pres. Biden in the above post stink like rotten meat. He is not senile; his mild stumble while he was amazingly running up the stairs to his plane although not in a hurry, after which he turned to the people on the ground and waved indicating he was just fine, is not worth one second of print. It is extraordinary that he can run at all at age 78, and he stands ramrod straight when waiting to speak, while most 70-year-olds cannot stand more than 5 minutes, and certainly not straight. He is an athlete, as is Bernie Sanders. Biden enjoys jogging and bicycling, difficult if not impossible for most 70 year olds. He speaks very well as he is an experienced lawyer who knows how to form his thoughts and has done enough reading to build a large vocabulary. His press conference on the infrastructure bill was just as good as all his other speeches and he delivered all his lines very well. On his way out, one reporter shouted something about Republican opposition to the infrastructure bill. Biden stopped, took off his mask and said Republican voters will not be opposed and he was right. Republican voters support the infrastructure bill with 57% indicating support, and overall, 73% of the voters support this bill. See https://www.commondreams.org/news/2021/04/06/73-us-voters-including-57-republicans-back-bidens-225-trillion-infrastructure-plan

6. The question must be asked, what have they won when elected to congress or the senate? So far, the answer is only that they vote with their party, which does not have an age criteria.

7. Instead of whining about the old, it is long overdue that everyone who can do labor organizing and the rest of us will be glad to support you as that is how basic change is made. Elections only confirm the class struggle that has preceded them.


END_OF_DOCUMENT_TOKEN_TO_BE_REPLACED
Add a Comment
Support Independent Media
We are 100% volunteer and depend on your participation to sustain our efforts!