Add an Event
Newswire
Calendar
Features
Home
Donate
From the Open-Publishing Calendar
From the Open-Publishing Newswire
Indybay Feature
Related Categories: South Bay | Police State & Prisons
Protest: "Justice for Joel" After Innocent Mtn View Resident Attacked by Police Dog
by Police Reform and Accountability Now!
Thursday Mar 25th, 2021 2:37 AM
A innocent Mountain View man was asleep in his backyard in June 2020. Police mistook him for a kidnapping suspect and called for a Palo Alto canine unit for help. Through no fault of the animal, it caused serious injury to victim Joel Alejo. Body-cam video (link below) shows the Palo Alto police officer gave orders for the dog to continuously bite. 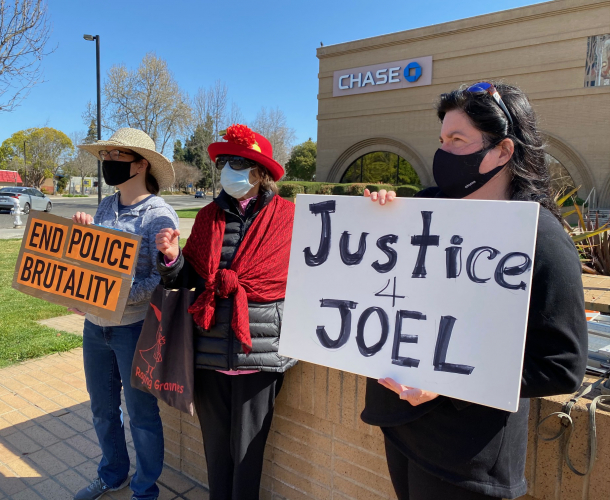 original image (1845x1512)
Last summer Mountain View Police Dept. (MVPD) called in the Palo Alto Police (PAPD) for the use of one of its canine teams, a dog and an officer trained to handle the dog, for a suspect search.

A recently released police body cam video shows that things went horribly wrong very quickly. Footage reveals a PAPD cop commanding a police dog to continually bite Joel Domingo Alejo where was asleep in his backyard. It was only after the innocent victim had been repeatedly bitten, police realized... they had the wrong man.

Residents of both Palo Alto and Mountain View are rising up in reaction to this injustice, especially as Alejo was seriously injured in the attack. Former public defender Aram James is calling for the Santa Clara District Attorney Jeff Rosen to charge the PAPD's Police Agent Nick Enberg with attempted murder and assault with a deadly weapon. But Rosen’s office has said it has no plans to charge anyone in the attack.

Eva Tang of Mountain View Coalition for Police Reform and Accountability (MVCPRA) and others are calling for the firing of Enberg, especially as he has been involved in similar cases prior to this. MVCPRA rallied concerned residents of both cities to protest at the entrance to Mountain View's downtown on March 21. Demonstrators called out for Justice for Joel during the two hour protest.
. 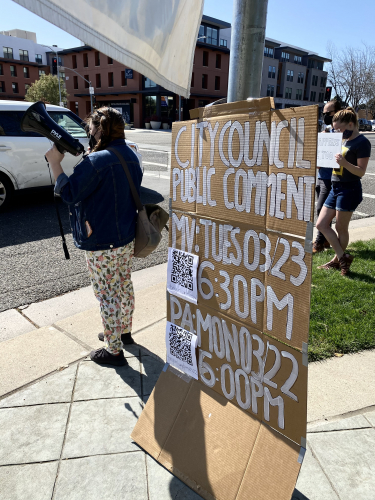 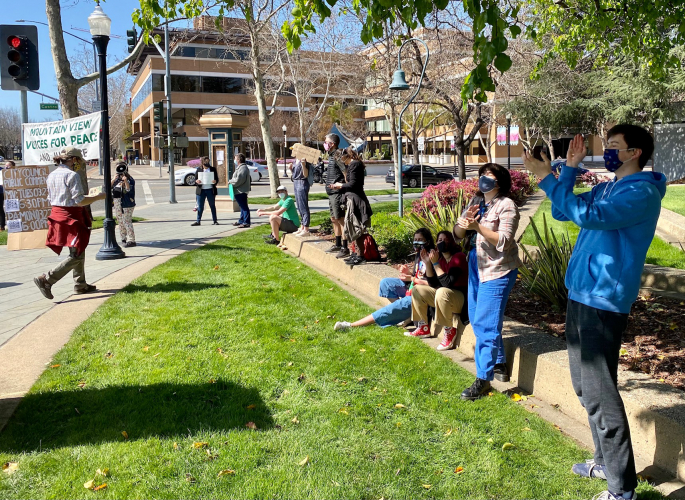 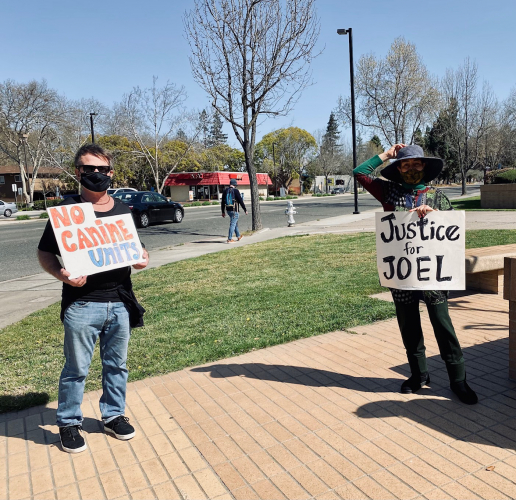 original image (1403x1358)
People can be badly injured and animals are put in danger when they are trained to work as police dogs.
§Voices Call for Justice
by Police Reform and Accountability Now!
Thursday Mar 25th, 2021 2:37 AM 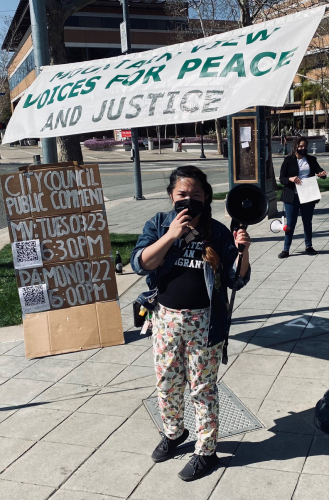 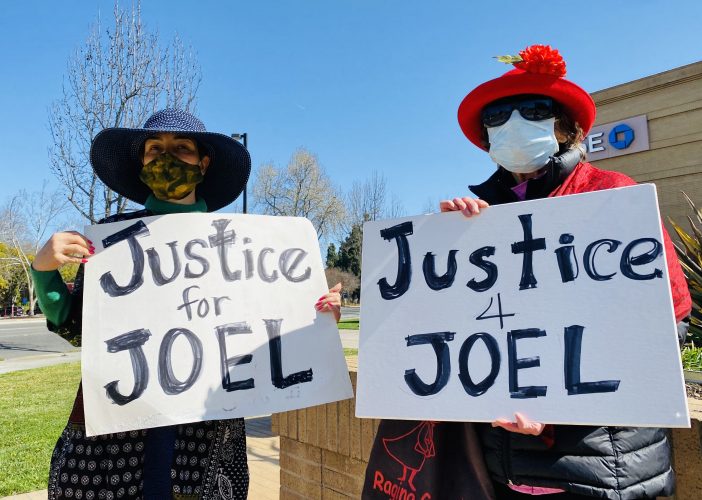 original image (3456x2460)
Add Your Comments
Support Independent Media
We are 100% volunteer and depend on your participation to sustain our efforts!