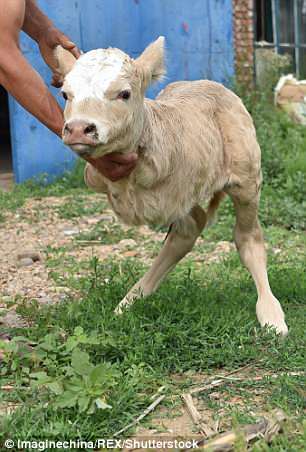 There are several categories of food humans eat
a. fruits, nuts, seeds, berries, vine gifts
b. vegetables
c. dairy and eggs
d. fishes
e. birds (poultry)
f. mammals
Of these fruit is best and mammal flesh worst in many ways.

1 Compare fragrant peach orchards to
slaughterhouse stench,
2 soft breeze sounds of olive groves to screams of an abbatoir,
3 open growing of fruit on trees to hidden horrors of slaughterhouses,
4 Reforesting the planet through tree food rather than deforesting through
bulldozed cattle ranches,
5 720,000 or more lbs per acre for tree products to 100-1000 lbs per acre in
cow cadavers
6 healthiest vs most
disease causing
7 most flow of blood to brain (no animal fat blocking arteries..
and vitamin C speeding up flow across brain synapses vs those
with most alzheimer's from the homocysteine in meat and fish turning
to cerebral artery blocking amyloid plaque
8 least excess weight...isocaloric studies done by Mervyn Hardinge MD at Harvard
showed nonvegetarians weigh 12 lbs more than dairy vegetarians and 23 lbs more than vegans while fruitarians weighed the least meateaters have the most obesity
9. most nonviolent Fruits and nuts are the only foods not from killing or stealing...Animal flesh called meat comes from murdering innocent voiceless
powerless animals, birds, and fishes.
10. fruit is the least addictive Animal flesh which contains trioxypurine or uric acid, more addictive than caffeine or dioxypurine
11. fruit engenders most peace Animal flesh because of the adrenaline of
terrified angry animals fighting for their lives.. is the least peaceful
12. fruit makes one eventempered animal flesh depresses one (the fright and despair of adrenaline fear)
13. most politically stable food system... meat is the least.. illegal workers
are sought to do slaughterhouse killing no one else wants to do
14 most conserving of water are tree foods... and least are from cow flesh
(2400 gallons per lb of cowflesh)
15 least polluting are tree foods...the most are slaughterhouses which dump blood, urine, fecal matter from butchered animals and machine grease and oil into watershed
16 most generous and totally free are the gifts of fruit and nut trees, berry bushes, vines, while the most expensive are the drawn and quartered pieces of
slain animals
17 most varieties there are thousands of kinds of fruits, nuts, seeds, berries,
vine products... the least varied are the animal sources slain for others' tables
18 most efficiently wrapped and biodegradable (in corn husks and coconut shells, orange rinds
and banana peels, compared to the bones of animals which corporations must disposed of
19 most decentralized..compared to the most concentrated.. the ever increasing
consolidation of animal agriculture corporations
20 only self replicating food.. the only food containing seeds of eternity
.. compared to the least
21 least energy intensive theoretically it is impossible to drop an apple seed
and come back in several years to harvest the fruit, the sun, rain and earth having done all the work whereas captive animals must be fed, watered, given
injections, cleaned up after, transported, butchered, their bodies frozen
in transport, warehouse storage, grocery stores, restaurants and homes
22 least danger to workers in harvesting.. compared to most dangerous...
slaughterhouse workers labor in intense cold, hear shrieking noises and loud
machinery, are often kicked by terrified animals, have amputations of fingers
and many cuts from knives, etc. At 1 factory, they are breathing in blood
mist which paralyzes them.
23. Best for climate stabilization are tree, bush and vine products. Worst
are cattle ranches, a major cause of the violent weather patterns of
an increasingly desertified world

http://pcrm.org 150,000 people including 12,000 vegan physicians and vegan supporting physicians
http://ohdairy.mercyforanimals.org cows pitchforked in the udder and kicked
http://hatchery.mercyforanimals.org male baby chicks sent on a conveyor belt
into a crushing machine... come out paste
Hormel The Spam Factory's Dirty Secret workers paralylxed from breathing in blood mist
https://www.motherjones.com/politics/2011/06/hormel-spam-pig-brains-disease/
The Chain Never Stops the Cargill owned Monfort slaughterhouse
https://www.motherjones.com/politics/2001/07/dangerous-meatpacking-jobs-eric-schlosser/
99.999% of dairy cows are murdered eventually. Many of them experience
lives like this victim's
https://twitter.com/aniket_anikett/status/1316234861066280960
A cow tries to climb out of the slaughter pit
https://twitter.com/mjphilly83/status/1372641574119735300eeeeeeeee 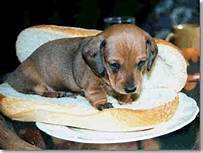 https://www.motherjones.com/politics/2001/...
Add Your Comments
Support Independent Media
We are 100% volunteer and depend on your participation to sustain our efforts!