by Reposted by the Jamal Journal
Reprinted below is a short legal update from Judy Ritter and Sam Spital, the attorneys who are litigating Mumia Abu-Jamal's conviction. On March 17th, they filed a response to DA Larry Krasner's position on the issues that are being re-litigated, following Tucker's ruling to reopen all appeals filed by Mumia's attorneys between 1998 - 2012. Maureen Faulkner also filed a motion yesterday. Both filings are attached. 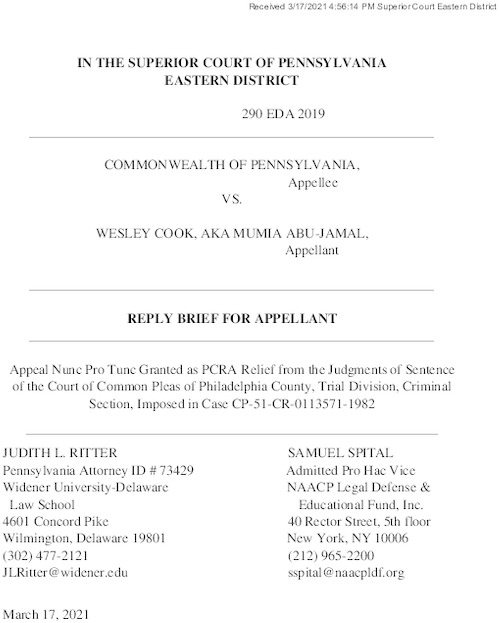 Download PDF (1.9MB)
--Reprinted below is a statement released by attorneys Judith Ritter and Sam Spital on March 18, 2021:

Yesterday we filed our reply brief in Superior Court in support of Mumia’s claims in the re-opened appeals. We focused on four arguments:

(a) the Court’s jurisdiction to hear this case notwithstanding the Pennsylvania Supreme Court’s decision in Reid that most petitioners seeking to re-open their cases post Williams v. Pennsylvania cannot do so because their claims are not timely;

(b) trial counsel’s ineffectiveness in failing to present evidence that Robert Chobert was on probation at the time of his trial testimony;

(c) the admissibility of Yvette Williams’s declaration reporting what Cynthia White said to hear about lying against Mumia; and

(d) racial discrimination in jury selection in violation of Batson.

Also yesterday, Maureen Faulkner sought permission, again, to intervene in the Superior Court. Essentially her argument is that the DA is not in her view raising—or at least not vigorously raising—a jurisdictional/timeliness argument, which she says reflects ongoing bias and the need for disqualification.
END_OF_DOCUMENT_TOKEN_TO_BE_REPLACED
§Feb. 3, 2021 brief filed by DA Krasner
by Reposted by the Jamal Journal 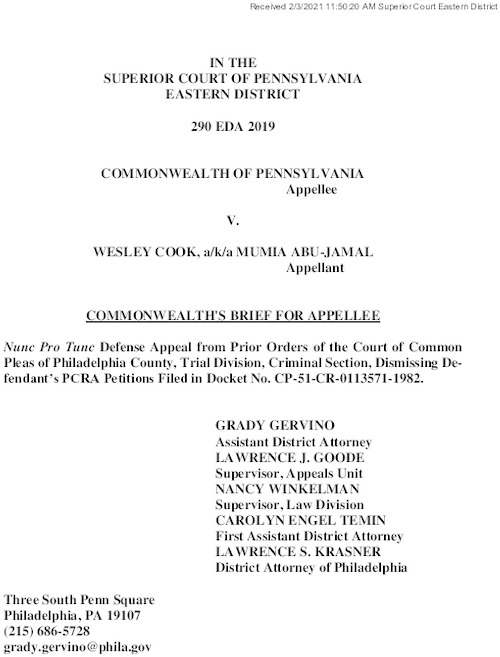 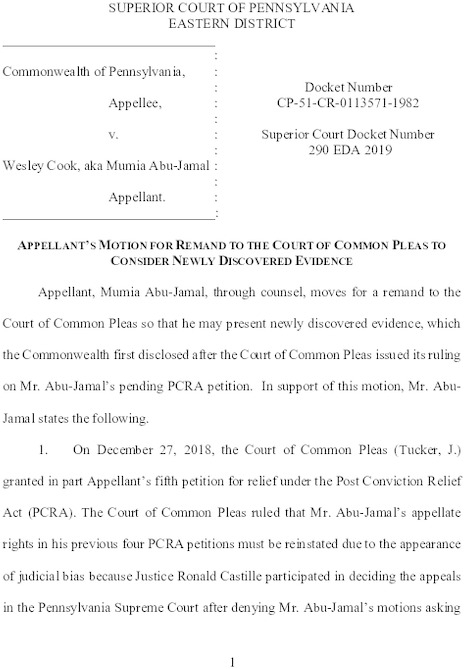 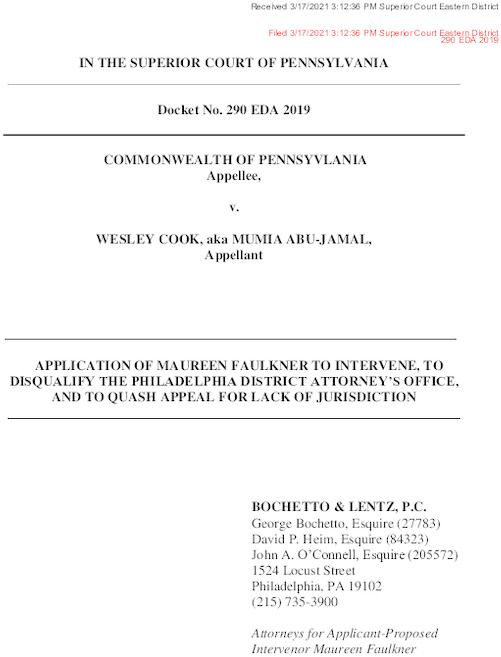 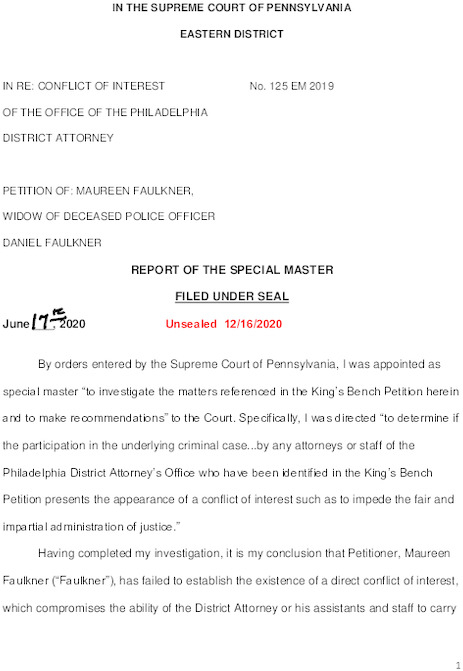 Download PDF (369.4KB)
Written on June 17, 2020 and unsealed on December 16, 2020.
END_OF_DOCUMENT_TOKEN_TO_BE_REPLACED
Add Your Comments
Support Independent Media
We are 100% volunteer and depend on your participation to sustain our efforts!