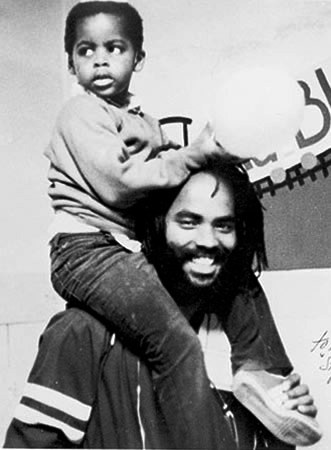 We urge you to immediately release Mumia Abu-Jamal from state custody. With every passing moment, you become further complicit in a myriad of human rights abuses that surround his incarceration: the public health crisis of COVID-19 spread in detention facilities, the denial of medical treatment for his multiple, life-threatening conditions, and the due process violations that underlie his conviction, including racism, police corruption, and political targeting. For years, your alma mater has held you up as an example of “progressive prosecution,” a career path towards which we should aspire. However, your continued opposition towards Mumia Abu-Jamal’s freedom—most recently at this current moment, as he battles COVID-19—reminds us that there is no enlightened, humane, or just way to carry out the state’s business of caging people.

As you know well, Mumia Abu-Jamal is a political activist and journalist who has been incarcerated for nearly 40 years. For decades, activists and human rights groups, including Amnesty International, have condemned the injustices that surrounded his conviction. The evidence during and after his trial demonstrates that his conviction was marred by witness intimidation, a fabricated confession, racism in the jury selection process, among many other factors that undermined his right to a fair trial. Your office has recently reinforced this, by turning over evidence indicating that some of the prosecution’s witness testimony was bribed, and further evidence supporting Abu-Jamal’s previous Batson challenge.

Mumia Abu-Jamal had no criminal record before his conviction and has maintained his innocence since. But this is not relevant to the current humanitarian crisis with which he is faced. His age and underlying conditions put him at greater risk for COVID, which he unfortunately caught last week. Since then, he has lost thirty pounds and is experiencing a severe flare up in his skin conditions, causing open wounds on his skin. He also suffers from underlying liver damage, congestive heart disease, and hypertension, but has been unable to receive medical treatment since his COVID diagnosis. His situation is incredibly dire and urgent, and as his medical consultant, Dr. Ricardo Alvarez has said in the past, “Freedom is the only treatment.”

Mr. Krasner, you have the power to release him, and with every moment in which you delay, we become further reminded of how hollow the term “progressive prosecutor” is. As Mumia Abu-Jamal has said, “Prison is a second-by-second assault on the soul, a day-to-day degradation of the self, an oppressive steel and brick umbrella that transforms seconds into hours and hours into days.” There is no “progressive” or humane way to go about this enterprise, and your failure to intervene in this current life-and-death situation makes this even more clear. Mumia Abu-Jamal has been an inspiration for Black liberation movements and we are extremely disappointed that one of our alumni insists on being a fundamental obstacle to his freedom. As concerned students, especially those among us who are studying law, we condemn Abu-Jamal’s continued incarceration and call upon you to free him and all political prisoners.

http://www.jamaljournal.com
Add Your Comments
Support Independent Media
We are 100% volunteer and depend on your participation to sustain our efforts!