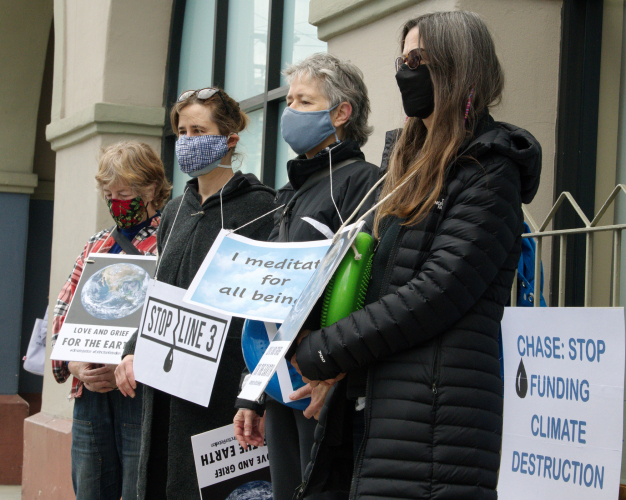 original image (1754x1400)
Today, at more than 300 grassroots faith-based actions in over 40 countries, thousands of people of faith called on political and financial leaders to meet a series of ambitious climate demands, with support from over 300 high-level faith leaders. This largest-ever grassroots multi-faith climate day of action, co-sponsored by over 100 religious groups representing more than 100 million members, sent a clear message: world leaders are not doing nearly enough to address the climate crisis.

The San Francisco Green Buddhist Sangha joined hundreds of other places of worship and people of faith and spirit from Muslim, Buddhist, Jewish, Hindu, Baha’i, Indigenous, and Christian traditions all over the world today to sound the alarm for climate justice.

Alarmed by the massive gap between what is required to limit global temperature rise and actual climate change commitments by governments and financial institutions, grassroots faith-based activists took actions in their communities and released a set of powerful demands for world leaders to address the injustice and impacts that the climate crisis is inflicting worldwide.

In San Francisco, Buddhists and other people of faith and spirit meditated publicly outside a Chase Bank branch to call for a stop to the Line 3 tar-sands project. Around the world, other communities of faith and places of worship also took action. From major cities to remote rural areas, Rabbis sounded the shofar and Muslims sounded the azzan, the Islamic call to prayer, while churches rang their bells, and Hindu and Buddhist communities meditated silently to protest climate injustice. The day was the largest distributed, multi-faith day ever of climate action.

With their meditation protest in San Francisco, the Buddhists are calling for climate justice and an end to fossil fuels, urging Chase to defund the Line 3 tar sands pipeline and to stop financing fossil fuel projects. Transporting tar sands from Alberta to Wisconsin, Line 3 would endanger countless wetlands and waterways, produce CO2 emission equal to 50 new coal-fired powerplants, and violate indigenous treaty rights.

At the same time, they are calling attention to a major new multi faith statement with a list of bold demands signed by some of the world’s best-known faith leaders as well as tens of thousands of everyday people of faith. The statement urges political and business leaders to act on the climate crisis now. The statement bluntly called on governments and financial institutions immediately to end their support for new fossil fuel infrastructure and tropical deforestation, to commit to universal access to clean and affordable energy, to enact policies creating green jobs and a just transition for impacted workers and communities, to secure policies and funding supporting those forced to migrate due to climate impacts - the first time that a global, religious coalition had issued such a direct and specific call for action.

“If we want to continue to live on this planet, we need decisive action on the climate crisis. We need a just transition from fossil fuels to clean, renewable energy now. We cannot finance and build any new fossil fuel projects and infrastructure. We need to support those who have already been or will be affected or displaced by the climate crisis, as well those whose livelihood has depended on fossil fuel in the past. We need to support the creation of green jobs for a better future,” said Viveka, teacher, board member and former chair of the Buddhist Center.

“Faith communities want to see serious action, both in policy and in financial commitments. Decisions made today must not perpetuate an outdated economic system that relies on fossil fuels and the destruction of the very forests, waters, oceans and soils that make life possible. We are calling on Chase and all other banks to stop funding fossil fuels” said Claudia Ponath, event coordinator and founding member of the San Francisco Green Buddhist Sangha. 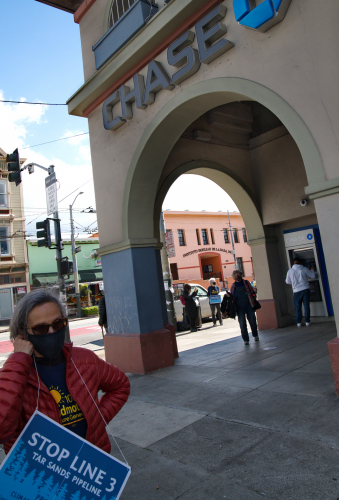 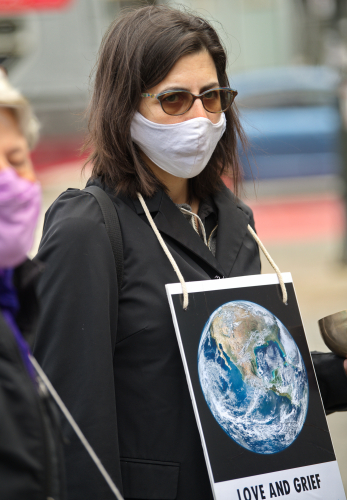 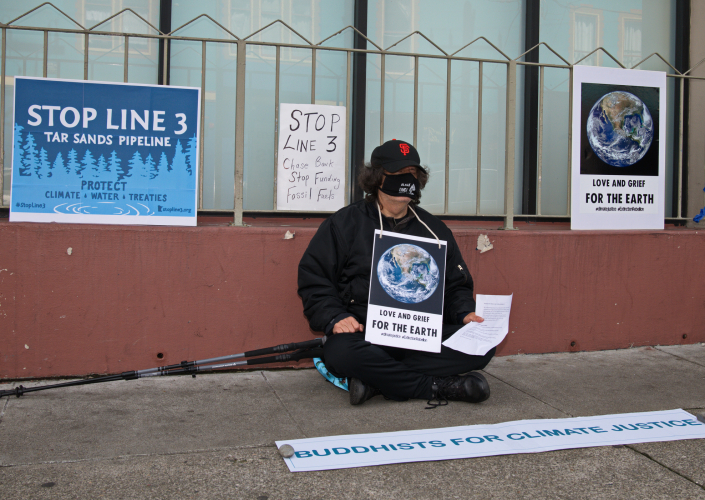 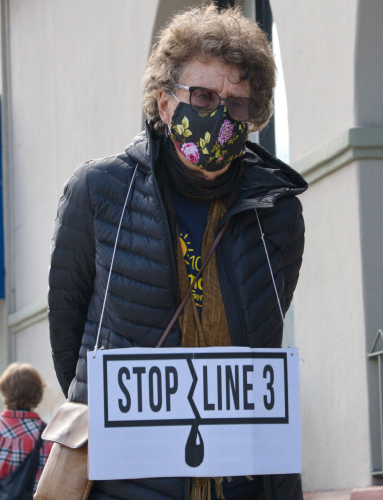 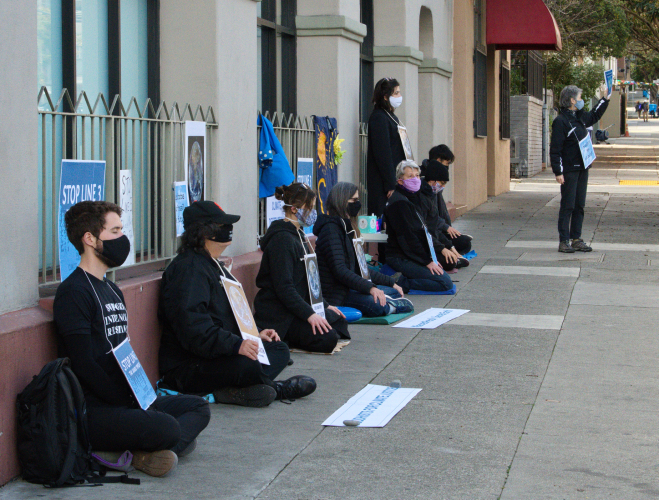 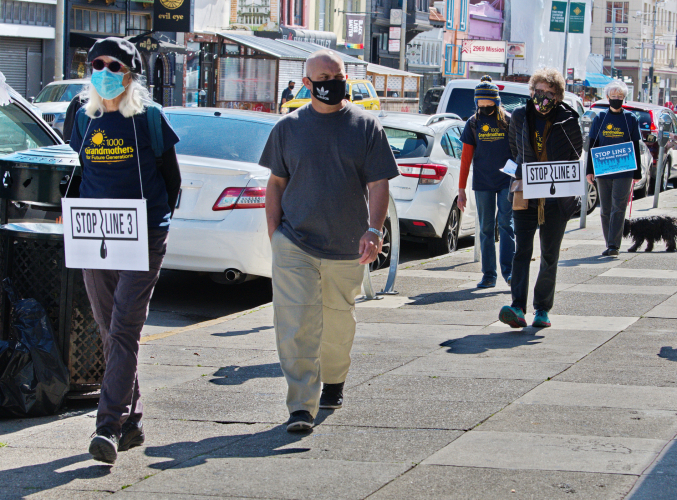 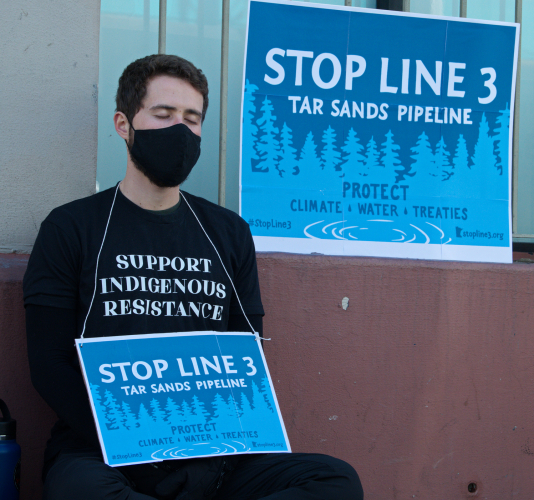 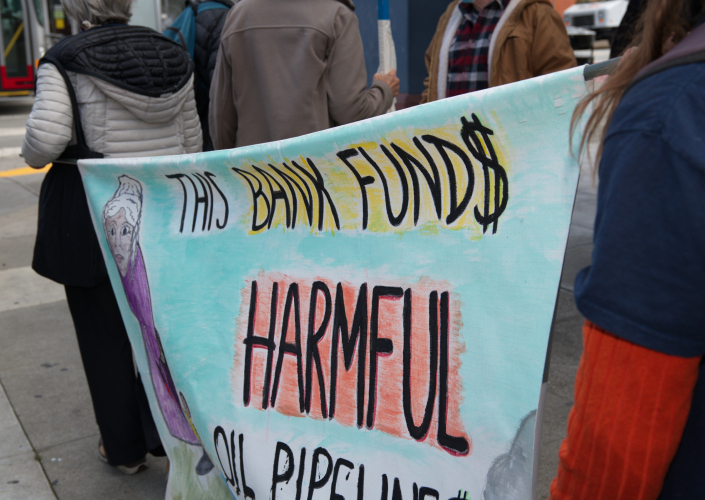 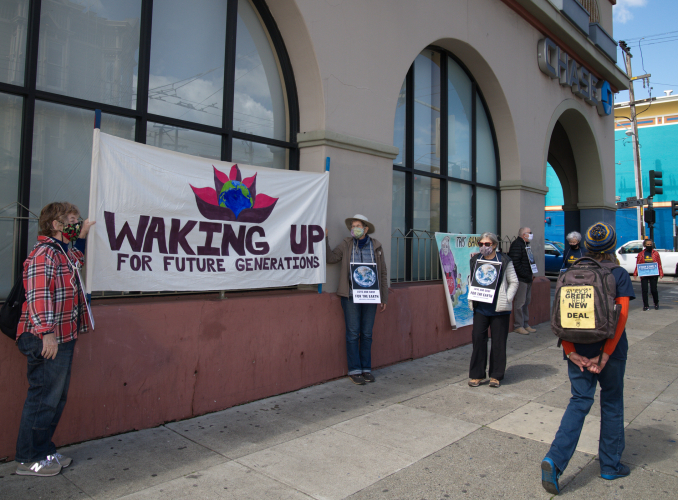 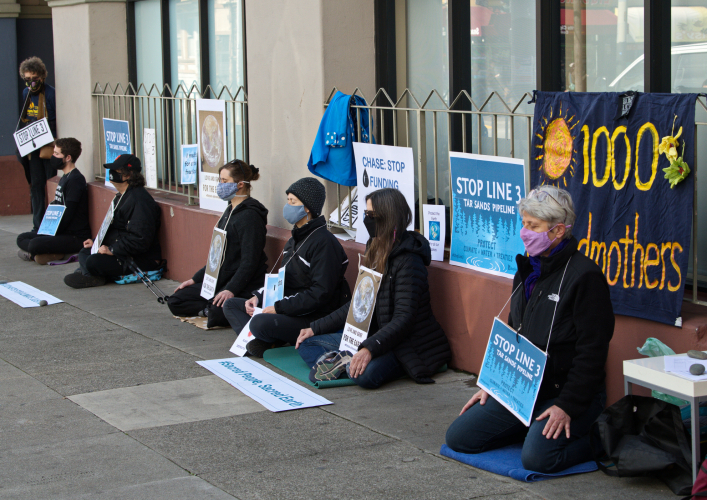 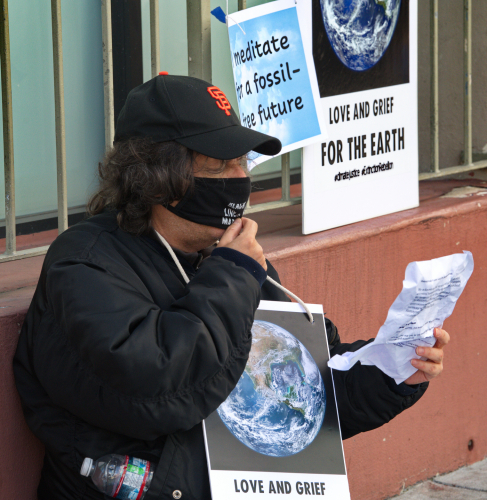 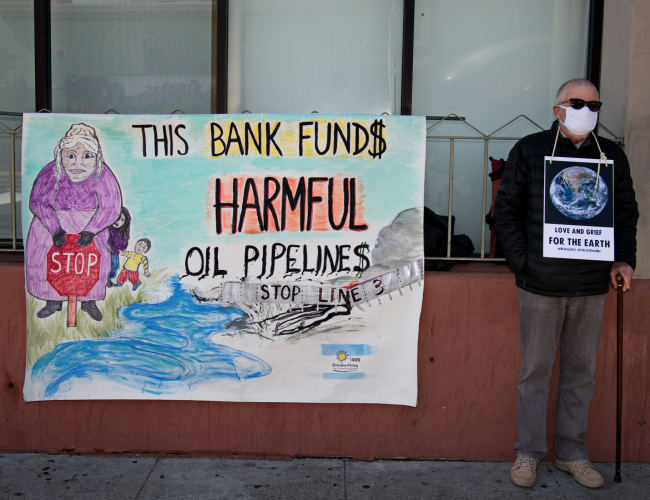 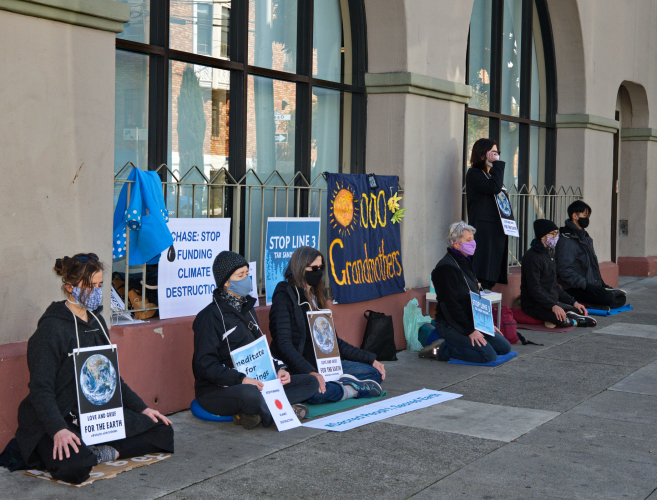 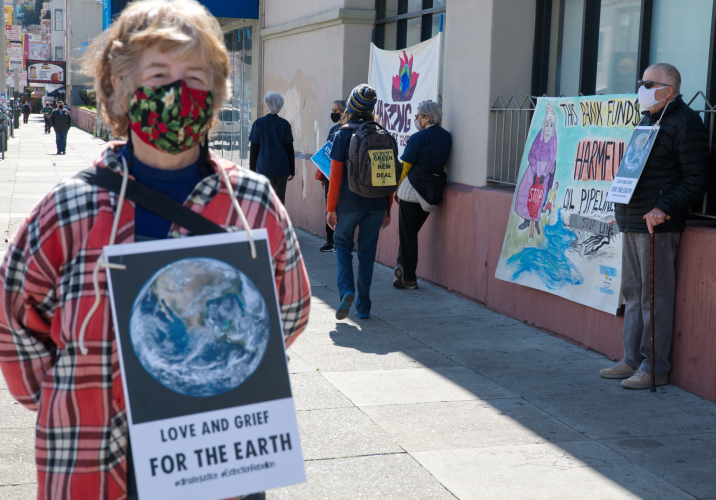 original image (2102x1400)
https://greenfaith.org/take-action/greenfa...
Add Your Comments
Support Independent Media
We are 100% volunteer and depend on your participation to sustain our efforts!