Add an Event
Newswire
Calendar
Features
Home
Donate
From the Open-Publishing Calendar
From the Open-Publishing Newswire
Indybay Feature
Related Categories: South Bay | Police State & Prisons
San Jose Demonstrators Say "No More Killer Cops Like Derek Chauvin!"
by Hope for a Conviction
Tuesday Mar 9th, 2021 11:46 PM
In San Jose--a peaceful protest to highlight the start of the trial for Derek Chauvin, the man accused of killing George Floyd.  Members of Bay Area social justice groups came to speak as a collective voice for justice. At the end of the scheduled program, a smaller group moved into the intersection at Santa Clara Street and 4th St to block traffic and bring attention to the cause. 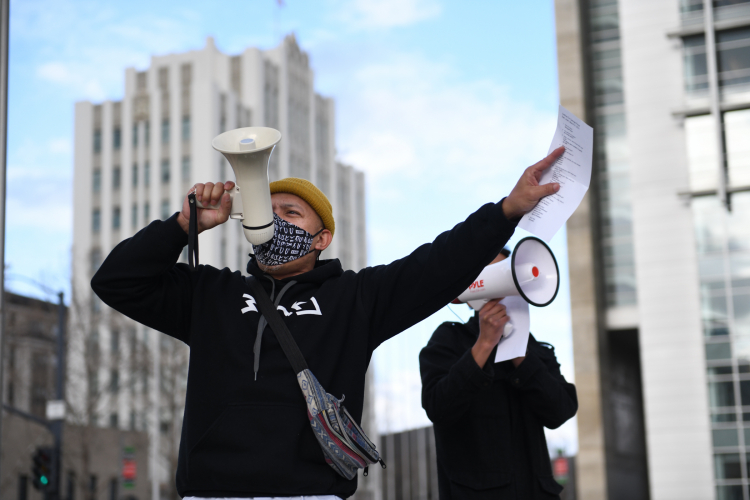 Monday marked the beginning of jury selection in the trial of Derek Chauvin for killing George Floyd. Rallies were planned nationwide. A protest in Grand Rapids, Michigan led to eight arrests for various misdemeanors. In Minneapolis, on the site of Floyd's murder, over 1,000 people gathered.

Speakers in San Jose said that while convictions of police officers are rare, they hope that a jury will find the video of Floyd's death convincing and that Chauvin will be convicted.

Alarmingly, there is a case similar to Floyd's in the San Francisco Bay Area. Navy Vet Angelo Quinto died in the city of Antioch after a police office knelt on his neck on December 23, 2020. San Jose demonstrators spoke about the Antioch case, and called for investigation into the death of a Black youth, George Johnson, a student at San Jose State University who died under mysterious circumstances in 2008.
§A sister speaks
by R.R.
Tuesday Mar 9th, 2021 11:46 PM 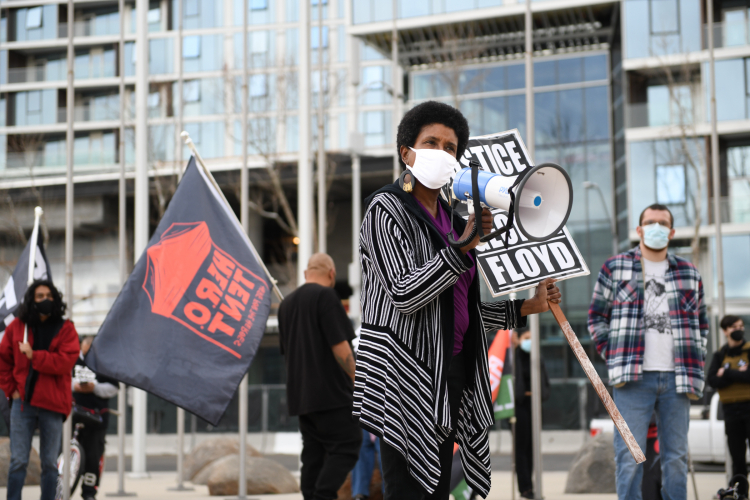 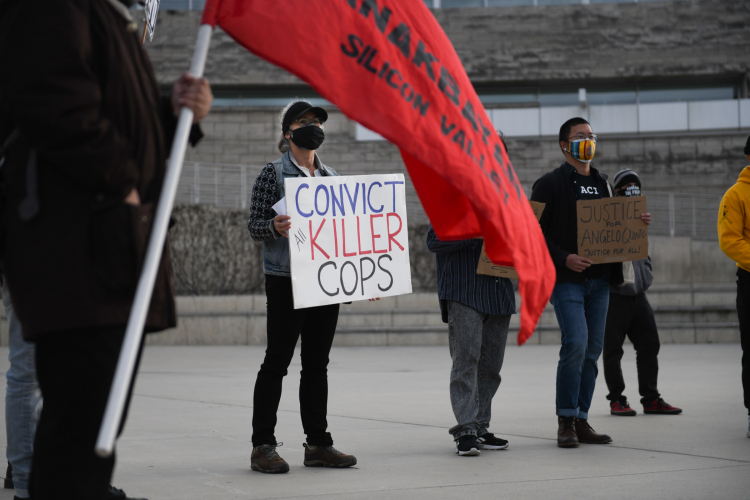 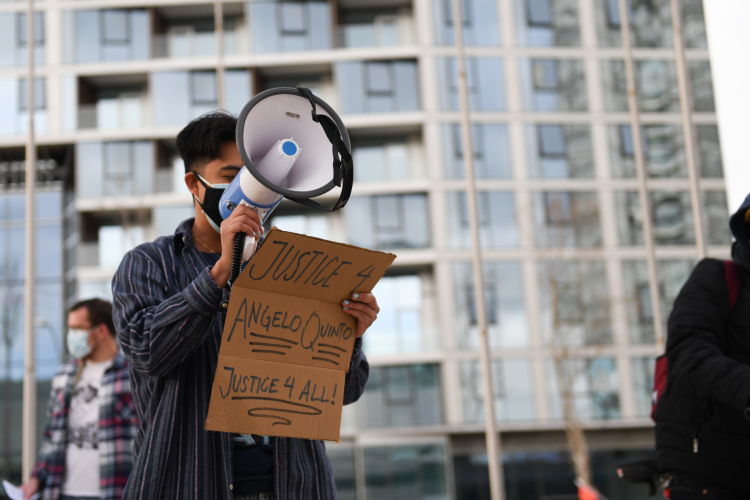 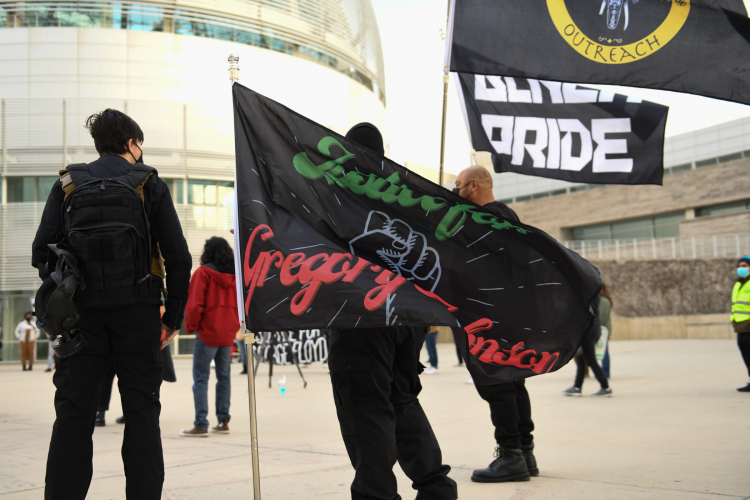 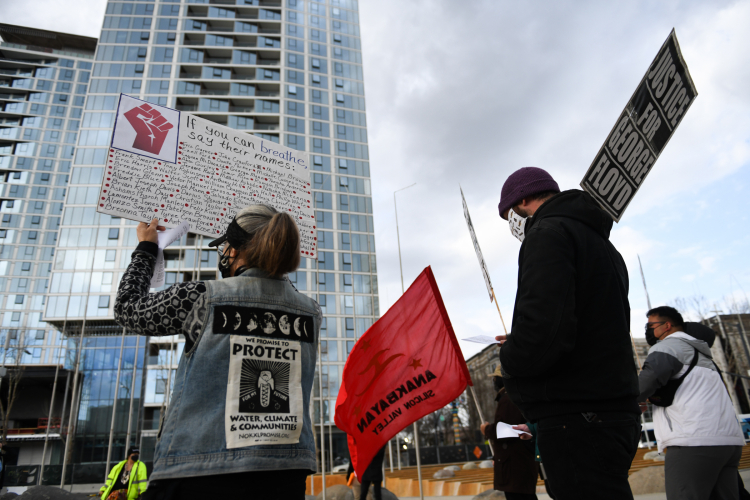 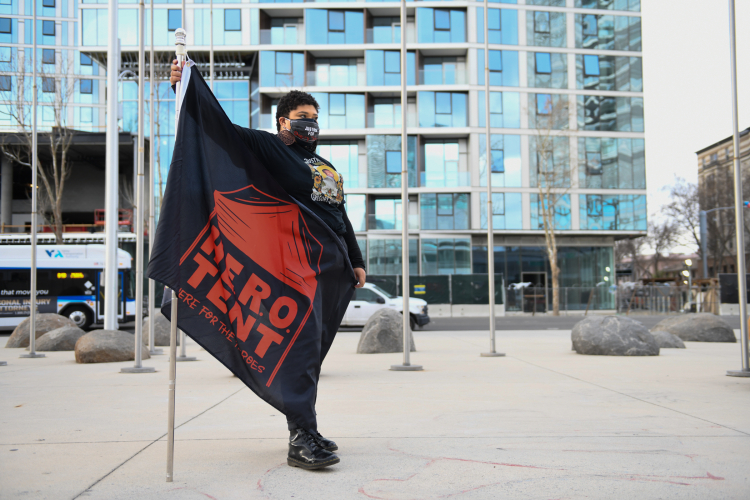 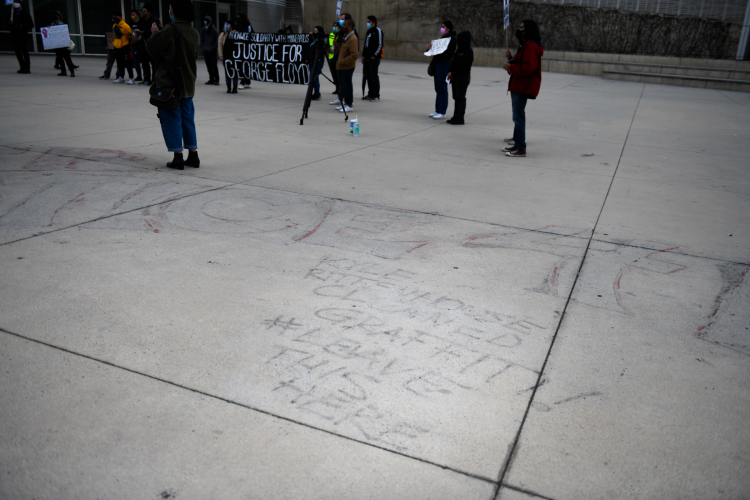 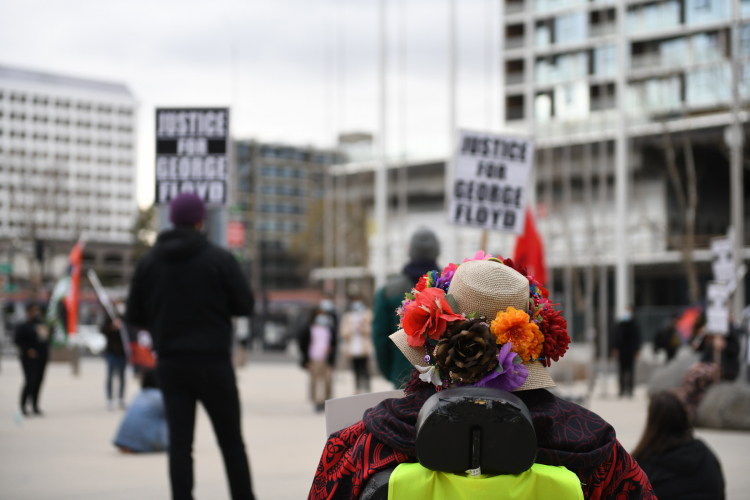 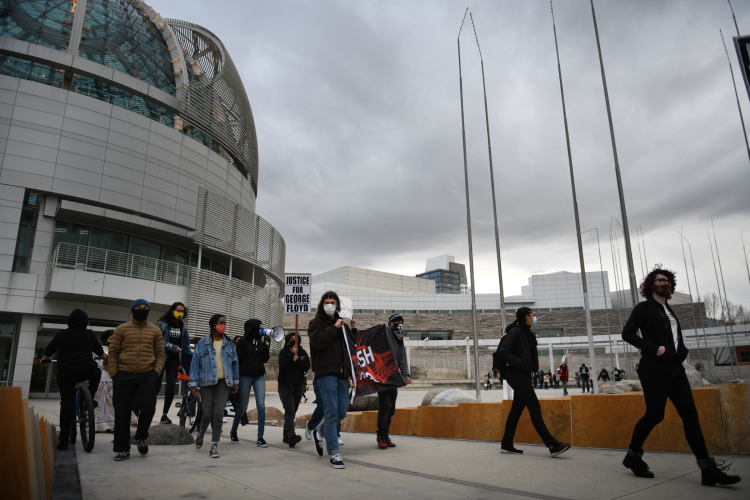 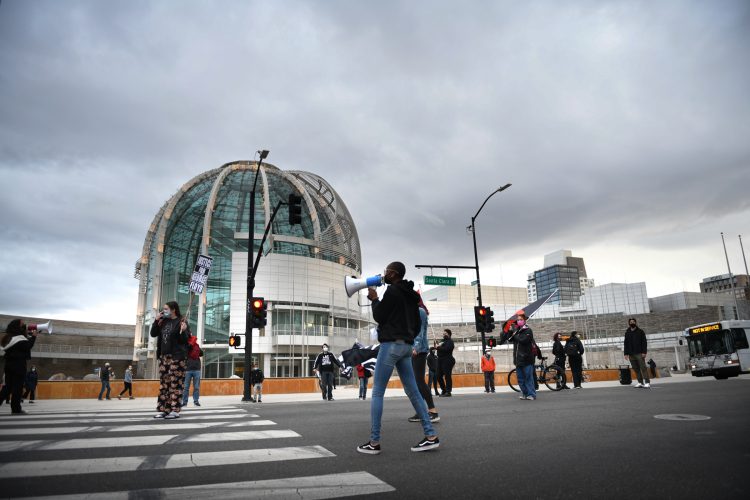 original image (2100x1400)
...the intersection at Santa Clara Street and 4th St to stop traffic and bring attention to the cause.
Add Your Comments
Support Independent Media
We are 100% volunteer and depend on your participation to sustain our efforts!