Add an Event
Newswire
Calendar
Features
Home
Donate
From the Open-Publishing Calendar
From the Open-Publishing Newswire
Indybay Feature
Related Categories: San Francisco | Police State & Prisons
In Defense of Malik Washington, Supporters Stand Strong at Protest
by R.R.
Tuesday Mar 9th, 2021 3:18 AM
SF Bay View Editor Malik Washington is a resident of a halfway house that is one of many private re-entry and prison facilities run by the Geo Group. Washington publicly documented a preventable COVID outbreak at the halfway house, and as a result is being repressed by the Geo Group in multiple ways. More than 20 speakers and about 200 people attended a rally on March 7 to stand up for him and for the cause of black journalism. 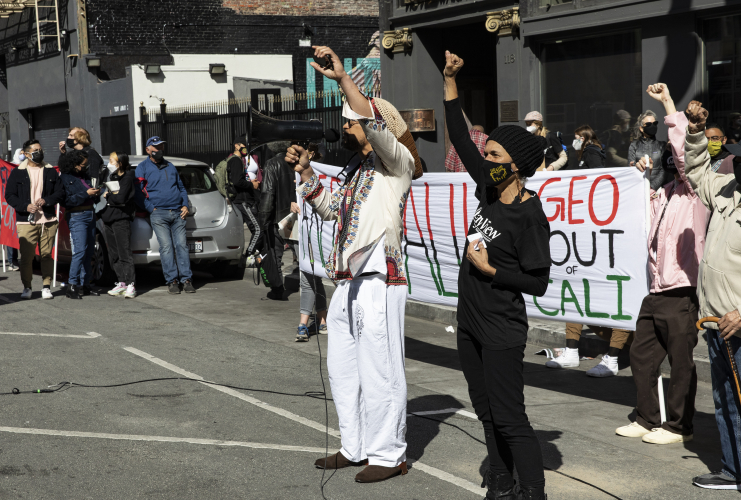 The GEO group holds people at 111 Taylor St. and many other re-entry facilities, private jails, and ICE Detention Centers across California.

Washington and his supporters are standing strong in the of face retaliation for his public memo documenting the preventable coronavirus outbreak at this halfway house. The facility has extended his sentence, confiscated his phone, and put a gag order on him.

Speakers said that this is not only an attack on Malik Washington's constitutional right to freedom of speech, it is an attack on black journalism. They rallied for three hours in front of Geo's halfway house at 111 Taylor St. in San Francisco as people watched from windows. There were more than 20 speakers.
§Nube Brown, Managing Editor of San Francisco Bay View National Black Newspaper
by R.R.
Tuesday Mar 9th, 2021 3:18 AM 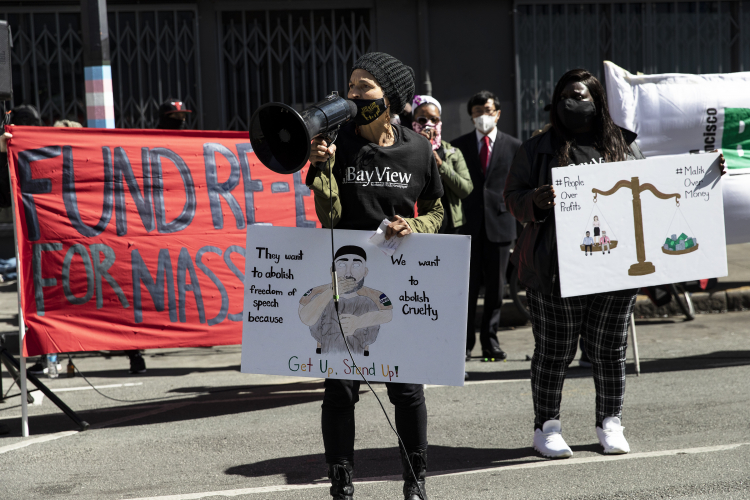 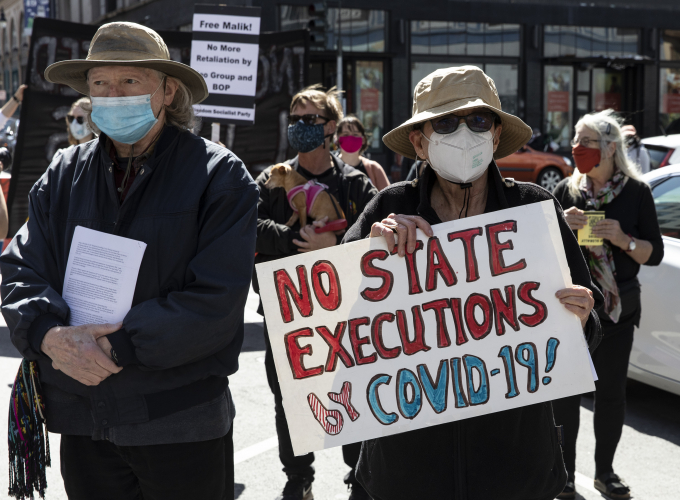 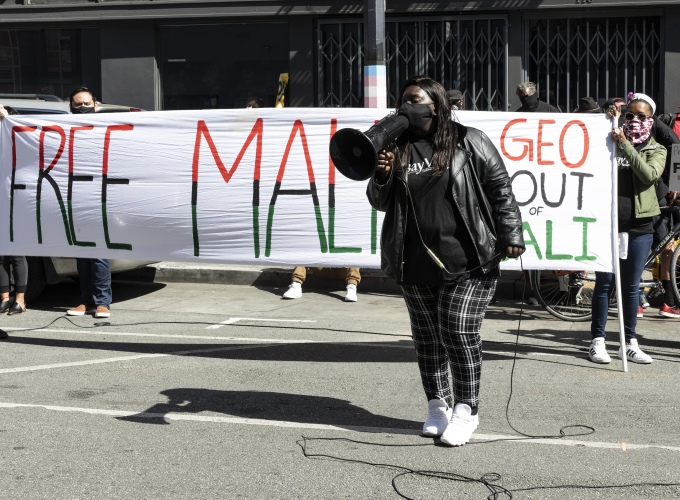 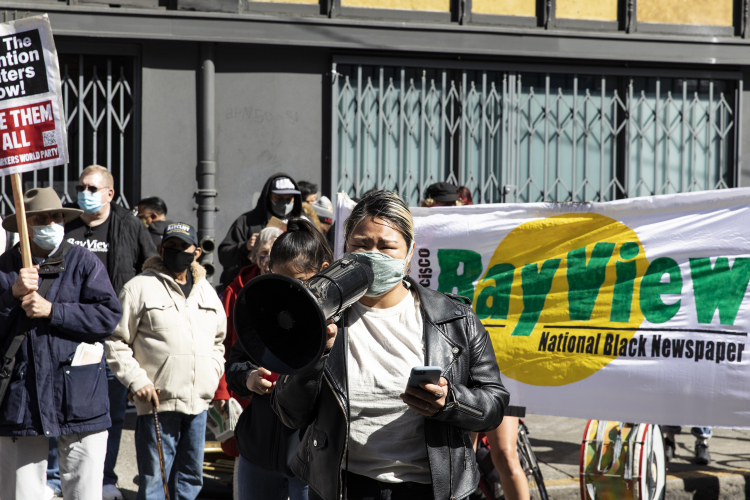 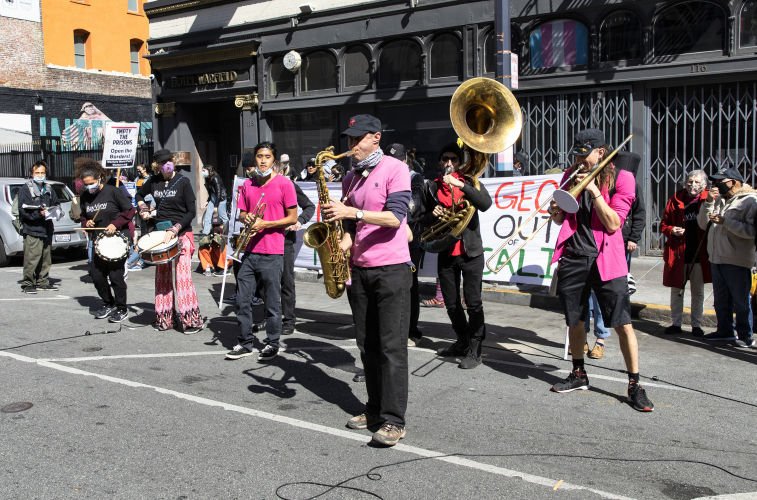 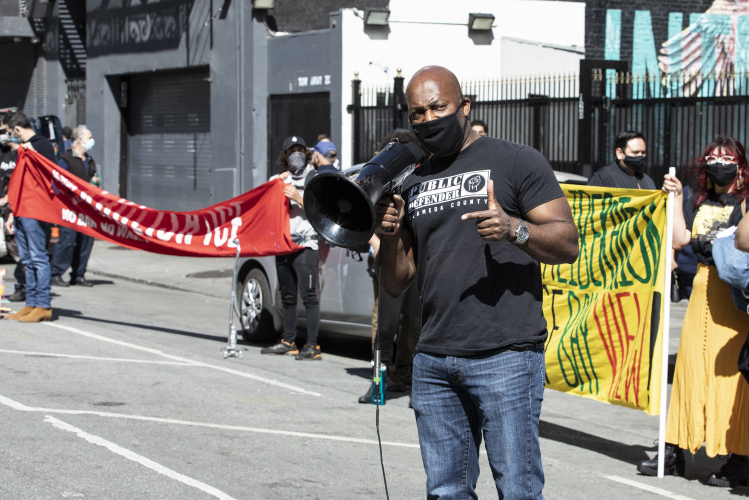 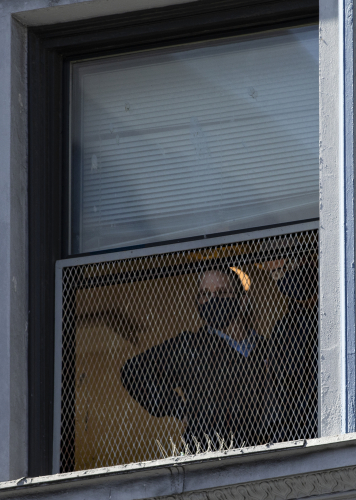 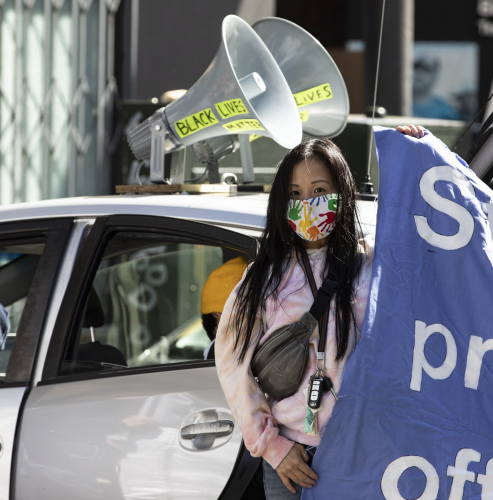 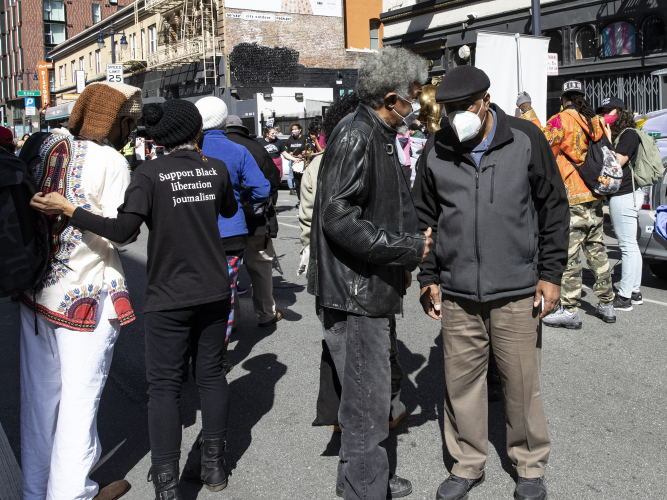 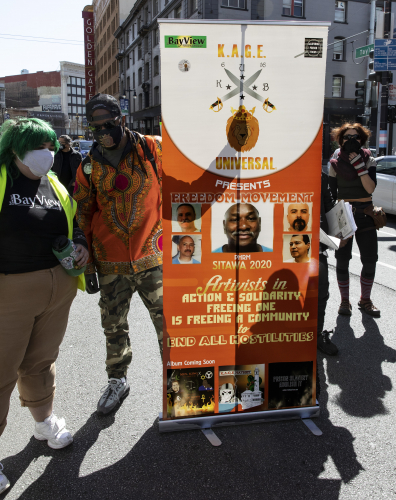 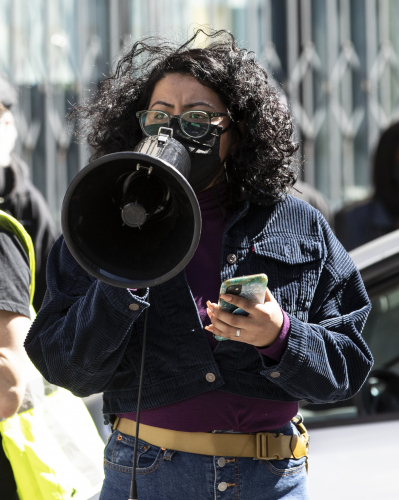 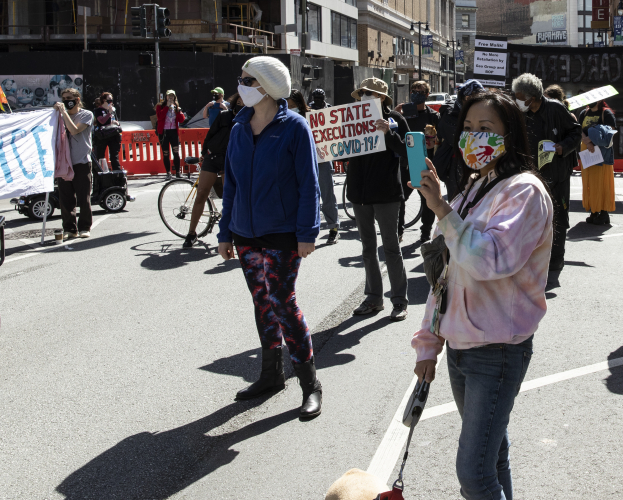 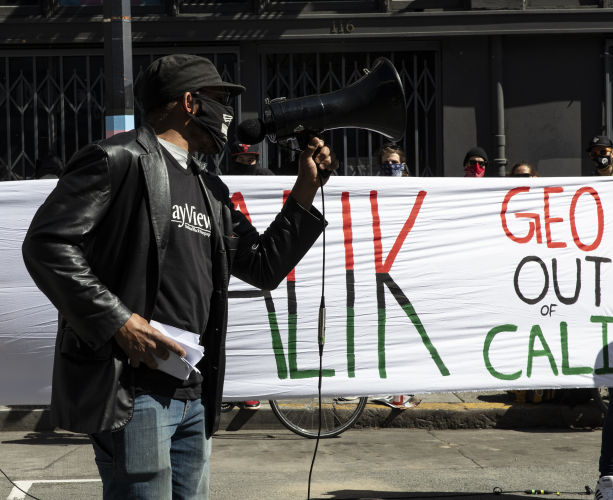 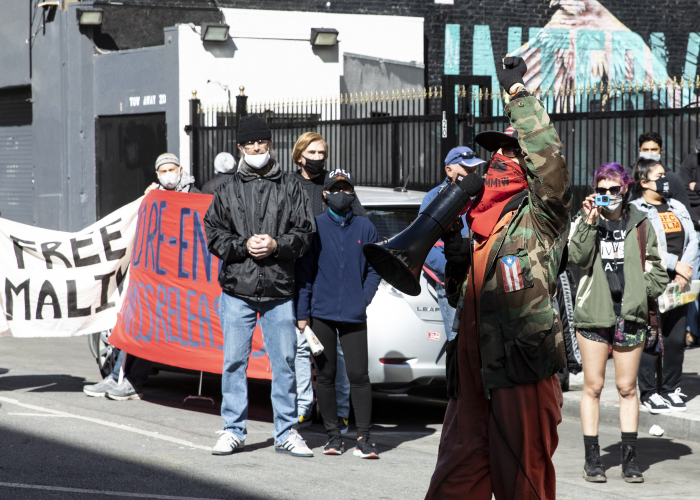 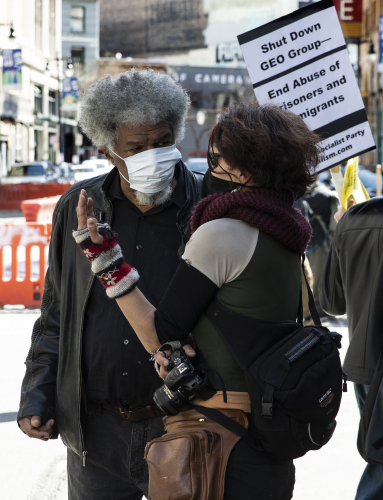 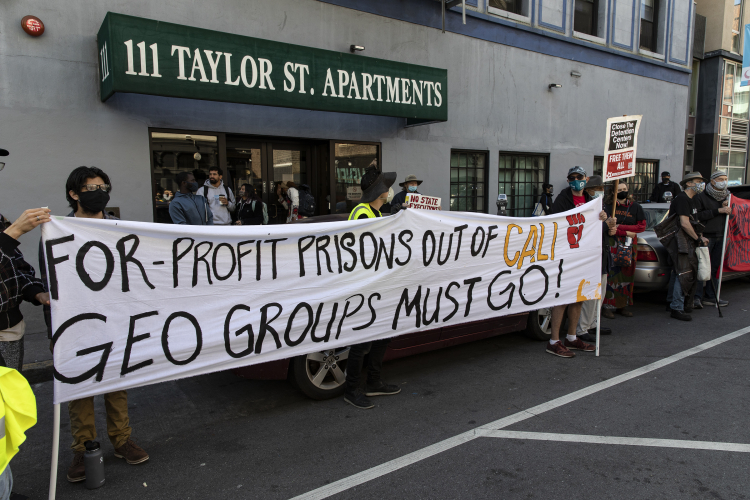 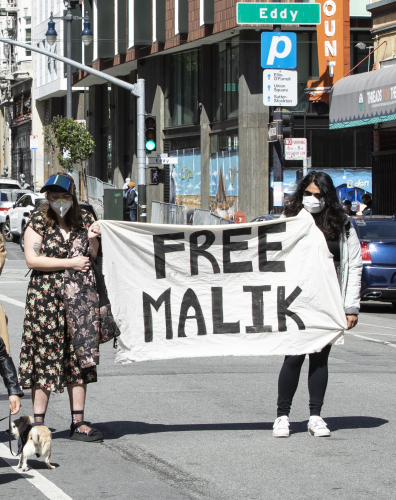 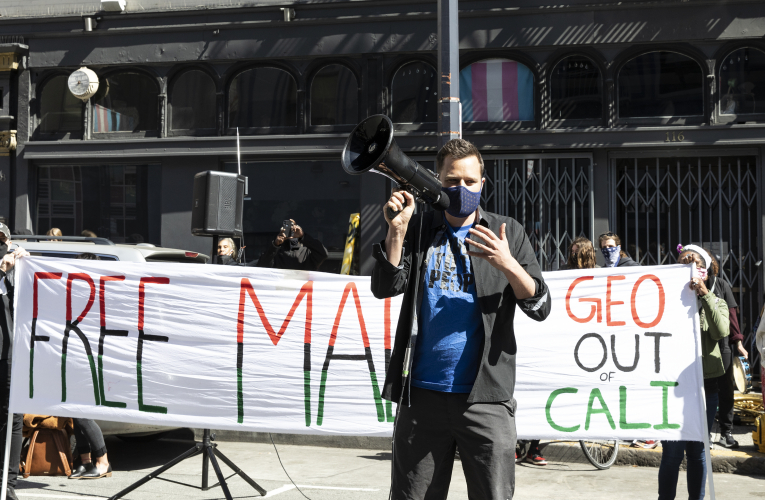 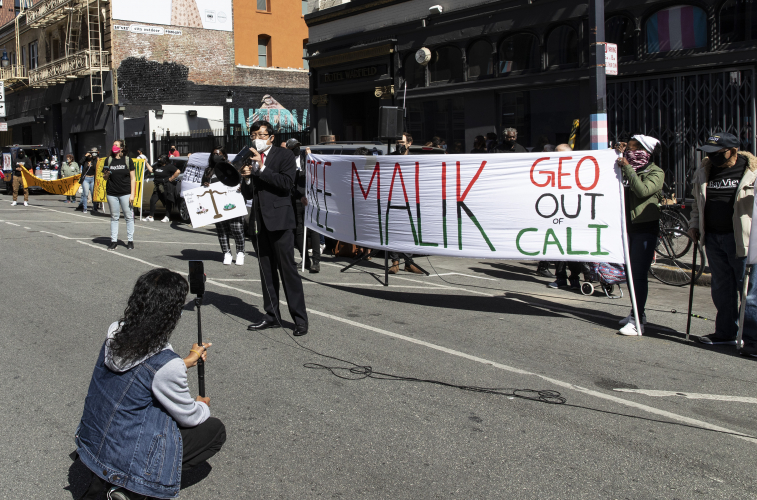 original image (3181x2100)
Represents Malik Washington
Add Your Comments
Support Independent Media
We are 100% volunteer and depend on your participation to sustain our efforts!