A recent study from Harvard University, in collaboration with universities in England, found that world-wide one in five premature deaths can be attributed to fossil fuel air pollution. According to this new research, over 350,000 people in the United States died in 2018 from fossil fuel air pollution prematurely — numbers three times higher than previously suggested by other studies.

Transportation accounts for nearly one-third of America’s carbon output. Light duty vehicles (LDVs) account for 59 percent of transportation greenhouse gas emissions. In October of 2019, New York Senator Chuck Schumer announced legislation to phase out gas-powered vehicles and replace them with zero-emission vehicles. He said the goal of the plan, “which also aims to spur a transformation in American manufacturing, is that by 2040 all vehicles on the road should be clean.”  During an interview on MSNBC's  Rachel Maddow on January 24, the Majority Leader said his clean car proposal is part of Biden’s clean energy plan.

There is a nationwide group of elected officials, Elected Officials to Protect America (EOPA), who say the times demand more than his executive actions to help frontline communities.

“President Biden’s early executive orders to address systemic environmental racism and the climate crisis have given millions hope that we have an administration ready to take meaningful climate action. Investing in zero-emission transportation will help address the disproportionate impacts of tailpipe pollution on communities of color, and help save thousands of lives annually in frontline communities,” said Christian Brock, CEO EOPA, Air Force Veteran (Rt.). “A national clean car plan will help our economy recover from the pandemic recession, grow hundreds of thousands of jobs, clean our air from toxins, and ensure a historic shift away from the combustible engine to electric vehicles.”

Toxic pollution from cars and trucks are cutting lives short in communities of color and low-income communities across the U.S. Decades of vehicle emissions and other ambient pollution have created disproportionate negative impacts on the economic vitality, health, and quality of life in these frontline communities.

Gas and diesel powered vehicles account for more than half of the substances that make up lung-damaging smog. In California, communities of color are exposed to about 43 percent more vehicle pollution than white residents. Immediate bold action is necessary to alleviate damage to frontline communities.

"While California is leading the nation with our governor's executive order saying no more gasoline cars can be purchased after 2035 having the federal government ensure substantial trade inns and rebates will make the difference we need,” said Cheryl Davila, Former Berkeley Councilmember. “We also have to ensure we transfer the economy to 100 percent clean energy, phasing out fossil fuel production because frontline communities of color and low income suffer daily having to breathe toxic air."

A recent poll showed that two-thirds of voters say it’s important to incentivize the production of more electric trucks, buses and cars. In the Northeastern and Mid-Atlantic regions of the U.S., people of color breathe 66 percent more pollution than white residents.

EVs outperform gas power engines. EVs save consumers money. A new analysis shows that by 2030 a buyer of a new battery EVs will save $7,200 in upfront costs and lower fuel and maintenance costs over time.

“When we have the capacity to stop more people from suffering illness from tailpipe emissions, we must take action. The U.S. Navy and our entire Defense Department, the nation’s largest energy consumer, have been leaders in cutting emissions and are being challenged now to do even more,” said Carlisle Borough Councilmember Joel Hicks of Pennsylvania, Navy Commander Veteran (Rt.) George Mason University Adjunct professor. “I’m heartened to see our government stepping up with President Biden’s commitment to building back better by incentivizing EV’s so car companies, workers and people from all walks of life can drive clean cars and breathe fresher air. Electrifying the entire federal fleet is a great first step.”

That Presidential executive order sent a clear signal to car companies. Shortly after General Motors announced they will stop selling gasoline cars and SUVs by 2035. GM also set a goal to get to carbon neutrality by 2040.

“Car makers are responding to the growing public awareness of the need for climate responsibility; we now have to make it easier for the car-buying public to make electric vehicles more convenient to buy and own by offering incentives in both purchases and also ease of home charging,” said Atlantic City Commissioner Caren Fitzpatrick of New Jersey, EOPA-NJ Leadership Council.

The three major components of the clean cars’ proposal:

In total, the discounts are projected to result in 63 million fewer gas-powered cars on the road by 2030. In the plan, the bulk of the funding, $392 billion, would be given in subsidies for owners of gasoline-powered vehicles at least eight years old and in driving condition to be traded for clean cars.

The clean car proposal has already earned the support of climate groups, labor unions like the United Automobile Workers and the International Brotherhood of Electrical Workers as well as car manufacturers like Ford and General Motors.

"Too many frontline communities live and breathe the reality of systemic environmental racism every day solely due to their zip codes. Many are living in forgotten and underserved neighborhoods next to highways,” said Jenna Wadsworth, Vice-Chair of the Wake County Soil & Water Conservation District Board of Supervisors, EOPA Leadership Council. “A national car plan to electrify vehicles, which includes substantial incentives for rebates and trade-ins for all income levels, will help ensure better health outcomes while delivering on the new Administration's commitment to equity and justice for all. Breathing clean air should be everyone’s right.”

The manufacturing shift from gas to eclectic has followed policy changes and technological advances which have lowered the cost of manufacturing electric vehicles. Tesla, the all-electric vehicle company based in California, sold more than 500,000 cars worldwide in 2020 and is projected to sell as many as 1 million this year. 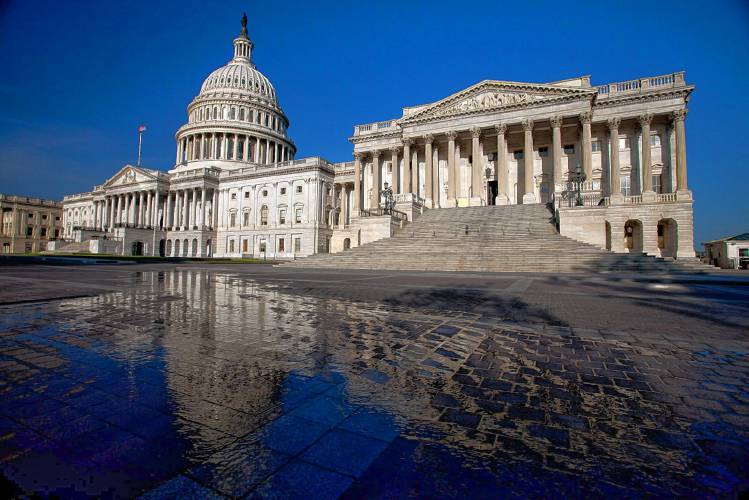 Norway has 56 percent of electric vehicles on the road, after a slow start phasing out combustion engines. After the country gave tax incentives to consumers, and built out charging stations sales took off. Norway’s current goal, established in a 2017 plan, is to have 100 percent of new cars be EVs by 2025. The clean car proposal has incentives tailored for our country that should accelerate the process in America.

The groundwork is being laid. Under the Clean Air Act, the Environmental Protection Agency has the authority to set greenhouse gas emissions standards for passenger cars and light trucks. Sen. Jeff Merkley (D-Ore.) introduced the "Zero-Emission Vehicles Act of 2020," which would amend the Clean Air Act to create a national ZEV standard for the first time. The standard would require that battery electric vehicles and fuel-cell vehicles account for 50 percent of new passenger cars sold in the country by 2025 and ultimately 100 percent by 2035.

Medium and heavy-duty vehicles (MHDVs), trucks, are responsible for 23 percent of transportation emissions despite being only 5 percent of vehicles on the road. EOPA recognizes future legislation will be needed to address the MHDVs issue.

https://protectearth.news/elected-official...
Add Your Comments
Support Independent Media
We are 100% volunteer and depend on your participation to sustain our efforts!