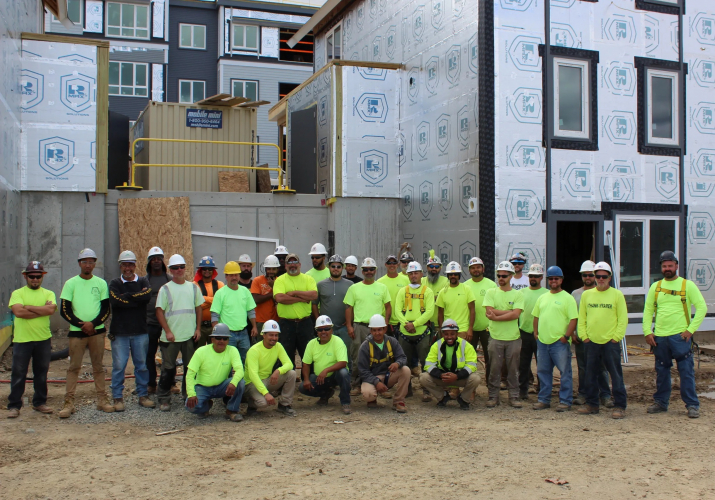 The study looked at data from the Canadian Workplace Safety and Insurance Board, which processes lost-time injury claims. The institute analyzed data from more than 50,000 companies with a total of 1.7 million construction workers during the period of time between 2012 and 2018.

The study serves as a follow-up to a previous one that looked at data between 2012 and 2015 which had similar findings. But the new study found that injury claims from unionized construction workers had actually dropped even more over the past five years since the last study, when rates were 23 percent lower than non-union workers.

Additionally, larger companies are less prone to accidents, according to the study. Thirty six percent fewer claims in unionized companies came from ones with more than 50 employees.

Researchers note that industrial, commercial, and institutional sector building trades unions and their contractors invest heavily in health and safety training and that unionized employees are more likely to report unsafe work environments. They are also more likely to refuse to perform unsafe work. These are some of the factors that may contribute to the statistics discover by the study.

Moreover, the study says that unions ted to employee people for longer periods of time with less turnover, and work sites also have a better ratio of journeymen to apprentices.

While the study looks at data from Canada, previous research has shown similar trends in the United States. One 2017 survey from the Center for Construction Research and Training found that union workers are more likely to have had OSHA training and engage in workplace safety best practices.

Nearly 79 percent companies that hire exclusively or some union members “perform job hazard or safety analyses before construction starts, compared with 55.6 percent of nonunion firms,” Safety and Health Magazine highlighted at the time.

Even more recently, in 2019, data from the Occupational Safety and Health Administration found that unionized construction workers in New York City are five times less likely to have fatal accidents on the job than non-union workers.

While construction jobs can be unsafe due to the inherent nature of the work, the pandemic has also hit the industry hard. The fact of the matter is that unions are not just able to advocate for safer work conditions in terms of accident prevention, but also in terms of reducing the spread of the coronavirus.

According to a report by the Bernard and Audre Rapaport Center for Human Rights and Justice at the University of Texas at Austin, which was updated on January 19, 2021, “key structural factors” including reliance on subcontractors, “the prevalence of a US model of low investment in worker skills and safety training,” and cost-cutting among other factors “interact directly with current pandemic conditions.”

“Worker responses” gathered in the course of the study indicate “that the health and economic risks that Latinx construction workers face from COVID-19 can vary widely, depending in part on whether workers are on large sites, with stricter safety protocols but with potential exposure to many more people, or on small sites where enforcement of safety protocols is potentially less consistent but the overall number of people on a site is fairly small.”

“They also depend upon whether workers are direct employees of companies that provide employee benefits such as sick leave and health care or whether they work for small sub-contractors (or are independent contractors) without such benefits,” the report said.

The study goes on to detail how construction workers were five times more likely than workers in other sectors to be hospitalized with e coronavirus. Latinos make up about 40 percent of the population of Texas but account for 56 percent of coronavirus deaths in the state, and the predominance of Latino workers in the construction industry is linked to these figures.

Unions play an important role in advocating for safe workplace conditions. Take Gary Labarbera, president of the Building and Construction Trades Council of Greater New York, for example. He has committed his organization to protecting “the health and well-being of our members and to do everything possible to keep essential worksites safe” throughout the pandemic. According to Construction Dive, unions were “instrumental” in pushing the state of New York to force work stoppages at projects that were not essential.
https://contractornews.com/
Add Your Comments
Support Independent Media
We are 100% volunteer and depend on your participation to sustain our efforts!