Add an Event
Newswire
Calendar
Features
Home
Donate
From the Open-Publishing Calendar
From the Open-Publishing Newswire
Indybay Feature
Related Categories: Santa Cruz Indymedia | Environment & Forest Defense | Government & Elections | Health, Housing & Public Services | Police State & Prisons
Keith McHenry: "Outdoor Living" Proposal will do Nothing to Address Crisis
by Santa Cruz News
Saturday Feb 20th, 2021 5:31 PM
Keith McHenry, co-founder of the global movement Food Not Bombs, has written to the Santa Cruz City Council in opposition to the proposed homeless encampment ordinance to be heard by council at its meeting on Tuesday, February 23. McHenry wrote that it is, "clear that the people who are proposing this ordinance are clueless about the struggle to survive on the streets and blind to the fact that as the economy collapses that our community will have hundreds of additional people living outside, on peoples couches and seeking shelter in their vehicles." McHenry added, "We need to prepare for this crushing crisis." Read Keith McHenry's full letter below. 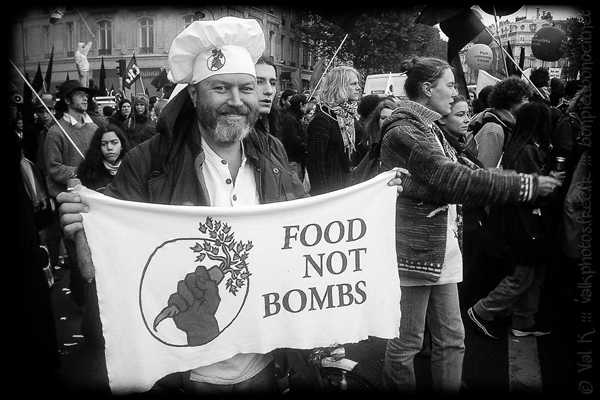 Letter to the Santa Cruz City Council from Keith McHenry, co-founder of the global movement Food Not Bombs:

I am opposed to Item 25 "Ordinance Amending Chapter 6.36 of the Santa Cruz Municipal Code Related to Regulations for Temporary Outdoor Living" calendared for the February 23 City Council Agenda.

I believe that this is a violation of U.S. District Court Judge Susan van Keulen's order against sweeping the park as your map includes the Benchlands and San Lorenzo Park as an "at-risk area."

It is also cruel and inhuman and is a violation of the Federal Court's ruling in Martin v Boise.

It is also clear that the people who are proposing this ordinance are clueless about the struggle to survive on the streets and blind to the fact that as the economy collapses that our community will have hundreds of additional people living outside, on peoples couches and seeking shelter in their vehicles. We need to prepare for this crushing crisis.

It is time we face reality and respond accordingly by placing the people who live outside in one of the many new hotels being built around town. As tens of millions of Americans struggle to find food and a place to sleep it is obvious that they will not be taking a vacation in Santa Cruz. It is also likely that the many luxury condo projects will stand empty as several thousand people wander our streets waiting for 8 pm to set up their tents in what few zones potentially made "legal" under this law.

The safe parking increase still leaves most people living in vehicles in terror as they struggle to move their shelter out of the path of the city's aggressive campaign to tick and confiscate peoples last place of safety. This proposal should include the expungement of all tickets of those living in their vehicles since the start of the pandemic so people can register their cars and qualify for the safe parking program and the requirement to have a registered vehicle to participate in the program must be eliminated if it is to be of help for most forced to live in their cars or vans.

This dystopian proposal will do nothing to address the crisis for the people of Santa Cruz but might please the out of county property speculators that clearly own our city.

I will also remind you that my grandfather, Donald Edward McHenry was the person who started the tidal pool nature walks at Natural Bridges State Park and was one of the founders of the modern environmental movement. He retired to this area after his last position with the National Park Service as Chief Naturalist at Yosemite. My father was also a Naturalist with the National Park Service and a leader of the effort to include environmental education as a department in America's colleges and universities.

To suggest unhoused people are a threat to our environment while welcoming huge development projects is a cynical display of dishonesty.

Finally the City Manager, Martin Bernal should be fired during this meeting for even suggesting this cruel plan.

Santa Cruz Food Not Bombs
https://www.facebook.com/groups/SantaCruzFoodNotBombs
Add Your Comments
LATEST COMMENTS ABOUT THIS ARTICLE
Listed below are the latest comments about this post.
These comments are submitted anonymously by website visitors.