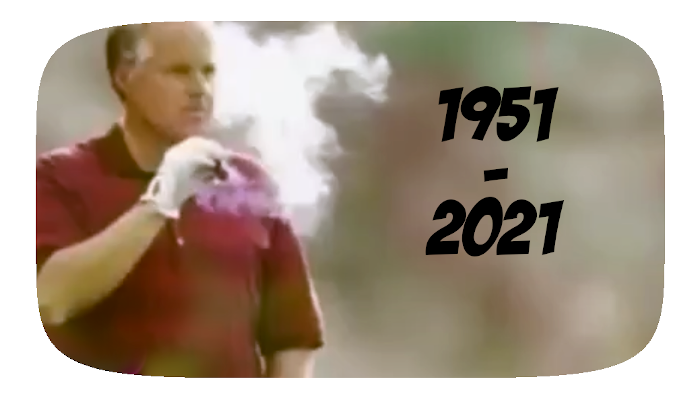 Rush Limbaugh dead at 70: A media blowhard for American capitalism

Longtime right-wing radio host Rush Limbaugh died February 17 at the age of 70, to gushing praise from Donald Trump, Fox News and the far-right media empire he played a key role in building. Limbaugh was not the first radio spokesman for ultra-right politics, but he was the most successful since the fascist “radio priest” Charles Coughlin in the 1930s. He now has hundreds of imitators on radio networks large and small, and on Fox television and its even more right-wing competitors like Newsmax and OAN.

The obituaries that have appeared in the mainstream corporate media have catalogued many of Limbaugh’s verbal outrages, from his denigration of black athletes, to his bullying attack on Georgetown University grad student Sandra Fluke, whom he vilified as a “slut” for suing to force the university to provide birth control pills as part of its health care program, to his ridiculing of Michael J. Fox after the actor contracted Parkinson’s disease.

Lacking in such assessments, however, is an analysis of what Limbaugh’s career reveals about the nature of American capitalism and the trajectory of its political system. He was a thoroughly disgusting human being, a mouthpiece and apologist for reaction and defender of everything backward and benighted in American society. But his rise to wealth, fame and political influence came under definite historical conditions, and these deserve consideration.

Born into a politically prominent Republican family in southeastern Missouri, Limbaugh grew up as something of a disappointment. His grandfather had been a state legislator, then ambassador to India under President Eisenhower, and the local courthouse carried his name. His uncle was a federal judge, and his father a prominent lawyer and chairman of the county Republican Party. But Limbaugh dropped out of college after a year in 1970 to pursue his childhood dream of becoming a radio disc jockey and announcer.

Despite the glibness he would later demonstrate, he was fired repeatedly for inserting political commentary and insults into his announcing, and quit radio for five years to work in promotions for the Kansas City Royals baseball team. He returned to radio in 1984 at a station in Sacramento, California, succeeding another right-wing talk show host, Morton Downey Jr.

In 1987, towards the end of the Reagan administration, as part of a bipartisan campaign of deregulation, Congress repealed the “fairness doctrine,” which required broadcasters to provide equal time to those attacked by radio or television commentators. Limbaugh celebrated what he called “liberation” by moving to New York City and launching a right-wing talk radio program on WABC, flagship of the ABC radio network, which was soon syndicated nationally.

In 1990-1991, Limbaugh’s audience mushroomed as he denounced protesters opposing the Persian Gulf War, entailing the mass slaughter of the Iraqi army. The war of aggression was engineered and carried out by the administration of Republican President George H. W. Bush to cement the domination of American imperialism in the Middle East.

The timing of Limbaugh’s rise is significant. It coincided with the collapse of the Soviet bloc, from 1989 to 1991, which touched off a wave of euphoria in the American ruling elite, whose main political precept had been virulent anti-communism. Ronald Reagan was hailed as the destroyer of the “evil empire,” and pundits like Francis Fukuyama proclaimed the “end of history.”

Also important for the American political stage was the utter collapse of the US labor movement, with the trade union bureaucracy’s betrayal and defeat of strike after strike, beginning with Reagan’s smashing of the 1981 air traffic controllers’ strike. The AFL-CIO embraced a corporatist policy of labor-management “partnership,” through which the unions were transformed into organizations that blocked strikes, cut wages and drove “troublemakers” from the workplace.

The resulting political disorientation and confusion within the working class, compounded by the suppression of the class struggle, facilitated the rise of a form of right-wing populism, of which Limbaugh was one of the foremost practitioners. Political and media figures pretended to be voicing the complaints of ordinary people, “middle America,” against the dictates of “elites” based in Hollywood and New York City.

In the absence of mass working class struggles over jobs, wages, benefits and working conditions, the burning issues of the day were said to be “cultural” in nature: abortion, gun ownership, the environment, or racial and gender divisions.

This was abetted by the shift in the Democratic Party, which more and more abandoned even a limited identification with economic policies that raised wages and otherwise benefited the working class as a whole, in favor of identity politics. The latter furthered the narrow interests of sections of the upper-middle class, particularly among women and ethnic minorities, who hoped to benefit from a redistribution of privileges within the upper classes rather than their diminution, let alone abolition.

Thus Limbaugh could claim to be defending the interests of workers against “environmental wackos,” or of male workers against “feminazis,” without openly declaring his loyalty to Wall Street and his hostility to the working class. In the process, of course, he became fabulously wealthy, raking in as much as $80 million a year, building a mansion in south Florida patterned after Versailles, and purchasing a $50 million private jet.

Limbaugh helped create the template for hundreds of radio acolytes, as well as Fox News, founded in 1996 by Roger Ailes at the behest of Rupert Murdoch. Ailes had been the producer for Limbaugh’s four-year venture into television (1992-1996), and the format of much of the network’s programming was patterned directly on Limbaugh.

A major political breakthrough for the American ultra-right came in 1994, when the Republican Party swept the congressional elections, taking advantage of the collapse of Bill Clinton’s promise to implement a national health care program, which he failed even to bring to a vote despite Democratic Party control of Congress and the White House.

Newt Gingrich became the first Republican speaker of the House in 40 years, and his majority depended on an influx of extreme-right congressmen endorsed and publicized by Limbaugh and other right-wing talk-radio hosts. The Republican caucus even voted to make Limbaugh an honorary member, a tribute to his role in promoting their campaigns.

Through the subsequent twenty five-year period, both capitalist parties continued to move to the right, with the Democratic Party taking on the role of advocate for the stock exchange and the Wall Street banks—previously the mainstay of the Republicans—while the Republican Party incorporated southern racists, anti-immigrant bigots and outright fascists, culminating in the nomination and election of Donald Trump in 2016.

Limbaugh followed a similar trajectory, sometimes leading, sometimes lagging behind. He was a fervent proponent of right-wing conspiracy theories against the Clintons, which culminated in the 1998 impeachment, as well as the “birther” campaign that alleged Barack Obama was not an American citizen. He supported unsuccessful right-wing challengers for the Republican presidential nomination in 2008 and 2012, and Ted Cruz against Trump in 2016 before going over to Trump lock, stock and barrel.

At the same time, Limbaugh suffered the consequences of what might appear to be divine retribution, except that it came so late. He went mostly deaf, likely the result of an addiction to oxycodone, for which he was ultimately to spend six weeks in drug rehab and narrowly escape prosecution. A heavy smoker, with a predilection for cigars (and a habit of dismissing the dangers of second-hand smoke), he contracted lung cancer last year and announced in October that the disease was terminal.

In the course of 2020, Limbaugh denied the dangers of COVID-19, comparing it to “the common cold” and claiming it was being “weaponized by the media and by opponents of Donald Trump.” He denounced the wearing of masks, opposed mask mandates, and encouraged young people “to live their lives and spread herd immunity.”

He gave a two-hour interview to Trump (a rare exception—nearly all his radio programs were interminable monologues with no guests). And he upheld the lie that Trump had actually won the 2020 election and helped stoke the insurrection of January 6. In other words, he spent the last year of his life as he had the previous 35, bullying anyone opposed to American capitalism and paving the way for fascism.