In 2015, I was charged and ultimately sent to prison for the Orwellian charge of “Conspiracy to Violate the Animal Enterprise Terrorism Act” for freeing thousands of mink from fur farms. I served a two year sentence in federal prison. I wrote this for others facing repression so that they may prepare for prison life. 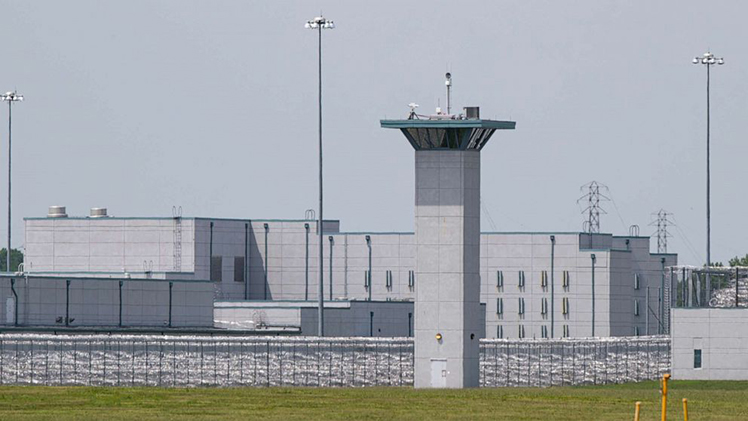 Other than the time I’ve spent in the SHU (Solitary), being transported was the most stressful part of my experience while incarcerated. I was held at six different federal prisons / holdover facilities over the last twenty-one months. That’s a bit of an anomaly; if you’re a “short-termer,” you should spend the majority of your time at one facility, with a short stint in transit at holdover facilities.

For folks designated to a federal prison on the East Coast, you’ll be bussed or shackled and flown ConAir to USP Atlanta’s holdover facility before transport to your designated facility. For folks designated to the West Coast, you’ll pass through Oklahoma City Federal Transfer Center, or Pahrump, NV — a privatized Corrections Corporation of America facility that functions as another Western Region Processing Center for federal prisoners.

In my experience, these holdover facilities freak out when a political prisoner arrives. I was held in max custody at Pahrump, and at Oklahoma City I was thrown in solitary for the duration of my time. If this happens to you, it’s important to keep in mind that this is only temporary; once you get to your designated prison, you’ll have more “freedom,” access to the outside, and more contact with your supporters. I was held at Pahrump for three days and Oklahoma City for two weeks.

If you’re thrown into solitary, there is very little stimulation. Use the time to work out, write, and engage with the prisoners on the housing block, who are just as bored and frustrated as you are.

During transport itself, I found it important to fast and not drink water. You’ll be cuffed and shackled, and access to the bathroom is nearly impossible. On ConAir flights, the US Marshals allow you one chance to use the bathroom on a several hour flight. They go row to row at a time chosen by them. They’ll yell and threaten you if you try to stand up or walk to the bathroom. The meals are disgusting and you’re only given an eight-ounce bottle of water anyway. You may be “black boxed” during transports, which is especially uncomfortable. Because I was convicted of a “domestic terrorism” statute, this happens to me. You’ll be cuffed and shackled, and if black boxed, a black plastic contraption will be locked to the handcuffs, creating wrist discomfort and near immobility of your hands. Make sure the handcuffs are somewhat loose. Cops are assholes, but they can be reasoned with, sometimes.

I found that bus rides are generally much longer, with no air conditioning, and less space. If you manage to get a window seat, try to sleep throughout the ride. Other things that helped were attempts at meditation, deep breathing, and just talking to other prisoners. Keep in mind that your designated facility will be nothing like these shitty county jails and holdover facilities, and that the misery of transfer is temporary. Most likely, you’ll be designated to a low security prison, with access to recreation, “programs,” college classes, and the like.

If you’re vegan or have other dietary considerations, be prepared with a number to call your support person to pressure the jail, and perhaps to go on hunger strike. At Oklahoma City, they threw me in the SHU; they don’t allow prisoners in the SHU use of the phone until 30 days have passed. They also (illegally) don’t allow prisoners to have stamps — you can send out three letters a week, only on Wednesdays. This resulted in my being unable to contact friends or supporters, so I had to refuse meals until they finally put me on a “no flesh” diet. This was not always vegan, but there’s enough vegan sustenance to survive on. Ask for a celly when you first arrive, so you’ll be able to trade food.

I did most of my time at medium facilities, in terms of the levels of violence, the programs, the “freedoms” afforded to me, and general demeanor, politics, and culture of prisoners.

There’s a rating system for prisoners: 0–11 points means you go to camp, 12–15 to a low security facility, 16–23 to a medium, and 24+ high security. The following factors determine federal custody levels:

If your charge is political, the BOP (Bureau of Prisons) will likely place a “management variable” of greater security or a “public safety factor” on you. This will make you ineligible for “Club Fed”: federal prison camps, in which there is no fence and you have more freedom of movement. Political prisoners will go to low security or higher.

A “management variable” will bump you up one level, so if you’re at camp level, you’ll go to a low; low points go to mediums; and so on. Only long-term prisoners or those with a serious criminal background will be sent to a penitentiary.

Make sure to clean up any pending charges or warrants before resolving your case — I ended up getting 7 points added for a pending misdemeanor, which bumped me from camp points to low so the BOP sent me to medium security facilities. Also, be sure to have a copy of your high school diploma or GED included in your “pre-sentence report” prior to sentencing. The pre-sentencing officer won’t track this down, it’s on you to track down a copy — this will subtract two points from your custody scoring and could mean the difference between a low and medium security facility.

Ask your attorney to request a “self surrender” from the judge. This typically allows you to turn yourself in to the US Marshals / prison to begin your sentence. That will subtract 3 points from your score and gives you around 60 days to clear your affairs before turning yourself in. My sentencing judge doesn’t give self-surrender, but my attorney convinced him to give 24 hours to self-surrender, thus lowering my points.

Low security prisons are devoid of convict politics. Snitches and sex offenders are everywhere, but you’ll find a few solid people — usually older guys who have worked their way down from penitentiaries. It will be rare to find anyone who shares your politics, but for the most part other prisoners will respect you for “being standup”: for standing up for what you believe in and not snitching.

The prison bureaucrats may fuck with you, pinpointing you for harsher treatment or fucking with your mail or outside support. If this happens, be prepared to have your support pressure the prison, BOP, and oversight bodies and seek assistance from radical attorneys.

The most difficult thing about prison for me has been the isolation and interference by the BOP, and I regret not fighting it from the beginning. Don’t fear their retaliation and petty games: the nature of being a political prisoner will get you targeted from the beginning. Having support is your best weapon to fight back, so never hesitate to call your people and the movement in general for help.

Originally published at:
https://medium.com/@jbuddenberg84/federal-...
Add Your Comments
Support Independent Media
We are 100% volunteer and depend on your participation to sustain our efforts!