Add an Event
Newswire
Calendar
Features
Home
Donate
From the Open-Publishing Calendar
From the Open-Publishing Newswire
Indybay Feature
Related Categories: California | Labor & Workers
California study highlights dangers of COVID-19 pandemic to the working class
by Bryan Dyne (WSWS repost)
Saturday Feb 13th, 2021 10:42 AM
According to a recent report by a UCSF research team, essential workers experienced a 22 percent higher mortality rate than they did in the four years before the pandemic. 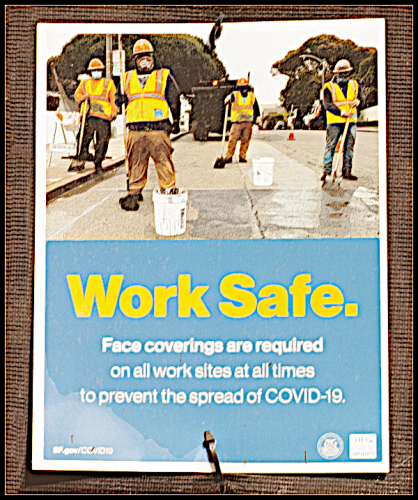 A recent study published by preprint server medRxiv, entitled “Excess mortality associated with the COVID-19 pandemic among Californians 18–65 years of age, by occupational sector and occupation: March through October 2020,” provides further evidence that closing non-essential businesses with full compensation and providing protection for essential workers are necessary to reduce the number of deaths caused by the coronavirus pandemic.

The paper is an initial effort to determine the dangers of working in different workplaces, those considered both “essential” and “non-essential.” The authors, who include Dr. Yea-Hung Chen and his team at the University of California, San Francisco, noted that “Despite the inherent risks that essential workers face, no study to date has examined differences in excess mortality across occupation,” a gap this research seeks to correct.

As the title suggests, the authors focused their research on deaths among working-age Californians during the initial lockdown and the first phase of reopening last fall. Overall, they found that essential workers, whom they defined as those in the “food/agriculture, transportation/logistics, facilities, and manufacturing sectors,” experienced a 22 percent higher mortality rate than they did in the four years before the pandemic.

This excess mortality increased to more than 40 percent during the first two months of California’s reopening.

The authors also did a detailed analysis of the risks associated with nine different types of work. “Relative to pre-pandemic time,” they wrote, “mortality increased during the pandemic by 39% among food/agriculture workers, 28% among transportation/logistics workers, 27% among facilities workers, and 23% among manufacturing workers.” Unemployed workers also had a 23 percent increase in their mortality, which includes the hundreds of thousands thrown out of work during the pandemic in California, and millions nationally.

Further into the study, the authors take a more granular look at the dangers posed to workers, observing the increased risk of dying among different occupations. They define a “risk ratio,” which is the number of observed deaths in a given type of job divided by the expected deaths. This value is then interpreted as the increased risk of dying during the pandemic from one’s job.

The research also listed how many deaths occurred during the pandemic among these occupations. Among the most lethal jobs were hand laborers (2,550 deaths), truck drivers (1,962 deaths) and construction laborers (1,587 deaths). At least 1,360 line cooks and head cooks lost their lives during this time, as did 562 customer service representatives and 378 house cleaners. Even jobs one might consider less dangerous because workers are often outside, such as grounds maintenance workers, suffered 712 deaths, 40 percent more than average.

These data are invaluable for understanding the extent and breadth of the pandemic, as well as providing a scientific appraisal for what workplaces are truly “safe” to open. That line cooks are the most directly threatened, for example, suggests that even take-out dining, much less in-person dining, should be restricted to protect the lives of those workers.

It should be noted that these data do not include a great deal of information on teachers, which is because during the time analyzed by this study (March–October 2020), schools in California were all remote. Even then, 183 teacher assistants died, of which at least 40 deaths were directly attributable to COVID-19.

The paper also cut through the racial narrative being pushed by institutions like the Atlantic and its COVID Racial Data Tracker, which claim that “people of color” are affected more than whites by the pandemic. In fact, the real disparities are by class, with workers dying far more often than those in the upper 10 percent of income earners, much less the top 1 percent or more.

What racial disparities do exist, the research notes, are caused “because certain occupations require in-person work,” such as agricultural labor, and that those jobs are largely held by California’s Hispanic population, many of whom are immigrants. The data further shows that “Though non-occupational risk factors may be relevant, it is clear that eliminating COVID-19 will require addressing occupational risks.”

Many of these occupational risks can be eliminated through the closure of schools and non-essential businesses, as recommended by those such as US President Joe Biden’s former advisor, Dr. Michael Osterholm. This would minimize both the exposure of those workers, including the aforementioned line cooks and manufacturing workers, to the virus, as well as greatly reduce the paths of transmission and mutation.

At the same time, the study notes that “In-person essential workers are unique in that they are not protected by shelter-in-place policies.” This includes those in the food and agricultural sector, where “excess mortality rose sharply…during [California’s] first shelter-in-place period, from late March through May; these increases were not seen among those working in non-essential sectors.” It then stresses the need for “complementary policies” for “those who cannot work from home.”

They explain that “vaccination programs prioritizing workers in sectors such as food/agriculture are likely to have disproportionately large benefits for reducing COVID-19 mortality.”

The paper ends with the following point, one that directly contradicts the openly pursued policy of herd immunity by the ruling elite: “If indeed these workers are essential, we must be swift and decisive in enacting measures that will treat their lives as such.”

But such actions must be taken by the workers themselves. As the recent struggle by Chicago teachers against in-person learning demonstrates, the entire political apparatus—the Democrats, the unions, the media—is arrayed against them in an effort to fully reopen factories and workplaces, no matter the death toll. There is no section of the existing social system that genuinely listens to the very clear science, that schools and nonessential business must be closed during the pandemic to preserve human lives. It is only the working class, through an understanding of the science involved and the formation of rank-and-file safety committees in their workplaces and neighborhoods, that can carry out such lifesaving action.

https://www.wsws.org/en/articles/2021/02/1...
Add Your Comments
Support Independent Media
We are 100% volunteer and depend on your participation to sustain our efforts!