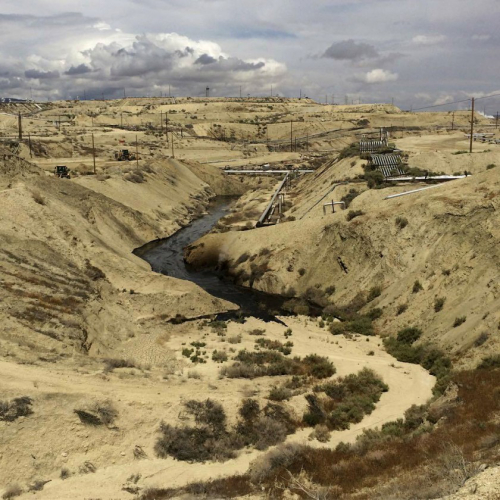 original image (840x840)
After a pandemic year in which the Gavin Newsom administration doubled the number of new oil production wells in California, the Kern County Planning Commission tonight will vote on a proposed ordinance to allow permitting of more than 67,000 new oil and gas wells over the next 20 years with no additional environmental review.

“If approved, this ordinance would nearly double the number wells there, representing one of the biggest decisions that will be made regarding California’s energy and climate policy for decades to come,” according to a press statement from the Last Chance Alliance. “The hearing is taking place at 7pm PT and will inform a final supervisors vote in the coming weeks.”

Opponents of the ordinance say the hearing is taking place during a “particularly troubling week” for California’s climate legacy — right after a week during which the four biggest oil industry lobbyist employers reported that they spent over $10 million lobbying the Legislature, Governor’s Office and other state regulators to advance the Big Oil agenda.

On Tuesday, an oil spill at the Richmond Chevron refinery began leaking about 600 gallons of a dirty petroleum mixture into San Francisco Bay, threatening the health and safety of nearby residents and the already imperiled ecosystem of the San Francisco Bay-Delta Estuary.

The spill takes place at a critical time for the Bay-Delta ecosystem. For the third year in a row, the California Department of Fish and Wildlife found zero Delta Smelt (Hypomesus transpacificus), in its 2020 Fall Midwater Trawl Survey throughout the Delta. Once the most abundant fish species in the estuary, scientists expect the smelt, an indicator species that shows the health of the estuary, to go extinct in the wild this year or next.

Also on Tuesday, the Newsom administration issued 11 new fracking permits, during an unprecedented pandemic, to frack despite the fact that Harvard the same day released a study showing that fossil fuel air pollution causes almost 1 in 5 deaths around the globe each year, according to the Alliance.

”More than 8 million people died in 2018 from fossil fuel pollution, significantly higher than previous research suggested, according to new research from Harvard University, in collaboration with the University of Birmingham, the University of Leicester and University College London,” the study revealed. “Researchers estimated that exposure to particulate matter from fossil fuel emissions accounted for 18 percent of total global deaths in 2018 — a little less than 1 out of 5.

“The refinery has continued to treat Richmond as disposable by putting our lives in danger on a daily basis,” said Lizbeth Ibarra, 16 year old Richmond resident. “It’s not normal for us to have oil spilling into the bay, terrible air quality, and higher rates of cancer and asthma. Chevron owes all of us reparations and needs to be held accountable. We need a just transition.”

“The Richmond refinery corridor is actively killing communities of color,” stated Nik Evasco, climate organizer at 350 Bay Area. “The refinery is this big, looming death tower right on the Bay facing one of the most progressive cities in the nation.

“Fossil fuel pollution is responsible for illness and death around the world and right here in California,” said Juan Flores, Kern County community organizer with Center on Race, Poverty & the Environment. “It’s happening in our own neighborhoods, under the watch of county leaders who are just too close to oil industry profits and a Governor who approved 11 more fracking permits here in Kern County this week. If California’s elected leaders aren’t taking the deadly climate crisis seriously—who is?”

In advance of today’s meeting, on Wednesday more than 7,000 petition signatures from people opposed to expanded oil and gas drilling in Kern County were delivered to the Kern County Planning Commission.

Of the Californians who live within a mile of oil and gas wells and within areas most burdened by environmental pollution in general, nearly 92% are people of color.

“Existing oil and gas wells in Kern County disproportionately harm communities of color and areas that are already burdened by toxic air,” said Mercedes Macias, Senior Organizer in Kern County for the Sierra Club. “The last thing we need is 67,000 more wells, particularly as we face multiple public health crises -- the COVID-19 pandemic and adverse health impacts resulting from residents' close proximity to wells. We need our County Supervisors to do the right thing and reject this ordinance to protect public health and help our communities and climate thrive."

Oil industry spent over $20 million lobbying in California in 2020

The powerful oil and gas industry has inordinate influence over California regulators. Although the oil industry lobby in 2020 spent less on lobbying in California than it did in 2019, it still managed to defeat legislation it opposed and getting CalGEM, the state’s gas and oil regulatory agency, to double the number of new oil production well permits approved in the state.

The Western States Petroleum Association, the largest and most powerful corporate lobbying organization in California, spent a total of $4,267,181, less than half of the $8.8 million that it spent in 2019. .

Another big spender and beneficiary of large numbers of new fracking permits this year, Aera Energy, spent a total of $795,099 on lobbying California officials in 2020.

Finally, the California Resources Corporation, a subsidiary of Occidental Petroleum, spent $1,038,266 to influence state officials in 2020.

CalGEM has approved 8,129 oil and gas drilling permits since 2019

The oil industry’s seven-point strategy of exercising inordinate influence over California regulators has been very successful. Since January of 2019, the Newsom administration has approved a total of 8,129 oil and gas drilling permits in the state.

The two groups updated the permit numbers and locations on an interactive map at the website: http://www.NewsomWellWatch.com.

In addition to his longtime relationship with his friend and advisor Jason Kinney, a lobbyist for Aera Energy and other energy companies, Governor Gavin Newsom took $97,000 in campaign contributions from the fossil fuel industry in 2019-20, according to the Sierra Club’s “Tracking the Dirty Dollars” project.

To read my complete article about oil industry lobbying in California in 2020, go to: https://www.dailykos.com/story/2021/2/5/2014097/-Big-Oil-spent-10-million-lobbying-CA-officials-as-new-oil-production-well-permits-doubled-in-2020