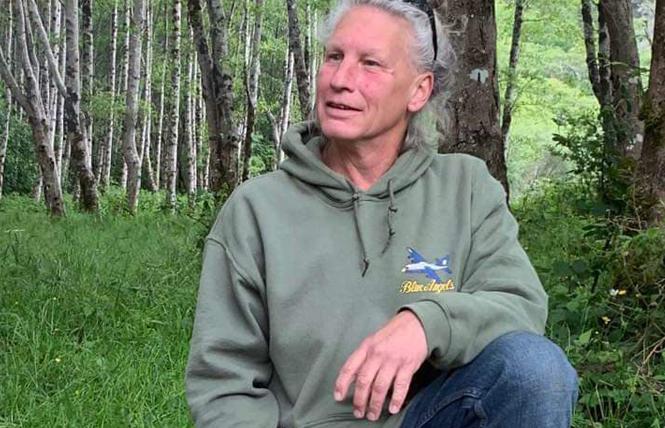 Dina Boyer, a transgender woman and longtime community journalist, died December 24, 2019, at UCSF in San Francisco. She was 55.

The cause of death was cancer, according to District 3 Supervisor Aaron Peskin, who adjourned the board meeting on January 7, 2020, in memory of Ms. Boyer.

Peskin said that Ms. Boyer was diagnosed with Stage 4 pancreatic cancer late last year that rapidly spread to her stomach and lungs.

Ms. Boyer was the original producer of "Tranny Talk TV," a public access show that aired on Channel 29 in San Francisco.

"Dina was many things to many people, ranging from a military veteran, trans advocate, and animal rights activist to a popular camera talent and film director in the independent media and public television community for 25 years," Peskin said, according to a copy of his remarks. "She was a longtime fixture at Channel 29, San Francisco's public television station, where she was the facilities coordinator, producer of the groundbreaking 'Tranny Talk TV,' and camera person for the award-winning 'Newsroom on Access SF.'"

Chantal Wishsong Boyer Holst told the Bay Area Reporter via email that her sister was "a fiercely independent trans woman who's transition included all her life's experiences to create the phenomenal person she was."

"Dina was a student of life whose inquisitive nature inspired her to start conversations with anyone she came upon," Holst wrote. "Most often those conversations sparked lifetime friendships with people from every walk of life — from the roughest most tumble straight cisgender men to the most refined and educated people she came upon."

Peskin said that Ms. Boyer was "very focused on bringing trans issues and voices to the forefront of public discourse, ranging from reporting on health and labor issues for transgender people to an investigation into the suspicious death of Daxi Arredondo, a transgender woman whose body was found at a Tenderloin motel in November 2006."

Ms. Boyer was also concerned at the lack of attention and media coverage on the high rate of violence against trans women, in particular, and "Tranny Talk TV" was a pioneering show up until its last episode aired on March 18, 2007. Peskin added, "She was never without her beloved press pass and documented everything from music festivals to political protests and wildfires. She leaves behind an invaluable archive of film and video."

According to Peskin's office, Ms. Boyer grew up in Baltimore, where she knew from the young age of 12 that she was different, but didn't have the resources or information to fully understand or access her true identity. It was not until she was in her 30s that she was able to fully start her transition to reclaim her true identity, ultimately moving to San Francisco to access support for her transition with a community of San Francisco artists and activists that shared her experiences.

Ms. Boyer served in the United States Navy Corps of Engineers, and, in 1994, she met the love of her life, Nadia Cabezas, known to many in the community as Kitty Kastro. Cabezas was the hostess of "Tranny Talk TV." Cabezas died in 2007 after she was struck by a car on an Indiana highway.

"She was my partner, my roommate, my best friend," Ms. Boyer told the Bay Area Reporter at the time of Cabezas' passing.

Ms. Boyer used her later struggle with homelessness to elevate trans issues, as well, including a profile featured on CNN's iReport. She studied film and production at City College of San Francisco and photojournalism at San Francisco State University, where she earned a bachelor's degree in fine arts in radio and television. She loved animals, especially horses, which she began to document in the wild toward the end of her life.

"She loved the outdoors and nature, and was always quick with a wisecrack and warm laugh," Peskin said in his remarks. "She was most comfortable behind the lens, and was known to generously volunteer her production skills on other people's shows."

"Those same horses are the ones that she visited not too long ago to help her grieve the loss of her mother, who died of the same cancer as Dina," Holst wrote. "That range was a stomping ground to celebrate life."

In addition to her sister, Ms. Boyer is survived by her father; son, Jeremy Jones; and her granddaughter, who she was looking forward to meeting one day.

Private services will be held among friends and family at Ms. Boyer's favorite natural places across California and Nevada.
https://www.ebar.com/news/news/286489
Add Your Comments
Support Independent Media
We are 100% volunteer and depend on your participation to sustain our efforts!