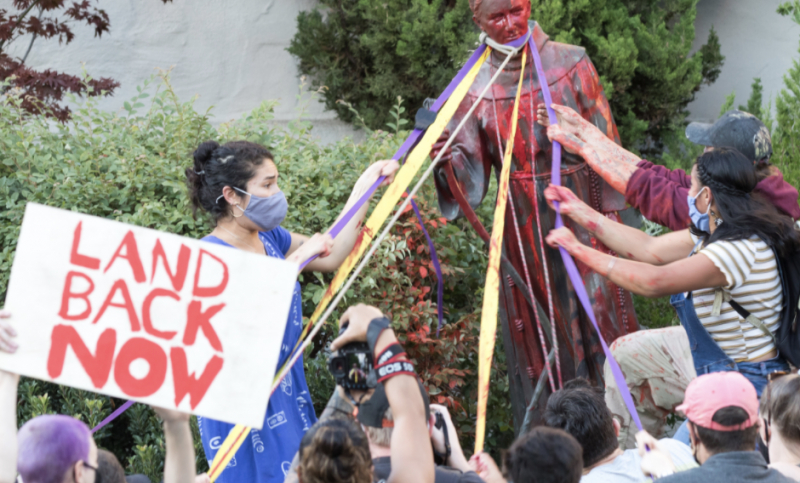 On Indigenous Peoples Day 2020, a monument to Junipero Serra, a violent mission system leader known for imprisoning and enslaving Indigenous people, was removed from a downtown streetside in front of Mission San Rafael. Five Indigenous women and two spirit people were arrested and cited. Within the month religious extremists led public exorcisms against the racial justice activists and, with a cruel irony, are now pushing for hate crime charges against the Indigenous descendants, two of whom were baptized in the church as children.

This extremist response has contributed to hostility against Indigenous people in the area including threats towards activists and harassment and targeting of local Indigenous cultural centers with mail labeled “smallpox.”


https://linktr.ee/Decolonizers_Defense
Add Your Comments
Support Independent Media
We are 100% volunteer and depend on your participation to sustain our efforts!