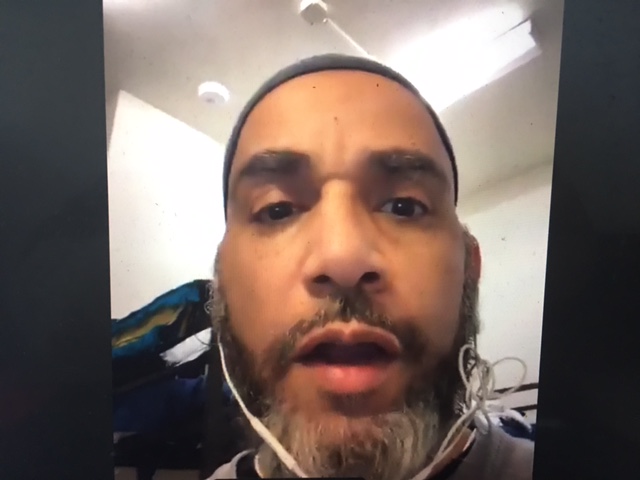 “Mr. Washington, as a journalist and editor of one of the largest Black newspapers in the US, publicized and covered a developing COVID-19 outbreak at the Taylor Street Center – an outbreak which the GEO Group denied. For this, he was punished by the Bureau of Prisons and GEO Group.” – Attorney Richard Tan

“As public defenders, we continue to be disturbed by GEO Group’s pattern of neglect and deceit in its response to COVID pandemic – both at its immigration detention facilities and the Taylor Street reentry center – and have worked tirelessly to get our clients released from these facilities”- San Francisco Public Defender Mano Raju

San Francisco, Calif. – On Monday, February 1, 2021, a lawsuit was filed against the Federal Bureau of Prisons and the for-profit prison corporation, the GEO Group, Inc., in the United States District Court for the Northern District of California, by Keith “Malik” Washington and the San Francisco Bay View, alleging retaliation for the exercise of First Amendment rights.

Keith “Malik” Washington is the editor of the San Francisco Bay View, a national Black newspaper known for its coverage of prison issues and provocative political analysis and activism. The newspaper has been serving the Bay Area for 45 years.

On Jan. 9, 2021, Washington spoke to a reporter about his newspaper’s press release detailing a COVID-19 outbreak at the halfway house where he is currently incarcerated. Known as the Taylor Street Center, it is located in the Tenderloin District of San Francisco. The Taylor Street Center is operated by the GEO Group.

On Jan. 10, 2021, the day after Washington spoke with the reporter, retaliation began. Washington was prevented from attending a press conference that he had earlier been approved for; his cell phone, which he uses for work, was confiscated; he was prevented from leaving the center for work; and he was told that he could not contact any of his colleagues or friends in the media without receiving special permission from federal Bureau of Prisons officials in Washington, D.C.

The San Francisco Public Defender’s Office is also standing with Malik Washington. Public Defender Mano Raju voices his support, saying: “As public defenders, we continue to be disturbed by GEO Group’s pattern of neglect and deceit in its response to COVID pandemic – both at its immigration detention facilities and at the Taylor Street reentry center – and have worked tirelessly to get our clients released from these facilities,” Raju further stated. “I stand in solidarity with Malik Washington and applaud his willingness to expose what has been taking place under the watch of GEO Group. I am also disappointed to learn of GEO Group’s alleged retaliatory acts against Mr. Washington, who was attempting to exercise his freedom of speech and his right to protect his health and community from a potentially deadly disease.”

President Joe Biden recently ordered the Justice Department to revert to the Obama administration’s ban on contracting with private prisons. During the Trump era, GEO Group was repeatedly in the news because of its mistreatment and abuse of undocumented people at their detention centers throughout the United States.

Washington has retained the services of attorney Richard Tan, who commented: “As a journalist and editor of the SF Bay View, Mr. Washington has a right to speak and publish about public health issues and other topics relevant to the community. A developing COVID-19 outbreak in the heart of San Francisco is a serious public health concern. We believe that Mr. Washington was entitled to expose that outbreak and that he was right to do so. We have sought an injunction reversing the disciplinary charges against Mr. Washington and prohibiting any further retaliation against him.”

Washington began writing for the SF Bay View approximately eight years ago while incarcerated in Texas. He became a nationally known activist and journalist. Approximately a year ago, he came to San Francisco to learn to be the editor of the SF Bay View. Long-serving editor Mary Ratcliff is 81 years old and was elated that she had finally found her replacement. Now she fears interference by the BOP and GEO Group:

Radcliff stated, “By restricting our new editor’s free speech and forcing him to stay in a congregate penal facility, GEO Group and the U.S. Bureau of Prisons are delivering death sentences to my husband and me. Not only are we both in our 80s, but we both are in our final years of terminal illnesses – metastatic breast cancer in my case – and could not survive a COVID attack. We need every day we have left to help our new editor succeed.”

The retaliation against Mr. Washington is unacceptable. Private corporations like the GEO Group have no business running prisons in San Francisco. Their contracts should be canceled.