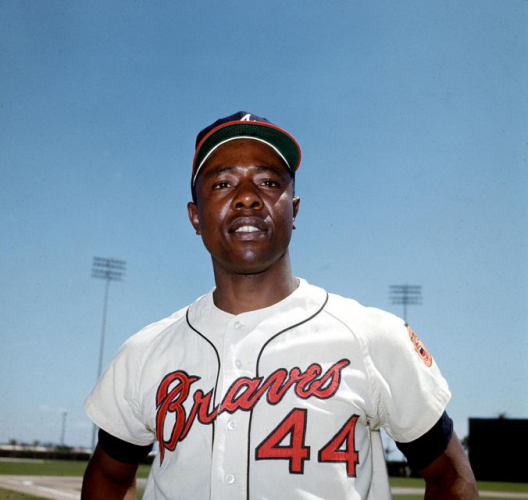 original image (676x640)
Hank Aaron has gone on, at the age of 86. He surpassed Babe Ruth in homeruns, hitting 755 in his career. He, like Jackie Robinson, Larry Doby, and other pioneers in integration of major league baseball, transcended racist taunts with almost superhuman control. For a while he was with a team in the South and batted .362 for the year despite the insults from the crowd and fellow players. He was a vegetarian, he said, before most people knew what a vegetarian was. Other famous athletes who are or were vegetarian include Roger Bannister and John Landy, the first 2 men recorded in breaking the 4 minute mile barrier. Countless others such as Serena Williams are listed at https://www.indybay.org/newsitems/2015/02/07/18768176.php
http://ivu.org
http://happycow.net
God speed to a hero on the field and off.
https://www.indybay.org/newsitems/2015/02/...
§
by Admirer
Friday Jan 22nd, 2021 10:21 PM 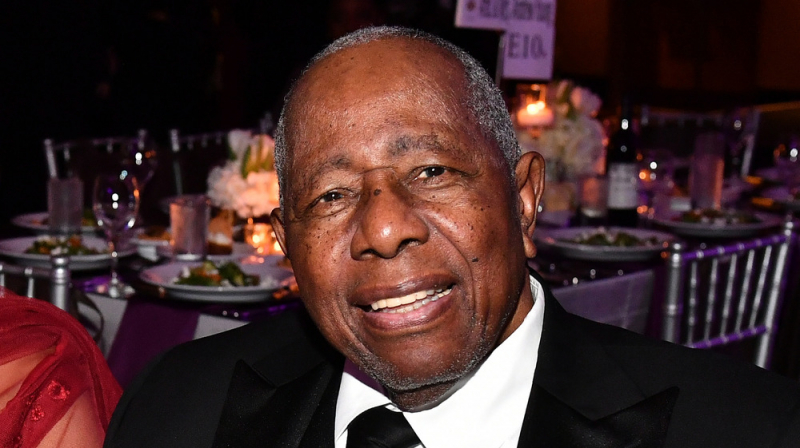 Add a Comment
§Aaron batted .393 in the World Series win against Yankees
by admirer
Friday Jan 22nd, 2021 11:03 PM
In the 7 game series in which the Atlanta Braves beat the Yankees, Hank Aaron batted .393 He also had a 3 homerun day playing in San Francisco.
Add a Comment
§Aaron's amazing astrological chart
by starscript
Friday Jan 22nd, 2021 11:21 PM
Most students of astrology who examined Hank Aaron's natal chart would assume he was an old soul who had passed many tests in previous
incarnations. He had an extraordinary 5 planets and the n node within 16 degrees. This concentration or cluster is not achieved in the first few human births. These 5 planets and n node were in aquarius, the sign of protection of the underdog, the poor, the rejected, the eccentric. Aquarians are independent and have a confidence which gives them the courage to go their own way against the crowd. They are pioneers of social change, the Robin Hoods of the zodiac who oppose the tyranny of kings and dictators, as they return stolen assets to the poor.

https://www.astrotheme.com/astrology/Hank_...
Add a Comment
§Mars In Pisce
by starscript
Friday Jan 22nd, 2021 11:27 PM
correction: 4 planets and the n node in aquarius..
the 5th, 1 degree over the line, was mars in pisces, giving him a hatred of cruelty. The south node in leo is an indication of a strong leadership role in a previous life.
Add a Comment
Support Independent Media
We are 100% volunteer and depend on your participation to sustain our efforts!