Add an Event
Newswire
Calendar
Features
Home
Donate
From the Open-Publishing Calendar
From the Open-Publishing Newswire
Indybay Feature
Related Categories: U.S. | Government & Elections
Something wicked this way comes
by Paul Campbell
Friday Jan 22nd, 2021 12:21 AM
Recent assault on the Capitol Building and the following isolation of US President Donald Trump are the highest-profile events of the recent days. World media, political analysts and experts agree that America is moving even closer to the split and the beginning of full-scale civil war that would be sufficiently extended and may well move from the current cold war to a really-blooded war. 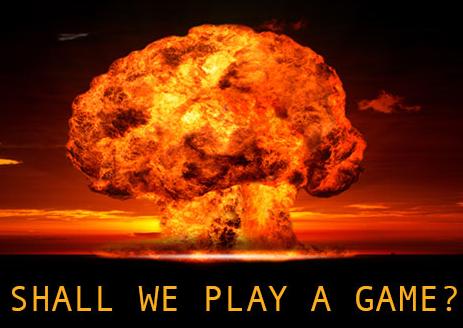 For today, there are clear signs of an impending catastrophe, namely, entrenched polarization in the American society; lack of prospects for the national consensus; demonization of opponents in the media; the weakening of government institutions, Congress and the judicial system; the political leadership's abdication of responsibility: legitimization of violence as a method of holding debates and settling disputes. We've got it all or it is already on the way here.

There is no point in looking for someone to blame or discussing who started it, especially in the light of the US reports telling us how a certain American woman has flipped on all members of her family, seeing them on video among those who attacked the Capitol Building; and now they are facing jail time. Isn't that the most important evidence of the fact that the civil war really begins?!

On January 6, riots began in the USA, and are believed to have become the result of the deep rift within American society, as well as, the Trump supporters' 'pumping' with information about election fraud guided by the national media. Supporters of sitting president D. Trump came to the Capitol to stop the Electoral College from announcing the final election results. A bit later they broke into the building. Four people were killed. Over 160 criminal cases were initiated. Law enforcement officers are waiting for a new wave of riots during the inauguration of new President Joe Biden scheduled for 20 January.

But there is still some hope that everything will be settled down (no, it cannot end just now as it'll be much longer) because sitting president Donald Trump knows how to manipulate his supporters, and he prevents current confrontation (which is far from peaceful one) from escalating into really active military actions although disintegration of society is not going anywhere, it'll be maintained throughout the term of Joe Biden as president.

However, it can also not be excluded that Trump won't manage to reduce the critical mass of riots. And then an armed conflict is inevitable. Currently huge quantities of arms are at the disposal of the population. Only officially, more than 4 million firearms had been sold by the end of 2020. Most of buyers are those who have done it for the first time. So, they are absolutely unpracticed with firearms, and they can go in shooting quite impulsively.

What's happening now and here - this is not imaginary or farce. The US intelligence community is raising the alarm regarding a serious threat to the command and control systems for the US strategic nuclear forces; the threat posed by extremist-minded Trumpists who have allegedly prepared a special surprise for Biden's inauguration. Someone certainly thinks that such fears are groundless, and that, supposedly that Ballistic Missile Launch System is so elaborate and well-protected that there is nothing to worry about. However, among the supporters of the sitting president there are not only some casual people from the street, but also high-ranking politicians, military officials and academic personalities. God only knows what to expect and what to plan for. But it takes the smallest glitch in procedures for the transfer of the 'nuclear football' to pose a threat to the entire US national missile defense system. And don't forget that Trump has refused to participate in the ceremony of Biden's inauguration.
Add Your Comments
Support Independent Media
We are 100% volunteer and depend on your participation to sustain our efforts!