by anonymous autonomist
On January 19, on Ramaytush Ohlone land occupied under the name "South San Francisco", the county courthouse was vandalized with anti-police, anti-State, anti-colonization slogans and the windows of the front entrance were smashed in. 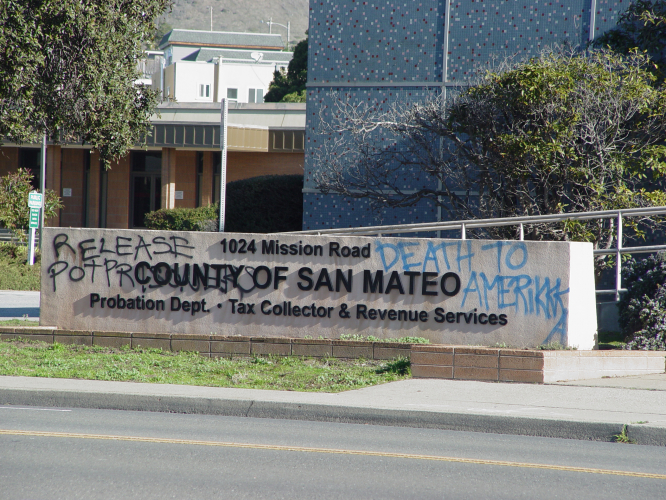 original image (2560x1920)
Comrades have continued the barrage of attacks to this government's human bondage infrastructure. Inspired by successful attacks in Vacaville and San Francisco, a group of individuals successfully attacked the county courthouse. The face was used as a canvas for political slogans, and the glass of the front entrance was entirely shattered.

Comrades involved had this to say:

As it enters a new phase, the violence of the amerikkan empire remains disgusting and demented, as designed. While we are faced with new challenges in enacting decolonization and the abolition of capitalism and all oppression, we will remain on the offensive, exposing the violence inherent to amerikkka and exploring the freedoms of possibility.

We acted with this in mind: whatever happens in our urban centers in response to another president, the urgency and possibility of everyday actions to dismantle this shitsystem can proliferate across the land through actions of individuals, affinity groups, neighborhoods, communities of all forms. Our power lies in our willingness to act in spontaneous, unpredictable ways. There are possibilities to be realized everywhere and at all times. This energy could never be contained or governed.

We have infinite power in the spiritual and emotional release that comes with acting in accordance with the land. A window with logos of the police and carceral State existed yesterday, and are gone today. A powerful cleanse of the spirit; a dance with the entities haunting this occupied land. This is the power we can continually harness within ourselves and the people we build futures with. This is the power that whiteness suppresses, it is our upper hand and a path to individual and collective liberation.

The justifiers of white supremacist violence will change their aesthetic from red to blue, but their day of reckoning quickly approaches with every drop of freedom exercised by those brave enough to act with feeling and love.


Justice for Derrick Gaines!!
Justice for Chinedu Okobi!!
Abolish the police!!
Death to the plantation!!
Solidarity to all who fight oppression!!!
Related Categories: Peninsula | Police State & Prisons | Racial Justice
§Glass at front entrance cleaned and ready to be boarded up
by anonymous autonomist 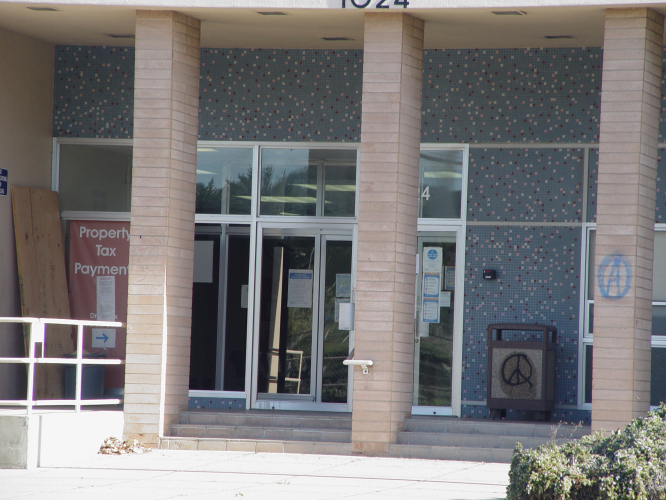 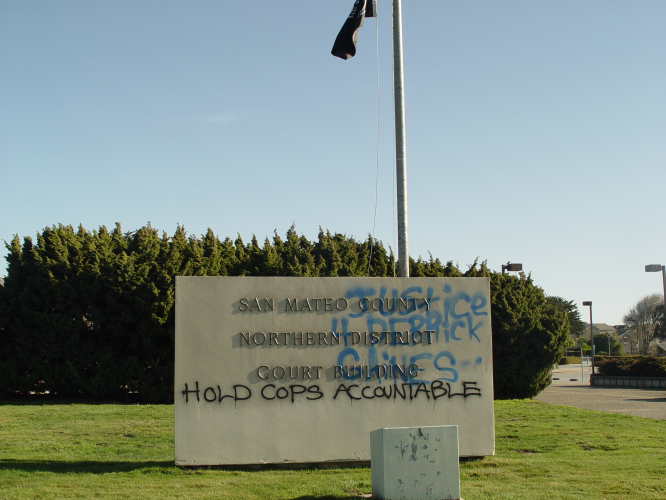 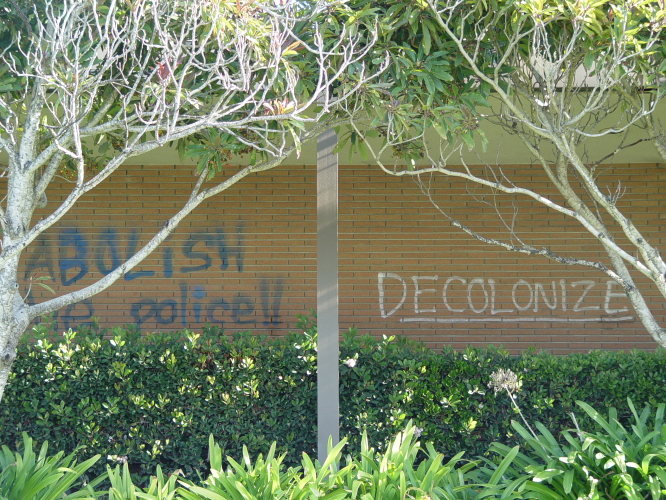 original image (2560x1920)
Add Your Comments
Support Independent Media
We are 100% volunteer and depend on your participation to sustain our efforts!