Pacifica CA: Fascism and White Supremacy -- Not Here, Not Anywhere 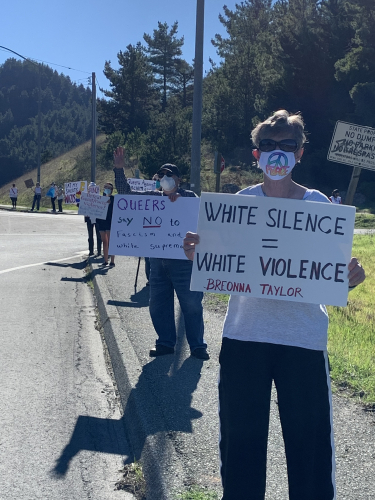 original image (3024x4032)
Thousands of people heading down the Pacific Coast Sunday, January 17, were cheered to see people holding signs such as “White Silence = White Violence” and “I Hate Fascism.” Drivers, slowed by the weekend traffic waved, cheered and clapped.

“We thought it was important to be out in the public on the day that fascists had announced they would have armed marches in state capitols and DC to follow their rampage through Washington DC,” said one sign-waver. “White supremacists are not welcome here, or anywhere.”

The demonstration was organized by Pacifica Social Justice, a group which formed in January 2017. PSJ successfully campaigned for a strong sanctuary city ordinance in 2017, and has been involved in a number of social justice struggles including campaigns against police violence, and for tenants’ rights.

“It’s not that we’re not afraid of these armed white marauders, it’s that we are determined to end racism and these fascists will not win,” said Tory who went along the socially distanced line with a speaker playing Rhiannon Giddens cover of Woody Guthrie’s “All You Fascists Bound to Lose.” 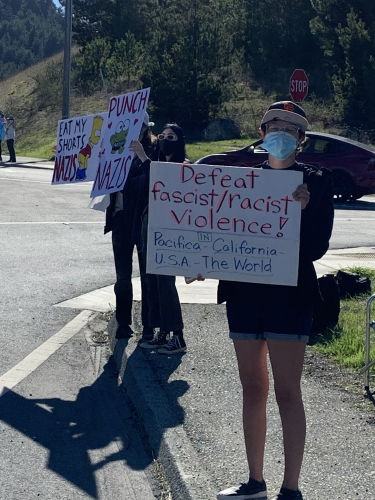 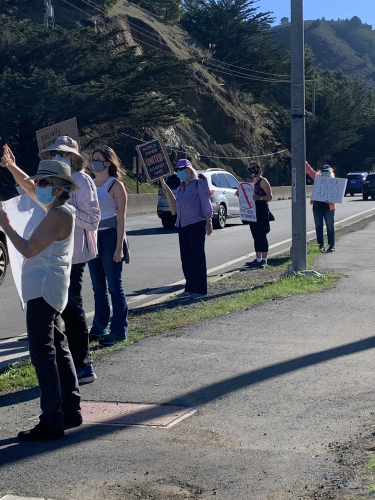 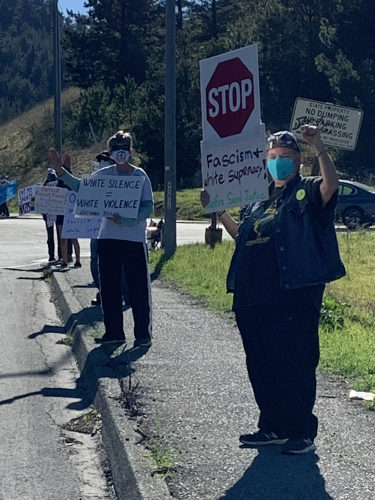 original image (3024x4032)
END_OF_DOCUMENT_TOKEN_TO_BE_REPLACED
Add Your Comments
Support Independent Media
We are 100% volunteer and depend on your participation to sustain our efforts!