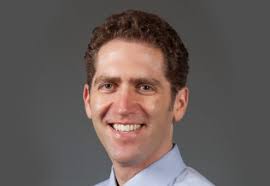 Cardiologist Rob Ostfeld MD documents that the keto diet causes heart arhythmia, mineral deficiencies, kidney stones fractures, etc. Keto diets also cause problems with hema iron, impacting the microbiome, sialic acid, antioxidants, LDL cholesterol, inflammation, oxidative stress and other serious problems. Other physicians report ketosis causes bleeding ulcers, constipation. acidification of the body, arthritis, food poisoning etc.
"A ketogenic diet may be good for short term weight loss.. so is cocaine." quoted Ostfeld.
The problem is that after a short while people on a keto diet can't lose any more weight. Dr Mervyn
Hardinge conducted isocaloric studies, giving 3 differnet groups the same number of calories daily.
After 3 months, the nonvegetarians weighed 23 pounds more than the vegans and 12 pounds more than the dairy and egg vegetarians. Fruitarians he studied were not in the isocaloric tests but weighed least of the 4 groups.
Dr Ostfeld's 7 and a half minute talk:
https://www.youtube.com/watch?v=tqmK8vjMmtE
A 2017 Lancet (British medical periodical) study of a Bolivian people who have a very low heart disease rate reported their diets are 72% carbohydrates.
https://www.thelancet.com/journals/lancet/article/PIIS0140-6736(17)30752-3/fulltext
The American Medical Association reported that Dr Robert Atkins' Diet Revolution contained unscientific and potentially dangerous recommendations. Atkins who published a ketosis recommending book died at the age of 70 weighing over 250 pounds. Whether or not a cerebral stroke caused his falling is not known.
Carnivores on a ketogenic diet have 5 times our kidney size per pound and a much reduced life expectancy. They live by causing harm and terror to other beings.
No longliving population is in a constant rate of ketosis.
Centenarian tribes are primarily carbohydrate consumers. Most are vegetarian or almost vegetarian according to a Jan 1973 National Geographic article. Conversely the Inuit and Masai with very high levels of animal protein and fat in their diets have among the shortest life expectancies in the world. Dr Linus Pauling who won 2 Nobel prizes, one in biochemistry, one for his work for peace, found that the neurotransmitters of the brain resembled fruit molecules. He began an orthomolecular research institute. If we were intended to eat paleo diet we would have claws, very sharp teeth, a much shorter intestinal tract, more hydrochloric acid in our stomaches, and, as mentioned before, much more kidney size in relation to weight.
Another Lancet study, this one by Reynolds, found that the more whole grains one eats the less diabetes.
Animal products cause fat deposits in the liver and muscles. These fat deposits create insulin resistance and diabetes.
Eating plant based diets decreases diabetes symptoms and helps the pancreas create insulin.
Only epileptics benefit from a keto diet. Even then it is better for epileptics to eat a vegan ketogenic diet rather than one with animal products. It is not paleo diet athletes but those who are vegetarian, vegan or
fruitarian who are the recordbreaking champions, for instance the 1st and 2nd persons recorded to run the 4 minute mile, the home run king of major league baseball, Iron Man contests, the man who did 17,003 consecutive pushups etc.
https://www.indybay.org/newsitems/2010/09/11/18658452.php