Add an Event
Newswire
Calendar
Features
Home
Donate
From the Open-Publishing Calendar
From the Open-Publishing Newswire
Indybay Feature
Related Categories:
50th Anniversary of MLK Library - 'Hidden Archives" within the Sacramento Room Come Alive
by Michael Harris
Thursday Jan 14th, 2021 1:36 PM
Dr. King realized the importance to Blacks in America, having been snatched from Africa and having lost our culture and identity, of reclaiming that culture. It is through this process of reclaiming African culture, Dr. King would go on to say, that we will regain our humanity. The Sacramento Room maintains the archives how the MLK Memorial Library was named in his honor established the very night of his assignation in Memphis, Tennessee on April 4, 1968 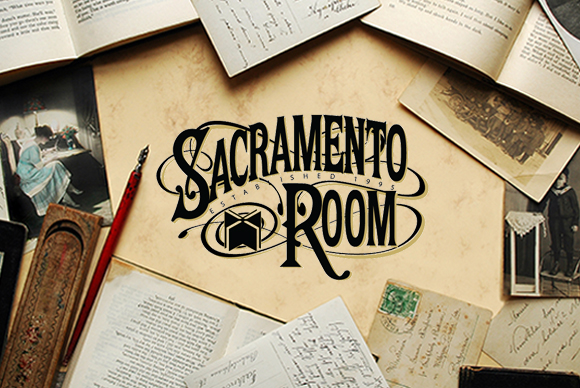 “In this period when the American Negro is giving moral leadership and inspiration to his own nation, he must find the resources to aid his suffering brothers in his ancestral homeland.” – Martin Luther King Jr., Hunter College, New York City, Human Rights Day, Dec. 10, 1965

When discussing the legacy of Martin Luther King Jr., especially his “I Have a Dream Speech,” what is often missed is his concern for global justice, particularly in Africa.

While Dr. King’s outspokenness about the Vietnam War toward the end of his life has been well documented and discussed, his views about the need to support anti-colonialism and anti-Apartheid in Africa is less so.

Dr. King and Coretta King attend the independence celebration in Ghana in March 1957.

Six years later, speaking at Western Michigan University on Dec. 18, 1963, he said: “I can remember when Mrs. King and I first journeyed to Africa to attend the independence celebration of the new nation of Ghana. We were very happy about the fact there were now eight independent countries in Africa. But since that night in March 1957, some 27 new independent nations have come into being in Africa. This reveals to us that the old order of colonialism is passing away, and the new order of freedom and human dignity is coming into being.”

Having attended the inauguration of Kwame Nkrumah as prime minister of newly independent Ghana – King was in Ghana from March 4-27, 1957 – Dr. King was quick to recognize this connection.

Dr. King spoke of being overcome with emotion during the independence ceremony, as he understood the historical significance of the moment on the one hand and the source of inspiration Ghana’s independence meant for the fight for freedom of Black people in America on the other.

Upon his return to America, Dr. King would talk about his impressions of his trip to Ghana in a sermon entitled, “The Birth of a New Nation.”

Within that sermon, Dr. King talked about continuing to fight not just against segregation but also against colonialism, imperialism and exploitation in Africa. We forgive Dr. King who did not have the benefit of African centered scholarship at the time for his historically inaccurate references to Egypt in this sermon. Dr. King would eventually speak out against Apartheid in South Africa and as early as 1964 was calling on “Western” powers to impose economic sanctions on the racist regime.

I have to admit that as a young student activist, I never embraced Dr. King’s philosophy of passive resistance; nonetheless, time has allowed me to take full measure of the man and recognize that this monumentally heroic figure, was far more complex and engaged in the world – especially the African world – than his iconic “I Have a Dream Speech” reveals.

King was in the audience in Ghana and heard Kwame Nkrumah say, “Our independence is meaningless unless it is linked up with the total liberation of Africa,” during Nkrumah’s Independence Day speech. It has even been suggested that the phrase “free at last” was influenced by similar words Nkrumah spoke in that speech.

Dr. King was also extended and accepted an invitation from Nnamdi Azikiwe to attend Azikiwe’s appointment as governor general of Nigeria on Nov. 16, 1960. Nigeria had declared its independence from Britain on Oct. 1, 1960.

Dr. King was no doubt an internationalist when it came to the issue of human rights. His views and concerns were not confined to the geographical boundaries of the United States.

Dr. King would visit the United Nations, where he met with many leaders of the world, but specifically those African leaders of newly independent countries and those whose independence had not yet been achieved.

Thus, what should not be overlooked is the view that Dr. King shared with Malcolm X, that the plight of the Black man in America was one of a violation of his “human rights” and not just civil rights and that America should be brought before the United Nations, where the plight of African Americans could be raised.

Part of this strategy involved the solicitation of those newly independent African countries, which could offer resolutions condemning “Apartheid in America” and embarrass America before the international community.

Dr. King was no doubt an internationalist when it came to the issue of human rights. What should also not be overlooked is the inspiration the civil rights and Black power movements in America provided to the various independence movements in Africa.

Dr. King, like Malcolm X, sought to grow this connection as the above quote clearly indicates and understood the system of “white supremacy” was global and needed to be defeated globally.

Additionally, Dr. King realized the importance to Blacks in America, having been snatched from Africa and having lost our culture and identity, of reclaiming that culture. It is through this process of reclaiming African culture, Dr. King would go on to say, that we will regain our humanity.

Dr. King’s growing international views would not be welcome by the system of “global white supremacy,” of course, and even some of his close Black associates would eventually become detractors.

When J. Edgar Hoover described Dr. King as “the most dangerous man in America,” those were foreboding words. But with Dr. King’s growing outspokenness on international matters, J. Edgar Hoover’s view was no doubt shared by forces involved in exploiting Black people and other people of color in other parts of the world.

As we commemorate the 50th anniversary of the MLK Library Sacramento let us not forget his desire to see all people in the world free from injustice, but especially those of African descent – at home and abroad – something not lost on many Africans on the continent today.
Add Your Comments
Support Independent Media
We are 100% volunteer and depend on your participation to sustain our efforts!