by Norse, Condotti, and van Keulen (rnorse3 [at] hotmail.com)
Federal Magistrate Susan van Keulen granted a last minute motion from City Attorney Condotti delaying any decision and/or hearing on the San Lorenzo Campground until January 20th, allowing both the SC Homeless Union Survival Supporters and "Save the Grass; Screw the Homeless" attorneys to present more evidence and argument to sweep the park. 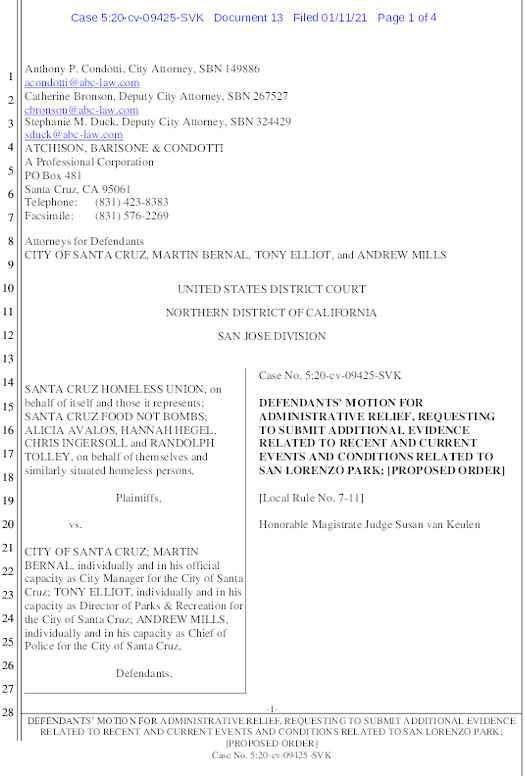 If any media has a copy of that hearing, I would encourage them to post it. The hearing, as I witnessed it, illustrated the clear failure of the City to adequately justify its mid-Winter mid-pandemic abrupt action.

They have offered neither walk-in Winter Shelter nor alternate spots for those being evicted. Instead they moved in on December 21 to destroy many tents, haul away private property without documentation, and terrorize vulnerable people in the midst of a cold winter.

Until then, I encourage supporters of the survival sleeping areas in San Lorenzo camp to contact Alicia Kuhl (831-431-7766) with any evidence of harm likely to come to those forced to leave the protective community encampment of the park. The filing time allowed is brief--only until noon Thursday 1-14-21.

I append the documents that I've received without comment. I've not been able to post the five of them without having the text of those comments disappear, but I hope someone with more time, energy, and expertise will do so. In the meantime, I think they give a good picture of the City's rushed, smug, and hollow excuses.
§
by Norse, Condotti, and van Keulen 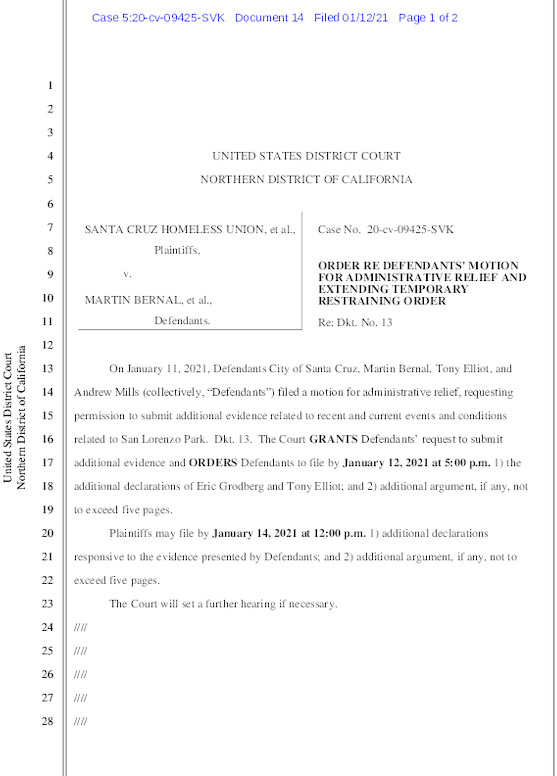 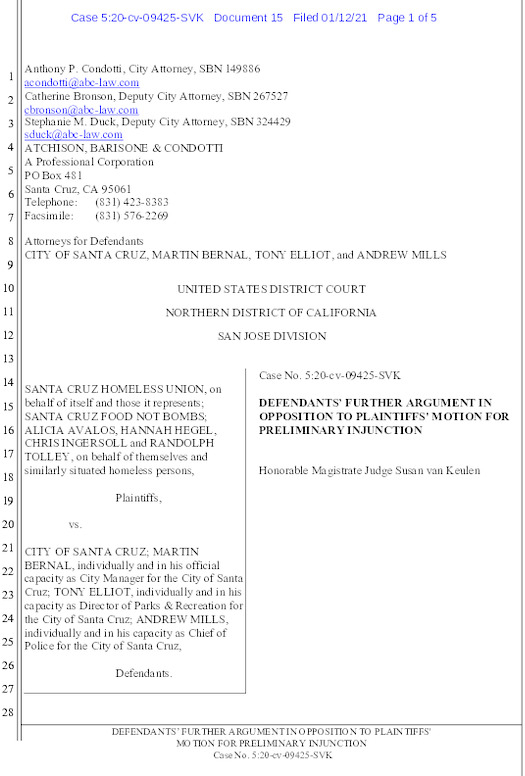 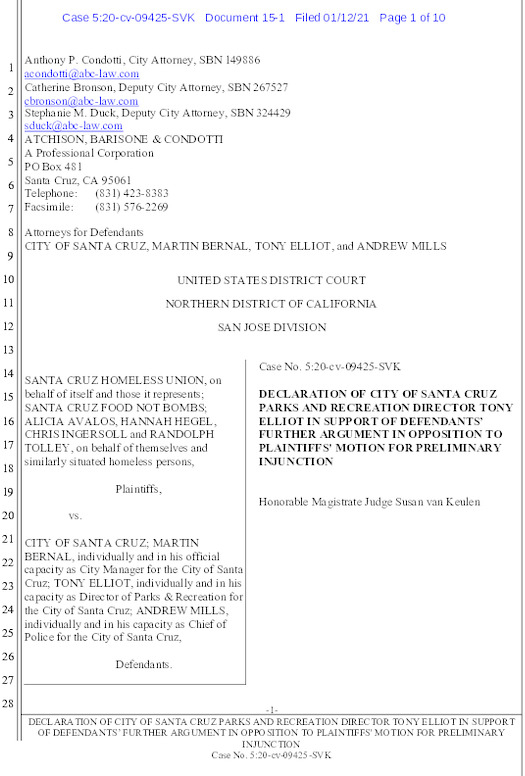 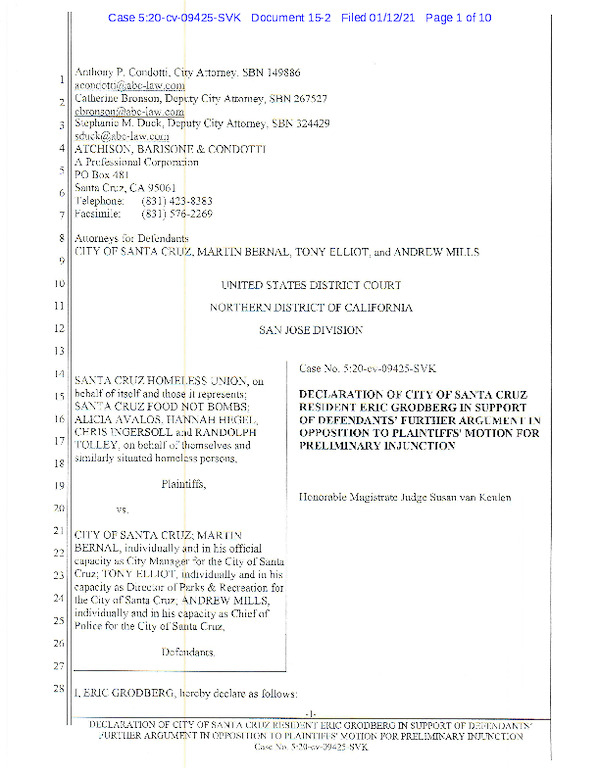 Download PDF (8.4MB)
Add Your Comments
Support Independent Media
We are 100% volunteer and depend on your participation to sustain our efforts!