Rep. Jim Jordan Projects His Own Vote Fraud Onto Democrats

1. It is ironic that Representative Jim Jordan on January 12th 2021 was yet again projecting onto Democrats a stolen election. Jim Jordan is in office because he sits in the most gerrymandered district in the nation, called the duck district because it is a caricature of a duck's shape. He would not be in office if liberal Elyria Ohio had not been subdivided. He is indeed at present the chief gander in the duck district.

2. Donald Trump in 2020 paid 1.8 million dollars to Nathan Sproul, (and in 2016 1.2 million).Who is Sproul? He conducts phony voter registration drives in many states. His operatives have gone to jail for throwing away all nonRepublican registrations, but Sproul has not.
(G W Bush, McCain, and Romney campaigns all hired Sproul.)

3. Ohio's Secretary of State office did not mail out absentee ballots in many cases until 5 weeks after requested, too late for immobile citizens to vote. Like Jon Husted and Ken Blackwell, 2 Democratic voter suppression GOP Secretaries of State before him, Frank La Rose worked to reduce Democratic voting rolls. 1/4 mile long early voting lines were a result.
https://www.cleveland.com/politics/2019/08/ohio-dems-sue-frank-larose-seeking-to-stop-voter-purge.html

4a. Republican Secretary of State Frank LaRose was sued twice for voter suppression including alloweing only 1 ballot dropbox per county in Ohio.

4b. He was helped by WKSU, an NPR affiliate which gobbled up at least 6 other NPR affiliates reaching 1/4 of Ohio's territory with consistent Republican messaging.

5. Robo calls to Ohio Democratic voters reported there were prognostications of violence at the polls, of lines which took hours to vote, of bill collectors and forced vaccinaters at the polls.

7. "Hours before President Donald Trump went on national television Thursday to declare the inherent illegitimacy
of ballots received after Nov. 3, local Republican officials recruited volunteers to call Pennsylvania voters and urge them to get their ballots in by Friday—three days after Election Day," The Daily Beast reported late Thursday evening.
https://www.thedailybeast.com/trump-warns-of-corrupt-post-election-day-votes-as-his-supporters-push-for-them-in-pa/

8. Republicans want mandatory voter ID as a form of voter suppression (the immobile poor have more difficulty getting duplicates etc), but reported the Charlotte Observer "In 2016, North Carolina's Board of Elections found that 4,769,640 votes were cast in November and that only one would probably have been avoided with a voter ID law." In Australia everyone is automatically registered to vote. Those who do not vote are fined $35.
https://www.charlotteobserver.com/opinion/editorials/article247291039.html

10. The Citizens United case defined money as free speech and was decided by 5 Republicans on the Supreme Court. It in essence ruled that elections could be bought. 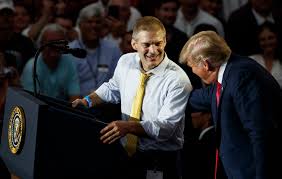 https://www.thedailybeast.com/trump-warns-...
Add Your Comments
Support Independent Media
We are 100% volunteer and depend on your participation to sustain our efforts!