by Dan Bacher
California Gavin Newsom has come under fire from environmentalists and the public over the fracking and other oil drilling permits that CalGEM issued in 2020 for Aera Energy and other oil companies. 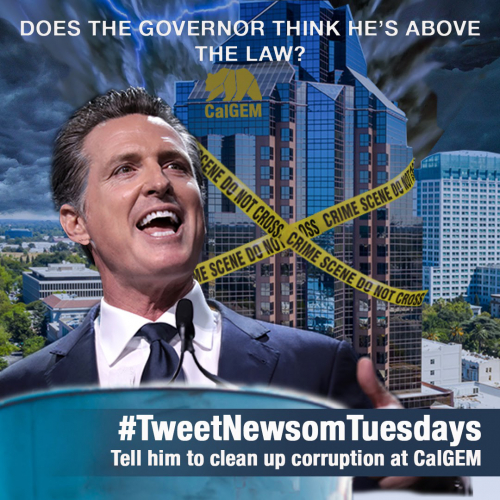 The agency announced the delay in regulations on the year’s last day as people were getting ready to celebrate the arrival of the New Year locked down in their homes due to the COVID Pandemic.

"It looks like the release of CalGEM’s discussion draft has been delayed until Spring 2021,” said Theo LeQuesne, Climate Campaigner, Climate Law Institute, Center for Biological Diversity after reading the agency’s announcement. “They have also permitted another 14 fracking permits to Aera (Lobbyist Jason Kinney’s client) in the South Belridge field yesterday and today.

LeQuesne now estimates the number of fracking permits issued in 2020 at 83, for a total of 608 individual frack events in 2020.

In their announcement, the Department of Conservation’s California Geologic Energy Management Division (CalGEM) claimed it “is committed to transparency as it works to establish science- based health and safety regulations to protect communities and workers from the impacts of oil extraction activities.”

The agency claims it has extended the timeline to enable input from what it describes as “an independent panel of public health experts.”

“Consistent with Executive Order N-79-20, CalGEM planned to release its draft regulations this month, but this timeline has been extended to which took longer to assemble than anticipated. CalGEM will receive guidance from the public health expert panel to inform the draft regulation that CalGEM will post online -- for a minimum of 60 days of public review -- in Spring 2021,” the agency stated.

CalGEM has contracted with the University of California at Berkeley to enlist a panel that includes oil and gas public health experts, epidemiologists, toxicologists, and medical experts.

In the delayed draft regulations, CalGEM said it is currently considering “protective setbacks” between oil production and sensitive receptors such as homes, schools and communities.”

Environmental justice organizations and frontline communities are asking for health and safety setbacks of 2500 feet between oil and gas wells and homes, schools, hospitals and other facilities.

The agency also said it is “considering operational and engineering controls that limit or eliminate potentially harmful conditions affecting workers and nearby communities.”

In California, oil and gas companies can drill wells right next to homes.

Since January 2019, Governor Newsom’s oil and gas regulators have approved a total of 7,625 total oil and gas drilling permits, according to updated data from Consumer Watchdog and the Fractracker Alliance at the website: http://www.NewsomWellWatch.com.

The two public interest groups linked the map on http://www.NewsomWellWatch.com to video footage capturing leaking infrastructure at half a dozen well sites near communities that received permits under the Newsom Administration.

The Fractracker Alliance has also just published a new study on the potential impacts of health and safety setbacks and environmental justice in California revealing that 2.7 million people, mostly low income and people of color, live within 2,500' of oil and gas infrastructure, and a total of 7.37 million Californians live within 1 mile of oil and gas wells.

The report, People and Production: Reducing Risk in California Extraction, makes a number of conclusions, including recommending a setback of at least one mile between oil and gas wells and homes, schools, based on the peer reviewed literature.

California Gavin Newsom has come under fire from environmentalists and the public over the fracking and other oil drilling permits that CalGEM issued in 2020 for Aera Energy and other oil companies.

In November, the Governor came under even greater scrutiny when the San Francisco Chronicle revealed that Newsom had attended a birthday party at an exclusive Napa restaurant, Fresh Laundry, for his friend and connected advisor, lobbyist Jayson Kinney, where the participants didn’t practice the Governor’s own social distancing and other rules developed to deal with the COVID pandemic.

Steve Horn of Capital & Main had previously reported that Kinney’s lobbying firm, Axion Advisors, represented Aera Energy, the recipient of many of the oil drilling permits granted to oil companies in 2020.

“That company, Aera Energy — a joint venture of Shell and ExxonMobil — is represented by the lobbying firm Axiom Advisors. Axiom’s lobbyists include Jason Kinney, a senior advisor to Newsom while he served as lieutenant governor, and Kevin Schmidt, a policy director for Newsom during the same time period,” reported Horn. “Kinney’s wife, Mary Gonsalves Kinney, Capital & Main previously reported, is also the personal stylist for First Partner Jennifer Siebel Newsom.”

In addition to his longtime relationship with a lobbyist for Aera, Newsom also took $97,000 in campaign contributions from the fossil fuel industry in 2019-20, according the Sierra Club’s “Tracking the Dirty Dollars” project. Check it out: Report Overview

The reason why the Newsom administration is approving increasing numbers of oil and gas permits at a time of an unprecedented pandemic is due to the uncomfortable fact that the oil industry is the most powerful corporate lobby in California and exercises enormous influence over the Governor’s Office, the State Legislature and the State’s regulatory panels, commissions and panels.

A classic example of deep regulatory capture in California is how Catherine Reheis-Boyd, the President of the Western States Petroleum Association, chaired the Marine Life Protection Act (MLPA) Initiative Blue Ribbon Task Force to create “marine protected areas” in Southern California at the same time that she was lobbying for new oil drilling off the West Coast.

For more information, read: http://www.counterpunch.org/…
Add Your Comments
Latest Comments
Listed below are the latest comments about this post.
These comments are submitted anonymously by website visitors.
TITLE
AUTHOR
DATE
fracking poisons the watershed, causes earthquakes
stating the obvious
Support Independent Media
We are 100% volunteer and depend on your participation to sustain our efforts!