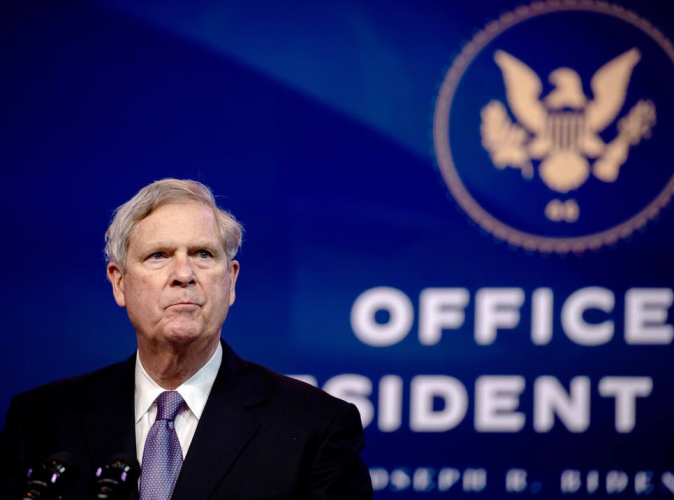 original image (965x715)
Today, National George Washington Carver Day is observed in very few locations throughout the U.S., yet the cry for Black Farmer is interesting, at best.

Our Ancient Pan African Sacred Science of Agriculture is hidden through the continued "Mis-Education of the Negro" and limited scope of conversation preferring "farming" vs. "Agriculture."

Black Agriculture, remains beyond basic cognition as "Black Farmers" remain just above 1% of U.S. Ag producers and the remaining 90% of the broader U.S. Agriculture Industry is far beyond the fantasy dreams of some folks waiting on a check for challenging Secretary Vilsack return to the "Peoples's Department."

Few have ever actually observed January 5, the day on which the pioneering botanist and educator died in 1943 or recognize our ancient future teaching his journey to a new challenge.

In remembrance of his outstanding contributions to the nation and to the world of Agriculture Science, his name is honored, yet few care to know or celebrate with full on restoration of his vision for all Americans.

George Washington Carver was born into slavery around 1864 or 1865, just prior to the end of the Civil War.

He and his mother were stolen by Confederate raiders; Carver was returned, orphaned, to his owners Moses and Susan Carver, with whom he remained even after emancipation.

The vast majority of those enslaved in the United States did not have educational opportunities.

Legislation banning the education of enslaved, prisioners of war and breed chattel humans was not uncommon.

Literate enslaved Africans and others was not only frowned upon but also often feared.

It took extreme efforts to begin breaking down the barriers of racial discrimination.

The biggest early strides were made by a small number of determined and talented individuals who proved that skin color was no impediment to achieving greatness.

George Washington Carver was one of the first Africans in America to do so through industrial Agriculture scientific scholarship.

Frail and sickly from birth, Carver was drawn to nature and earned the nickname "plant doctor."

He was one of the fortunate few to receive a formal education. After graduating from high school, Carver applied and was accepted at Highland College in Kansas - even meriting a scholarship. Upon his arrival at Highland, however, the school president turned him away with the words, "Why didn't you tell me you were a Negro?"

Undefeated, Carver went on to Iowa's Simpson College, initially indulging his love of art. One of his instructors, Etta Budd, recognized Carver's horticultural skills and advised him to study at Iowa State College of Agriculture and Mechanic Arts (now Iowa State University).

After graduating from the institution, he joined the faculty and soon thereafter earned his master's degree. Before long, Carver's research was drawing wide notice.

In 1896 Booker T. Washington, one of the most prominent African American educators, asked Carver to join the faculty of Tuskegee Institute, now Tuskegee University.

Carver taught students the value of understanding and applying the forces of nature to agriculture.

Carver turned his attention to the plight of Southern Agriculture industry hit hard by the boll weevil.

He educated farmers in the art of crop rotation, knowing that the peanut plant had powers to restore nitrogen to the depleted soil, which in turn would increase both the quantity and quality of staple cotton and tobacco crops, as well as increase the value added utilization of crops.

Due to his overwhelming contributions to helping stabilize and grow the U.S. Agriculture industries Carver was showered with recognition and attention during his lifetime.

He was a consultant to the U.S. Congress as well as to titans of business and industry, and was considered both peer and friend of Henry Ford and Thomas Edison.

He was convinced that science held the answers to all of life's questions and that one just needed to have a "receptive ear."

Carver chose to secure a mere three patents and was highly respected for his non-profiteering nature.

He was noted as repeatedly saying about his ideas and discoveries, "God gave them to me. How can I sell them to someone else?"

He helped pave the way for other African American agriculture scientists and inventors to make their contributions with greater facility.

In his words, "We get closer to God as we get intimately and understandingly acquainted with the things he has created."

In a brief essay on this topic, he wrote in part: The study of nature is not only entertaining, but instructive and the only true method that leads up to the development of a creative mind and a clear understanding of the great natural principles which surround every branch of business in which we may engage. Aside from this it encourages investigation, stimulates and develops originality in a way that helps the student to find himself more quickly and accurately than any plan yet worked out.

The singing birds, the buzzing bees, the opening flower, and the budding trees, along with other forms of animate and inanimate matter, all have their marvelous creation story to tell each searcher for truth.

More and more as we come closer and closer in touch with nature and its teachings are we able to see the Divine and are therefore fitted to interpret correctly the various languages spoken by all forms of nature about us.

Upon Carver's death in 1943, his birth site and surrounding area were designated historic sites and a monument was erected in his honor.

According to Gloria Sanders McCutcheon in an article for the South Carolina Times and Democrat newspaper, as of 2003, about 10 U.S. states had declared annual Carver recognition days.

The American Chemical Society had plans to lobby the remaining 40 states to extend similar recognition to Carver. Several stalled efforts remain in limbo.

Tuskegee University, where Carver taught and conducted so much of his research, honors him in several ways.

Since 1984, the George Washington Carver Public Service Award has been given annually to individuals whose work mirrors the philosophy of the world-recognized scholar.

In 1999 Tuskegee began holding a yearly George Washington Carver Convocation. The ceremonies are held in late January or early February in the school's chapel, near Carver's burial site.

The event celebrates Carver's life and legacy, recognizing his contributions to science, agriculture, and the humanities. In addition, the school selects a recipient for a George Washington Carver Distinguished Achievement Award. The award recipient is chosen based upon merits that mirror the standards set by Carver, and he or she offers remarks at the Convocation.

Reprinted from George Washington Carver: In His Own Words by Gary R. Kremer, by permission of the University of Missouri Press. Copyright © 1987 by the Curators of the University of Missouri. Carver's memory and contributions have been and continue to be honored in ways other than acknowledgment on one particular annual date. On July 17, 1960, for example, the George Washington Carver National Monument, located near his birthplace in Diamond, Missouri, was dedicated. In addition, many elementary and high schools across the country are named after him. Science fairs and science project events frequently evoke Carver's name. Two U.S. stamps and a commemorative coin bear his likeness, and two U.S. submarines, now decommissioned, were named in his honor. Carver received honorary doctorates and memberships in professional organizations, both while living and posthumously. In fact, as recently as 2005, the entire body of Carver's work was designated a National Historic Chemical Landmark.

Perhaps least surprising of all, Carver is well remembered by the National Peanut Board. This not-for-profit organization established its own Dr. George Washington Carver Award in 2001 with prize monies awarded to undergraduate and graduate students; matching funds are donated to their academic institutions.

The Carver Museum compiled a list of more than 100 peanut products and by-products attributed to George Washington Carver, including foods, beverages, cosmetics, dyes, medicines, and many other items.