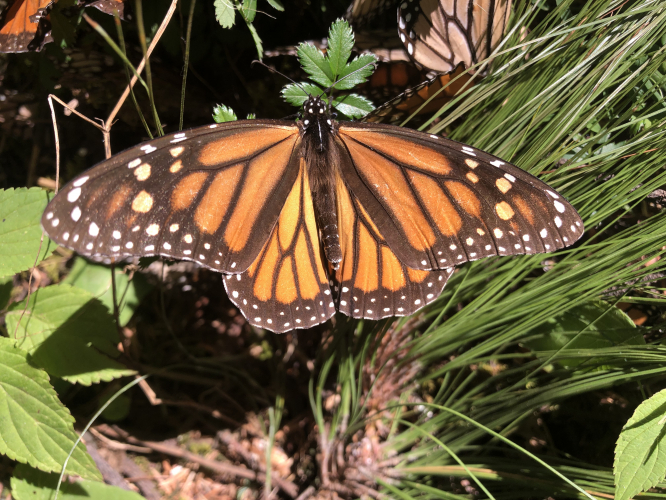 original image (4032x3024)
The decision was issued in response to a 2014 petition from the Center for Food Safety, Center for Biological Diversity and allies seeking a threatened listing for the iconic pollinators due to drastic population declines and ongoing threats. Today’s finding means the butterfly’s status will be reviewed annually until the Service issues either a listing proposal or denial.

“Protection for monarchs is needed — and warranted — now,” said George Kimbrell, legal director at the Center for Food Safety. “In acknowledging that listing is needed, but still avoiding that decision, the Trump administration has placed Monsanto profits above Monarchs. The Biden administration must follow the law and science and protect them.”

The most recent population counts show a decline of 85% for the eastern U.S. population that overwinters in Mexico and a decline of 99% for monarchs west of the Rockies, which overwinter in California. Both populations are well below the thresholds at which government scientists estimate the migrations could collapse.

The Service itself has estimated up to an 80% probability of population collapse for eastern monarchs within 50 years and a 96-100% probability for the western population. Fewer than 2,000 total western monarchs have been counted so far this winter in the annual census in California. The eastern count will be updated next spring but is not expected to rebound significantly from the 2.83 hectares of butterflies recorded in March 2020.

“Forty-seven species have gone extinct waiting for their protection to be finalized. This decision continues the delay in implementing a national recovery plan which monarchs desperately need,” said Tierra Curry, a senior scientist at the Center for Biological Diversity. “Monarchs are beautiful, they play important roles in nature and culture, and their migrations are jaw-dropping. We owe them and future generations an all-in commitment to their recovery.”

Monarchs have declined as a result of the widespread destruction of the caterpillar’s sole food source, milkweed, due to large-scale use of the herbicide Roundup on crops genetically engineered to withstand it. The butterflies have lost an estimated 165 million acres of breeding habitat in the United States to herbicide spraying and development in recent decades.

Monarchs are also threatened by neonicotinoid insecticides and other toxic pesticides, logging on their overwintering grounds in Mexico and California, droughts and severe weather events exacerbated by global climate change, and mortality during their migrations from roadkill and habitat fragmentation.

In Canada monarchs are slated for listing as endangered under the Species At Risk Act. In Mexico they are considered a species of special concern.