by Attorney Kellie Walters
An African-American mother has expressed outrage at the ongoing practice of illegal detention by the Sacramento Police Department after the City’s police officers detained and harassed her under aged son without provocation for the second time in fifteen months. 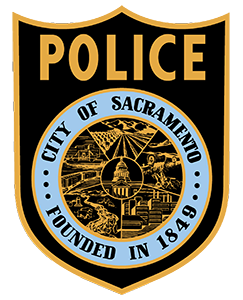 Earlier in the year, Totton and two other mothers filed a federal lawsuit against the City of Sacramento and individual officers after the police illegally detained, harassed, and held their children at gunpoint without provocation.

According to Totton’s attorneys at Chicago-based The Walters Law Firm, on October 10, 2020, the Plaintiff’s 14-year-old son KT attended a movie with his 16- and 17-year-old cousins. KT and his cousins were leaving the Delta Shores Movie Theatre when they were accosted by Sacramento Police Officer Lawrence and another officer.

According to KT’s cousin, a police car initially pulled up and when an officer ordered them to walk to the left, away from the Delta Shores Movie Theatre, KT told the officers that they were already doing that. An officer then exited his car with a taser and ordered KT not to run. Another police car pulled up and the officers patted KT down before physically taking him towards the car.

According to the teenager, the officers then arrested KT, handcuffed him and put him in back of the police car. When his older cousins objected to the treatment of KT, the officers from the second car ordered them to leave otherwise they would put them in handcuffs too.

As KT sat in the back of the vehicle, one of the officers reportedly said, “This is our first victim of the night,” and joked about going out and getting “another one.” Additionally, the officers made disparaging comments to KT, including telling him he was the “problem with society” and asking “Are you going to ‘fuck 12’ your whole life?”

KT was reportedly held for over 40 minutes without the police trying to contact his parents or relatives. According to his attorney, the officers made no call into the station about KT’s arrest and detention during this period. They also wrongfully searched the minor, stating that even “14-year-olds carry guns.”

The young man reportedly asked to speak to his parents several times but his request was denied. Eventually, one of his cousins contacted the boy’s mother, Angel Totton, who has a pending lawsuit against the City of Sacramento after the city’s police officers illegally detained, harassed, and held KT and two other minors at gunpoint without provocation in 2019.

After receiving the call from KT’s cousin and being informed that KT was again being held by the Sacramento Police Department, Totton began a frantic search to reach him. She eventually got on the phone with the officers holding him and a harrowing conversation ensued. They finally allowed her to speak to him while listening to their conversation. During the conversation, the police stated that KT refused to go in the direction the officers told him to go.

KT revealed that his first instinct was to run, as he is still experiencing fear and trauma from the previous time he was illegally detained at gunpoint. One of the officers told KT that he would have shot him if he had run. Despite talking to his mother and without having committed any offense, the police held KT for an additional 15 minutes before releasing him. When asked if he knew the boy was only 14, the officers replied that “14-year-olds carry guns,” despite the fact that he had no reason to believe that KT was armed.
END_OF_DOCUMENT_TOKEN_TO_BE_REPLACED
§Because I have a black son
by Angel Totton 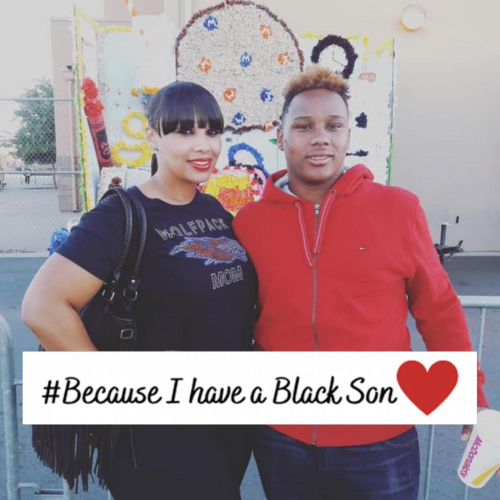 
END_OF_DOCUMENT_TOKEN_TO_BE_REPLACED
§June 19 illegal detention
by Angel Totton
Copy the code below to embed this movie into a web page:
Download Video (995.9KB) | Embed Video
On Friday at approximately 11:40am these three boys were violated one of them being my son. This video only discloses a small portion of what happened. All of the boys in this video are 13 years old. The boys we’re simply trying to get breakfast when a Sacramento police officer decided it was a good idea to draw his gun on these three innocent young boys, in a case of mistaken identity. This is totally unacceptable! The boys were terrified as the officer had his weapon pointed at them while they waited on the hot ground for the officers backup for 3 innocent kids. Once the police realized they had the wrong suspects, the boys were still questioned. No apologies from these officers were given. We are seeking the full video. If anyone has information on the full video please message me. This must stop the mistreatment of our children. These are not criminals these are babies!

END_OF_DOCUMENT_TOKEN_TO_BE_REPLACED
Add Your Comments
Support Independent Media
We are 100% volunteer and depend on your participation to sustain our efforts!