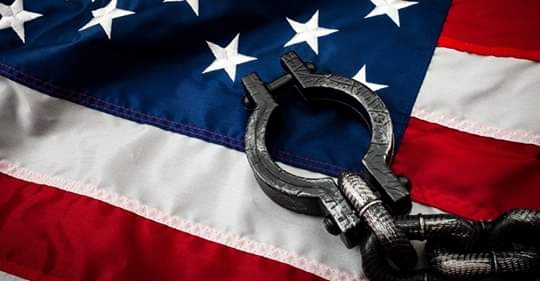 When the Thirteenth Amendment to the US Constitution was certified with the loophole permitting slavery for punishment for a crime, "hidden figures" beginning in 1846 continue to profit from the prision industries.

On December 18, 1865, Secretary of State William H. Seward certified that the Thirteenth Amendment to the United States Constitution had been officially approved.

A constitutional amendment to forever abolish slavery was first proposed in the United States Congress in December 1863, during the Civil War and just months after President Abraham Lincoln’s Emancipation Proclamation legally freed enslaved Black people in rebelling states. Though the proclamation was a war measure that the government had little ability to enforce (because it applied only in states that had declared themselves a separate nation), an emancipation amendment would concretely establish slavery as contrary to the foundational principles of the United States. The Senate passed the abolition amendment on April 8, 1864. After an initial
Add Your Comments
Support Independent Media
We are 100% volunteer and depend on your participation to sustain our efforts!