Add an Event
Newswire
Calendar
Features
Home
Donate
From the Open-Publishing Calendar
From the Open-Publishing Newswire
Indybay Feature
Related Categories: East Bay | Government & Elections | Health, Housing & Public Services
Caravan Carries Message: Trump, You Lost. Now Get the Hell Out!
by R. Robertson
Tuesday Dec 15th, 2020 4:11 AM
Coronavirus hospitalizations have hit record highs in the Bay Area. While people are urged to avoid crowds and stay home as much as possible, one form of protest is seen as safe. Car caravan demonstrations featuring autos and vans decorated with banners continue to be held through the current lockdown period. 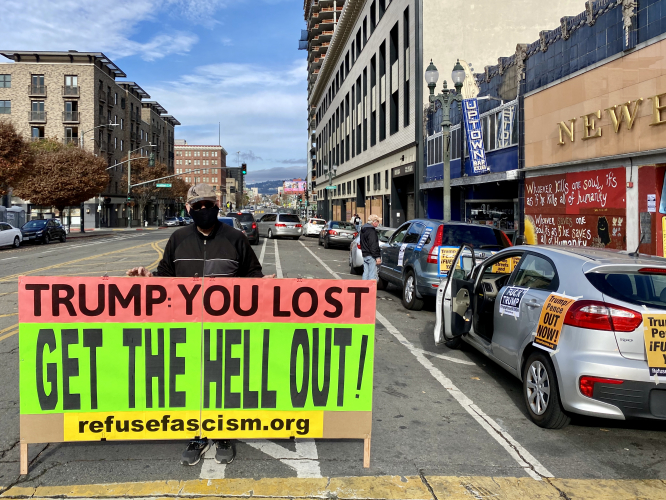 original image (3746x2809)
On Saturday, December 12 from early afternoon, demonstrators gathered at 19th and Telegraph Ave. in Oakland. After participants decorated their cars, their caravan of about a dozen vehicles took off down Telegraph Ave, wound around the cities of Oakland and Berkeley, and ended at the street fair near Dwight Ave. in Berkeley.

Messages included the following: "Trump/Pence Out Now," "We Refuse to Accept a Fascist America" and, simply stated, "Fuck Trump."

Two of the demonstrators also shouted through megaphones: "Trump you're fired, get the hell out!"

Pedestrians all along the sidewalks waved to caravan participants, many stopped to watch and clapped in approval, some taking photos and video. Meanwhile in D.C. on the same day, four people were stabbed and one shot as pro-Trump protesters turned violent. 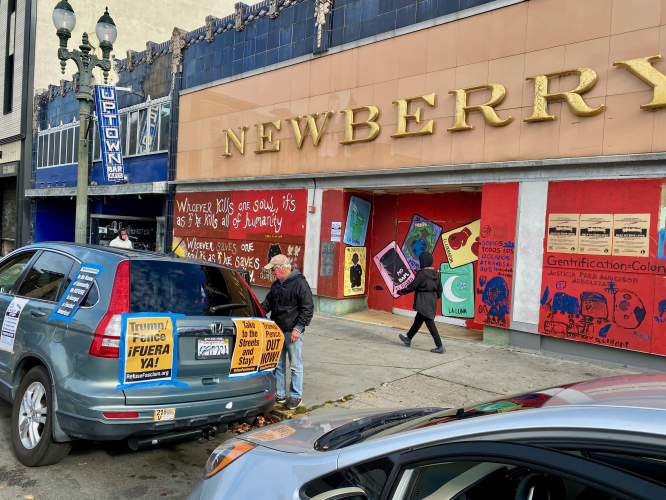 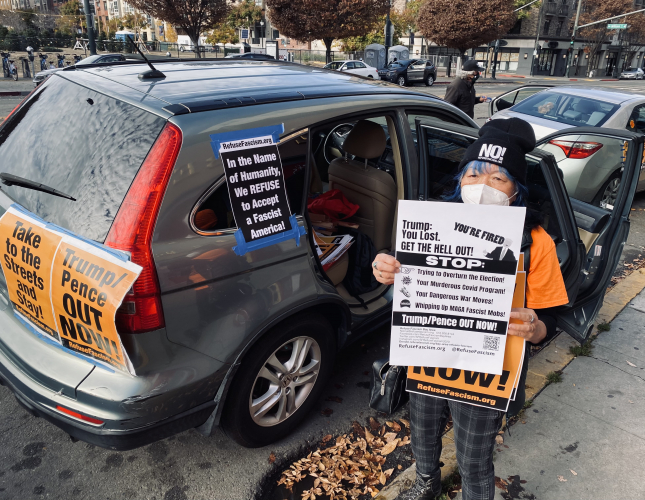 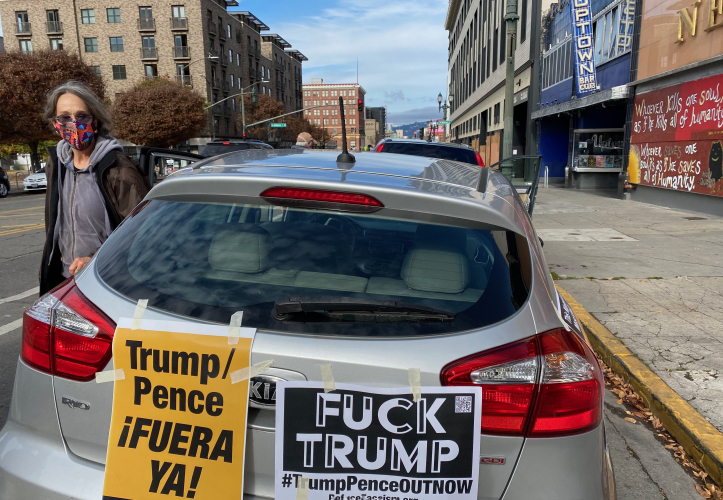 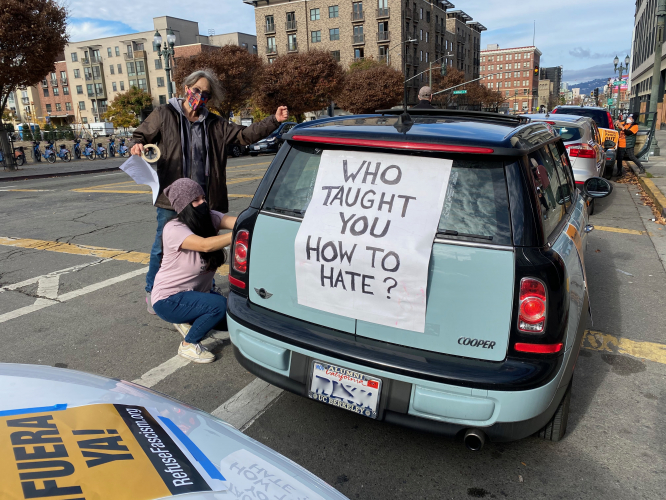 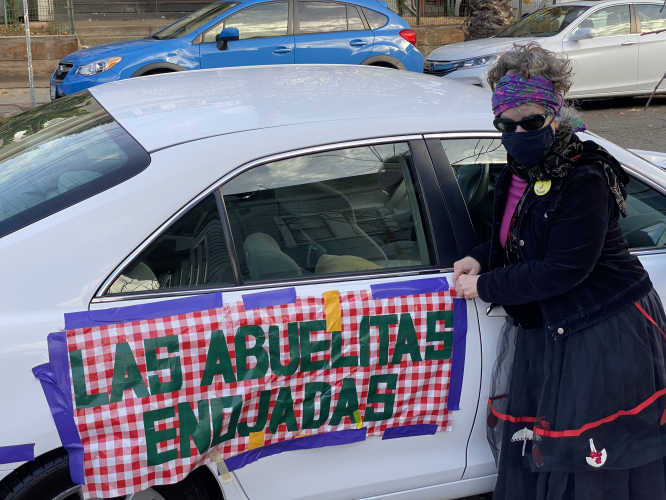 original image (4032x3024)
Raging Grannies participated
https://www.facebook.com/RefuseFascismBayA...
Add Your Comments
Support Independent Media
We are 100% volunteer and depend on your participation to sustain our efforts!