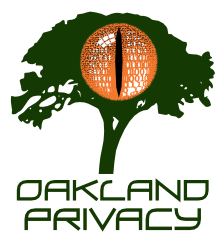 Solano County Superior Court granted a writ of mandate request by Oakland Privacy, the Bay Area's surveillance watch coalition, to enforce 2015 state legislation by then state-senator Jerry Hill. Hill's Senate Bill 741, which was signed by Governor Jerry Brown, required local law enforcement agencies to create usage policies for cell site simulators and to undergo a public approval process for those policies at a regularly scheduled meeting with a public comment period and a vote by the legislative body.

Respondent had a duty to obey Section 53166 by passing a resolution or ordinance specifically approving a particular policy governing the use of the stingray device it purchased. Respondent breached that duty by simply delegating creation of that privacy policy to its police department without an opportunity for public comment on the policy before it was adopted. Because any such policy's personal purpose is to safeguard, within acceptable limitations, the privacy and civil liberties of the members of the public whose cellular communications are intercepted, public comment on any proposed policy before it is adopted also has a constitutional dimension.

We brought this lawsuit to protect the rights of residents to learn about the surveillance equipment used by their local police and to make sure their elected officials provide meaningful oversight over surveillance equipment use, Senator Hill's 2015 legislation had those goals, and citizen's groups like ours are taking the next step to make sure that municipalities comply with state law.

The City of Vallejo approved the purchase of a KeyW CONDOR cell site simulator for $766,018 on March 24, 2020, with the purchase placed on the consent agenda at the first remote meeting after California entered full COVID 19 lock down. The initial item contained only a purchase order and staff report and instructed the Vallejo Police Department to unilaterally create a usage policy. Despite letters from Oakland Privacy and the Electronic Frontier Foundation before and after the meeting stating that the process was not compliant with state law, and public comment at the meeting itself from Oakland Privacy, the City of Vallejo proceeded with the non-compliant process. Oakland Privacy and Vallejo residents Solange Echeverria, a journalist and Dan Rubins, CEO of Legal Robot, filed suit on May 21, 2020, requesting the mandate for a public process per state law.

The City of Vallejo contested the lawsuit, but after a preliminary ruling at the end of September in favor of Oakland Privacy, the City brought the policy back for a public hearing on October 27. On November 17, the policy returned for a second public hearing to incorporate suggested improvements to the policy from Oakland Privacy, the ACLU of Northern California and the Electronic Frontier Foundation. Among the changes requested were explicit prohibitions against the use of the equipment to surveil First Amendment-related activities and the sharing of data with federal immigration authorities, enhanced public quarterly logs, and a requirement to return to the Council with any software or hardware upgrades to the equipment.

On at least five occasions, the exigency clause was invoked and the cell site simulator was used prior to the request for a judicial warrant. More details will be available on the specifics of use after the initial quarterly log is published by the City, which is expected shortly.

Oakland Privacy believes other cities in California may have also put cell site simulators to work without a public policy process and will be contacting those cities to insist upon compliance with state law.


Oakland Privacy is a citizens’ coalition that works regionally to defend the right to privacy and enhance public transparency and oversight regarding the use of surveillance techniques and equipment. It was instrumental in the creation of the first standing municipal citizens’ privacy advisory commission in the City of Oakland, and has engaged in privacy enhancing legislative efforts with several Northern California cities and regional entities. As experts on municipal privacy reform, OP written use policies and impact reports for a variety of surveillance technologies, conducted research and investigations, and developed frameworks for the implementation of equipment with respect for civil rights, privacy protections and community control.

http://oaklandprivacy.org
Add Your Comments
Support Independent Media
We are 100% volunteer and depend on your participation to sustain our efforts!