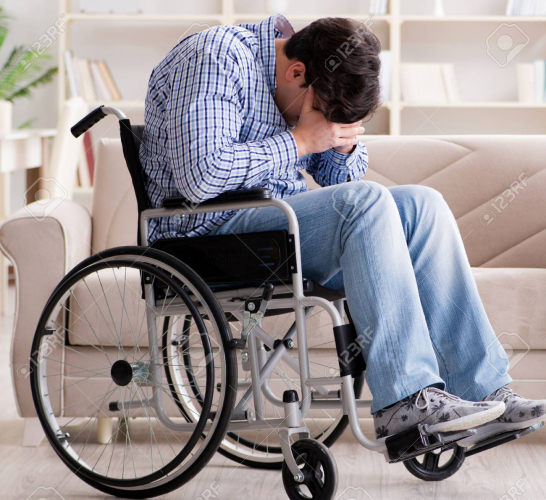 National program for people with disabilities is under attack

During October, 2020, Neil Romano of the National Council on Disability called for the termination of the AbilityOne Program, a program that creates jobs for 45,000 persons with disabilities across the nation.

This may sound good on paper, but others are not too sure that eliminating the AbilityOne Program is the way to go to achieve the goals set out by the NDC recommendation, and Neil Romano.

Who is is Neil Romano, the right-wing republican, appointed chairman of the NDC by the impeached President Donald J. Trump who has repeatedly tried to cut the funding for HUD's subsidized housing assistance programs that would result in the loss of housing for tens of thousands of persons with disabilities, and the blind if the budget cuts were enacted into law???


Neil Romano of Kissimmee, Florida, formerly worked on former First Lady Nancy Reagan’s ”Just Say No” anti-drug campaign, that was contradicted by former President Ronald Reagan’s illegal support of the Contras in Nicaragua during the 1980’s, resulting in their cocaine drug trafficking activities in the U.S. to finance their war with the Sandinistas.

The Attack On Persons With Disabilities

The AbilityOne Program leverages around $4 billion in federal contracts to create jobs for people with disabilities, a vital program that Neil Romano wants to eliminate.

Reportedly, “The AbilityOne program provides the government with a cost-effective way to fulfill many critical services, such as custodial and building maintenance, and it creates tens of thousands of jobs for an underemployed population of Americans. These services keep the government running. Created in 1938, the AbilityOne program leverages almost $4 billion in federal contracts to create jobs for people with significant disabilities. The program benefits the federal government, taxpayers, and people with disabilities, as well as states and counties that reap additional tax revenue and community spending from those workers.”

As an example, Pacific Coast Community Services, Inc. (PCCS), a partner with the AbilityOne Program, provides employment and training services throughout California, while providing employment for people with disabilities. Some of the agencies in California served by people with disabilities include the Department of Housing and Urban Development (HUD), U.S. Department of Agriculture, Homeland Security, and the I.R.S.

According to PCCS, “Beginning in the Fall, 2013 school year, PCCS was the ready-made sandwich and salad provider to the UC Berkeley campus food outlets for 2 years. This project in conjunction with a local business partner, also provided employment opportunities for persons with disabilities. PCCS continued to explore the potential providing employment and training for persons with disabilities by operating a commercial café for two years in Alameda, California.”

Other jobs for people with disabilities are provided at Coast Guard Island, Alameda, through Ability One and Rubicon Landscape customer.

The coronavirus covid-19 pandemic has wreaked havoc on the disability community locally, and across the nation.

Click here for the report about one million jobs lost to people with disabilities due to covid-19.

Reportedly, “Unemployment has risen sharply as a result of the COVID-19 crisis, particularly among people with disabilities. Approximately 1 million U.S. workers with disabilities have lost their jobs since the World Health Organization proclaimed the outbreak a pandemic in March, according to the New Hampshire University Institute on Disability.”

Making matters worse, reportedly because of covid-19, people with intellectual and developmental disabilities are distressed the most because of their dependence on, and loss of others to support them in their daily activities.

Apparently, more jobs for people with disabilities may be placed at risk if Neil Romano, chairman of the National Council on Disability (NCD), has it his way in eliminating the AbilityOne Program.

If interested, click here for an opinion piece that calls for the reform of AbilityOne, not the elimination of the program.

See quote from story below...

Taking away people’s Social Security benefits isn’t going to result in more blind people entering the workforce. It’s going to result in people facing major financial hardships, including homelessness, hunger, and abject poverty. This is confirmed by the Social Security Administration’s own research; in a recent study, 78 percent of people who had recently had their benefits terminated were still not in the workforce three months afterward.

>>>>>>
Goodwill / Calidad Industries in Oakland is part of AbilityOne Program