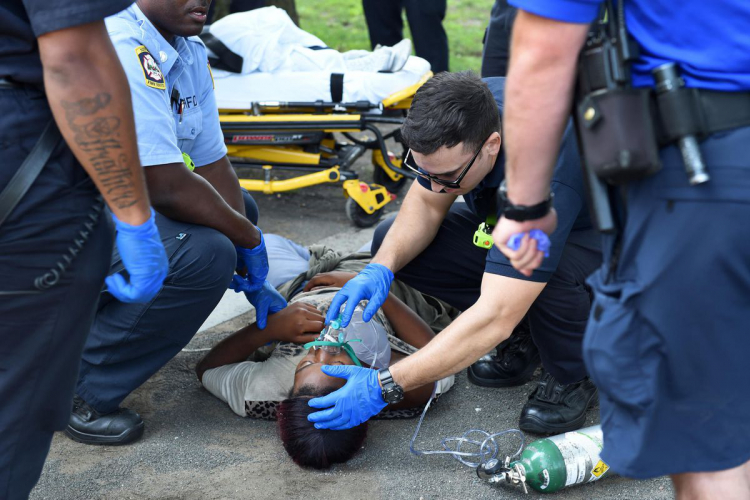 Indeed, the campaign contribution of dirty opioid crisis money by Dr. Richard Sackler to the ‘Biden for President campaign’ occurred barely 8 days before a settlement was announced by the Department of Justice of a global resolution of its criminal and civil investigations into the opioid manufacturer Purdue Pharma LP (Purdue), and a civil resolution of its civil investigation into individual shareholders from the Sackler family.

According to the DOJ, “Under a separate civil settlement, individual members of the Sackler family will pay the United States $225 million arising from the alleged conduct of Dr. Richard Sackler, David Sackler, Mortimer D.A. Sackler, Dr. Kathe Sackler, and Jonathan Sackler (the Named Sacklers).  This settlement resolves allegations that, in 2012, the Named Sacklers knew that the legitimate market for Purdue’s opioids had contracted.  Nevertheless, they requested that Purdue executives recapture lost sales and increase Purdue’s share of the opioid market.  The Named Sacklers then approved a new marketing program beginning in 2013 called “Evolve to Excellence,” through which Purdue sales representatives intensified their marketing of OxyContin to extreme, high-volume prescribers who were already writing “25 times as many OxyContin scripts” as their peers, causing health care providers to prescribe opioids for uses that were unsafe, ineffective, and medically unnecessary, and that often led to abuse and diversion.”

Reportedly, from 1999 to 2017, over 399,000 people died from drug overdoses involving prescription and illicit opioids, in addition to more than 67,000 Americans who died from the same type of drug overdoses in 2018. Deaths in homeless encampments for the unhoused in the Bay Area are reportedly surging recently as a result of the opioid crisis.

According to the SF Chronicle, fifty-eight people died of opioid-related drug deaths in San Francisco last month during the month of October.

Emails reveal that Dr. Richard Sackler wanted to promote OxyContin as a non-cancer pain killer, and additional emails reveal that Dr. Richard Sackler of Purdue Pharma, wanted Purdue Pharma to be feared as a tiger with claws, teeth, and balls, as the company built excitement with prescribers that OxyContin tablets is the way to go.

The success of the promotion of OxyContin as a non-cancer pain killer has resulted in the opioid overdose deaths of hundreds of thousands of Americans, as the wealthy Sackler Family have so-far managed to avoid doing any jail time. Meanwhile, petty drug dealers clog the prisons across the nation, as many of them are dying off because of the coronavirus covid-19 pandemic.


Reportedly, according to the Intercept, “In the spring, PAIN launched its OxyJustice initiative to help victims and survivors file proof-of-claim documents with the bankruptcy court. This summer, the judge overseeing the case extended the deadline to file claims against Purdue from June 30 to July 30 — a minimal recognition of the disruptions caused by the coronavirus pandemic. As of late July, 61,000 personal injury claims have been filed — a drop in the ocean of the number of people harmed by Purdue’s decades of turpitude. In addition to individuals, creditors in the settlement include states, hundreds of counties, and cities, U.S. territories and other corporations.

A proposed settlement will not go far — the most recent operating report filed in the bankruptcy shows that Purdue has $1 billion. The Sackler family has offered to payout $3 billion in cash over seven years, a mere fraction of the amount they have made from the sale of OxyContin.

Other perverse details dot the proposed settlement. What remains of Purdue would be restructured into a trust and given to the plaintiffs. This “trust” would continue selling OxyContin to pay out claims, while reportedly committing to nonprofit research and development of anti-addiction, anti-overdose drugs. Ad Hoc Committee members are, unsurprisingly, demanding that Purdue be shut down. “I am outraged at the proposal that future sales of OxyContin fund part of the Purdue Pharma bankruptcy settlement,” Van Rooyen said in her injunctive relief claim. “This is the drug that ignited the opioid crisis.”

Meanwhile, reportedly, “San Francisco’s opioid crisis has exploded this year. According to the SF Chronicle, “The increase has been largely driven by fentanyl — a powerful opioid that can be 50 to 100 times more potent than morphine. The pandemic has also exacerbated the crisis by disrupting services and isolating drug users, who often rely on others to help save them if they overdose.”

Saw your story mentioning the Sackler family. Wanted to ask that you please remove the erroneous claim that OxyContin "resulted in the opioid overdose deaths of hundreds of thousands of Americans." Almost 450,000 people died between 1999-2018 from overdoses involving any opioid, including prescription and illicit opioids (https://www.cdc.gov/drugoverdose/epidemic/index.html).

This has been corrected in many news outlets including The New York Times:

• (Corrected July 23, 2020), New York Times, Opinion | The Sacklers Could Get Away With It: https://www.nytimes.com/2020/07/22/opinion/sacklers-opioid-epidemic.html?action=click&module=Opinion&pgtype=Homepage

◦ Corrected Language: So far, the bankruptcy court has granted injunctions stopping proceedings in several hundred lawsuits charging that Sackler family members directed the aggressive marketing campaign for OxyContin; it and other opioids have been implicated in the addictions of millions of patients and the deaths of several hundred thousand.

◦ Original Language: So far, the bankruptcy court has granted injunctions stopping proceedings in several hundred lawsuits charging that Sackler family members directed the aggressive marketing campaign that led to millions of addicted patients and the deaths of several hundred thousand.

Some of the world's biggest PR firms are fighting a rearguard action to protect the reputation of the Sackler family, which is at risk of being irreparably damaged by the opioid crisis and scandal in the US.

Agency support
Davidson Goldin, founder of Goldin Solutions, is representing the Raymond Sackler branch of the family, while Sard Verbinnen is acting for the Mortimer Sackler side. Teneo is working for Purdue Pharma, and Edelman is handling PR for the Sackler Trust and Dr Mortimer and Theresa Sackler Foundation in the UK.

The agencies are facing a major challenge because the family’s philanthropic efforts are also the subject of controversy, as critics claim that the Sacklers' gifts have amounted to 'reputation laundering'.