Add an Event
Newswire
Calendar
Features
Home
Donate
From the Open-Publishing Calendar
From the Open-Publishing Newswire
Indybay Feature
Related Categories: Central Valley | Environment & Forest Defense | Government & Elections | Health, Housing & Public Services
Department of Finance audit reveals repeated oil and gas regulation violations
by Dan Bacher
Thursday Nov 26th, 2020 7:13 PM
“If you thought that dining with an oil lobbyist at French Laundry showed Newsom’s true colors, this audit proves you right,” said Kretzmann. “Even as his own agency is calling for illegal oil and gas wells to be shut down, Newsom and his regulators continue to turn a blind eye and hand out more dangerous permits.” 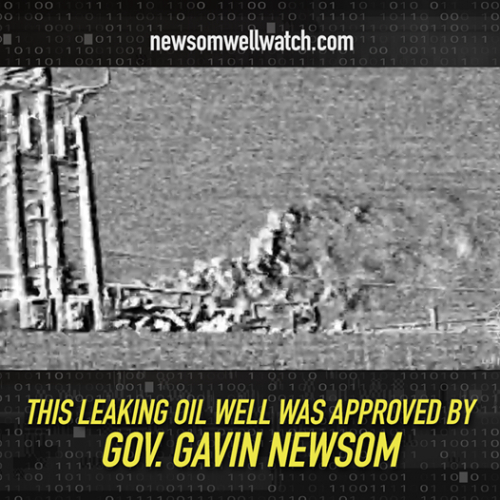 “It’s shocking to see the rampant rubberstamping of dangerous oil projects without even the basic review requirements,” said Hollin Kretzmann, an attorney with the Center for Biological Diversity’s Climate Law Institute, in a press release. “It’s absolutely reckless for Gov. Newsom to continue approving new projects when so many haven’t been properly reviewed.”

“A detailed Corrective Action Plan (CAP), addressing the findings and recommendations, is due within 60 days from receipt of this letter,” McMormick told CalGEM. “The CAP should include milestones and implementation dates. The CAP should be sent to: OSAEReports [at] dof.ca.gov. After the initial CAP is submitted, DOC should update it every six months thereafter, until all planned actions have been implemented.”

Among the “most disturbing practices” detailed in the audit is CalGEM’s use of “dummy files,” noted Kretzmann. CalGEM approved 201 wells from April to October 2019, claiming the wells were part of a pre-approved injection project. However, there was no underlying project approval or evidence of review for any of these wells.

“These included 140 cyclic steam injection wells, the type linked to several large-scale oil spills in 2019 and one oil worker’s death in 2011. The Department of Finance recommended that CalGEM cease injection activity for these illegal wells pending further review,” said Kretzmann.

The audit found additional problems in its review of 213 fracking permits issued last year. CalGEM identified multiple cases where the proposed fracking would take place close to “high risk” wells that could serve as a pathway for contamination, Kretzman stated.

“But CalGEM approved the permits anyway, failing to explain its reasoning and failing to keep records of how and why the agency determined the wells to be high risk,” said Kretzmann.

Kretzmann said the audit’s scope did not include CalGEM’s lack of compliance with the California Environmental Quality Act (CEQA). The state regulator has issued more than 1,800 permits in 2020 to drill and frack without conducting a legally required environmental review.

The majority of the fracking permits went to Aera Energy, a company jointly held by Shell and Exxon Mobil. Over the past couple of weeks, Newsom has faced intense media scrutiny for ignoring COVID-19 guidelines while attending a luxury birthday dinner at the French Laundry in Napa for his close friend Jason Kinney, a lobbyist whose firm represents Aera Energy and other corporations.

“If you thought that dining with an oil lobbyist at French Laundry showed Newsom’s true colors, this audit proves you right,” said Kretzmann. “Even as his own agency is calling for illegal oil and gas wells to be shut down, Newsom and his regulators continue to turn a blind eye and hand out more dangerous permits.”

Since January 2019, Governor Newsom’s regulators have approved a total of 7,625 total oil and gas drilling permits, according to updated data from Consumer Watchdog and the Fractracker Alliance at the website: http://www.NewsomWellWatch.com.

”New data provided by the state shows that despite the thousands of new permits issued by the Newsom Administration only 60 new wells were actually drilled in the first three quarters of 2020 – a 74% decrease over the same period in 2019 when 228 new wells were drilled,” the groups reported.

For the first time, the groups also linked the map to video footage capturing leaking infrastructure at half a dozen well sites near communities that received permits under the Newsom Administration. Frontline communities in Kern County, Los Angeles County and elsewhere are now fighting for a health and safety setback of at least 2,500 feet between homes, schools, daycares and hospitals and oil drilling operations.

California is one of two oil and gas producing states — the other is Alaska — that has no mandated state setback. Even Texas and North Dakota have minimal health and safety setbacks. Colorado recently increased its setback from 500 to 2,000 feet.

Neither Governor and the Legislature have implemented health and safety setbacks around oil and gas wells, due to the millions of dollars the Western States Petroleum Association, oil companies and gas corporations have spent on lobbying the Governor’s Office, the Legislature and regulatory agencies every year.

As I reported in August, California Senate Democrats who voted with Republicans against AB 345, a weakened setbacks bill that would require CalGEM to adopt regulations by July 1, 2022 to “protect public health and safety near oil and gas extraction facilities,” received $142,206 in donations from oil and gas corporations.

Those regulations would include “safety requirements and the establishment of a minimum setback distance between oil and gas activities and sensitive receptors, as provided, based on health, scientific, and other data.” They would also “consider a setback distance of 2,500 feet from schools, playgrounds, and public facilities where children are present.”

But at this time, California doesn’t have even the minimal health and safety setbacks that Texas and North Dakota have around oil and gas wells and fracking operations.
Add Your Comments
LATEST COMMENTS ABOUT THIS ARTICLE
Listed below are the latest comments about this post.
These comments are submitted anonymously by website visitors.