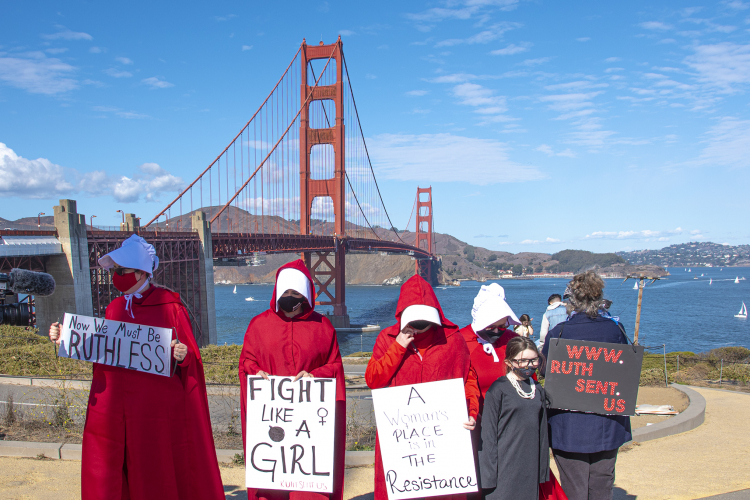 On November 7 protesters rallied and marched to continue the work of the resistance and the Black Lives Matter movement. They carried yellow umbrellas with the names of some of those killed by police on them. Others wore red cloak costumes from The Handmaid's Tale to symbolize their fight against policies and politicians seeking to restrict reproductive rights.

The novel The Handmaid's Tale portrays a dystopian world where women's rights are all but removed. Some are assigned the role of handmaid; chosen are fertile women forced to bear the children of their oppressors, women who have committed religious and gender crimes, including the "crime" of being lesbian.
§red cloak costume captured behind a peace symbol
by Protests Contintue
Thursday Nov 12th, 2020 6:41 AM 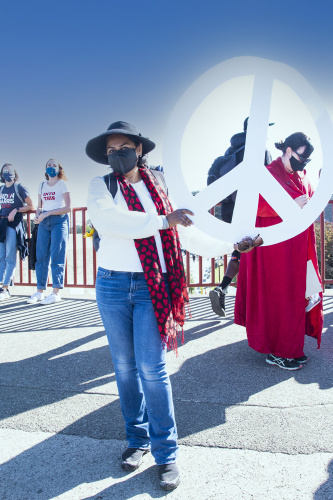 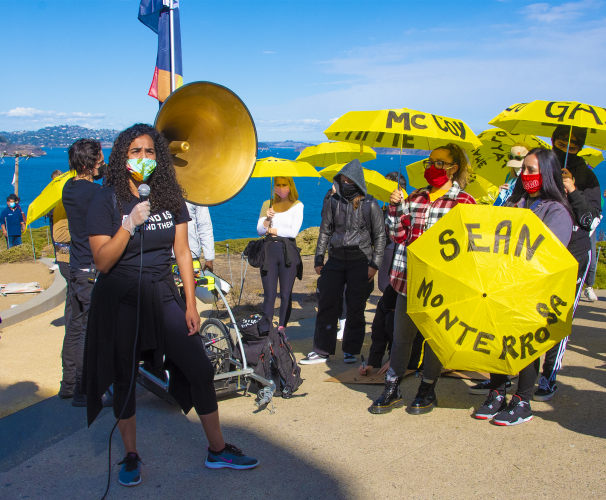 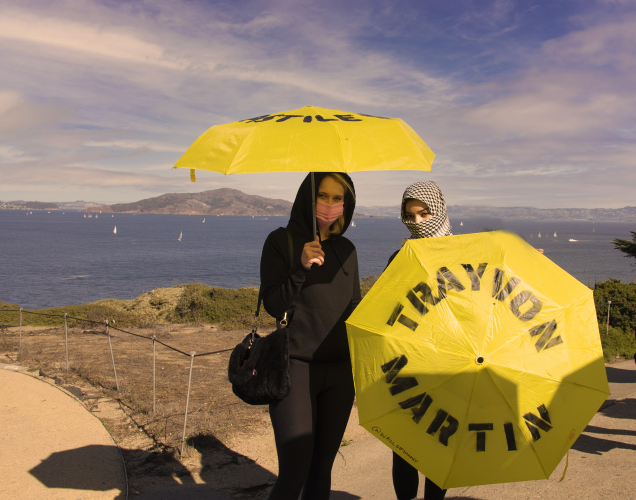 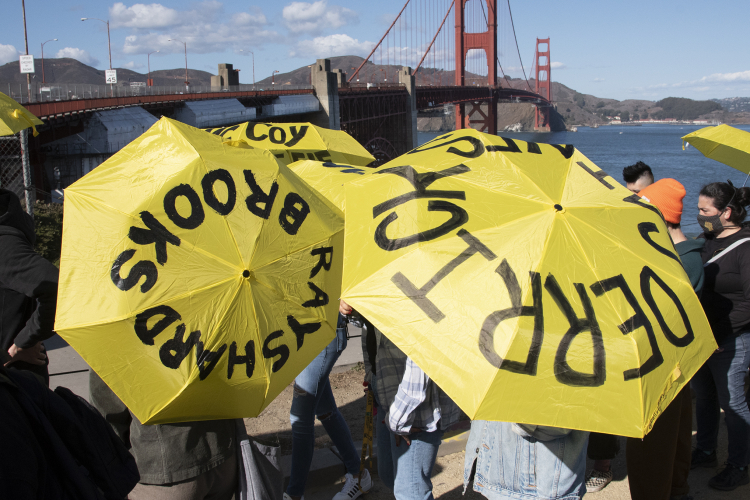 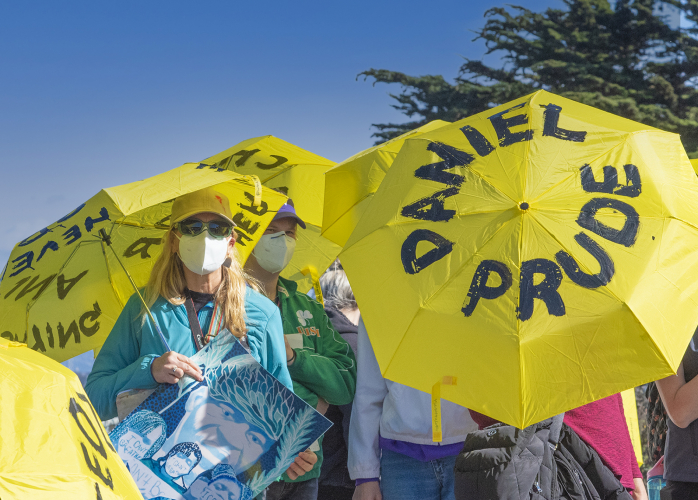 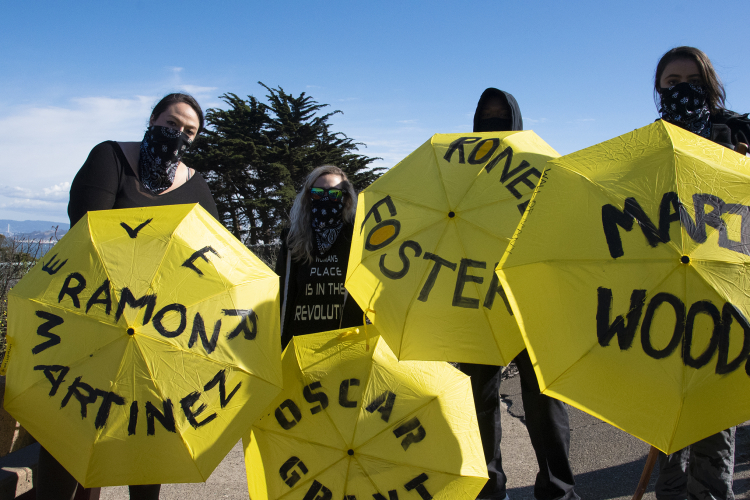 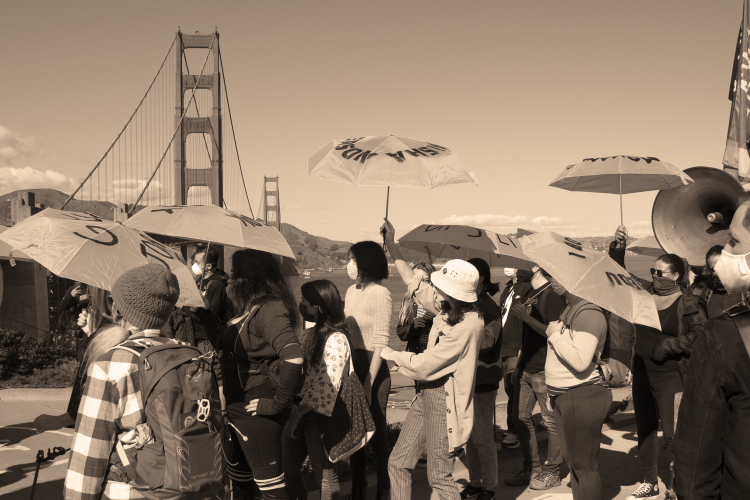 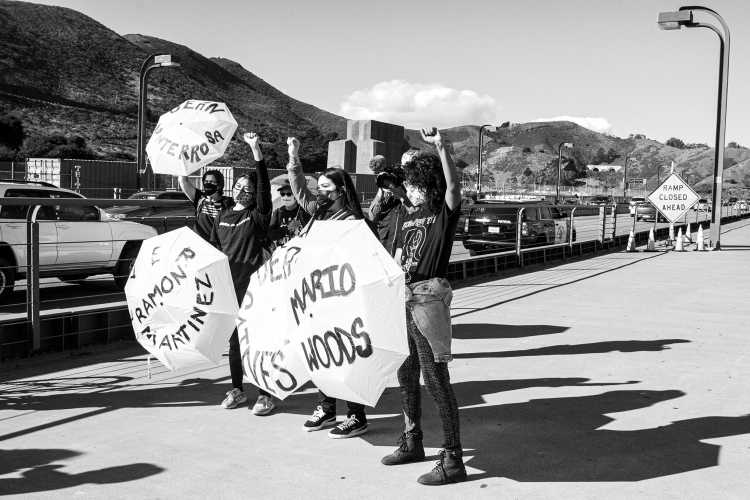 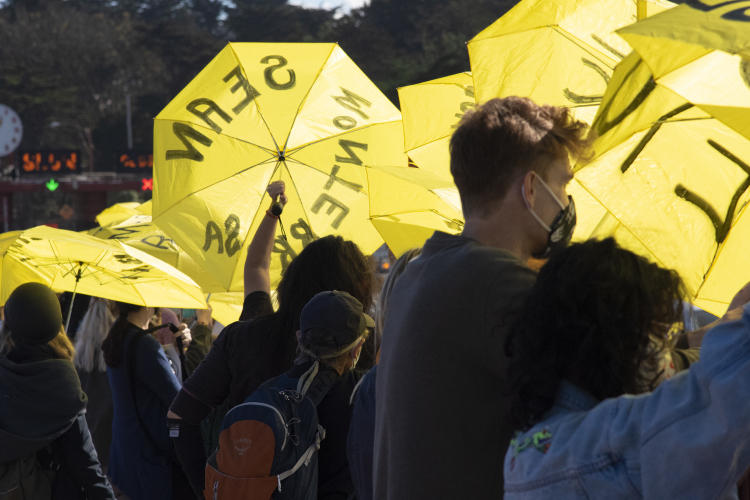 original image (2036x1357)
once on the bridge pausing to face traffic and display the message
§on the bridge
by Protests Contintue
Thursday Nov 12th, 2020 6:41 AM 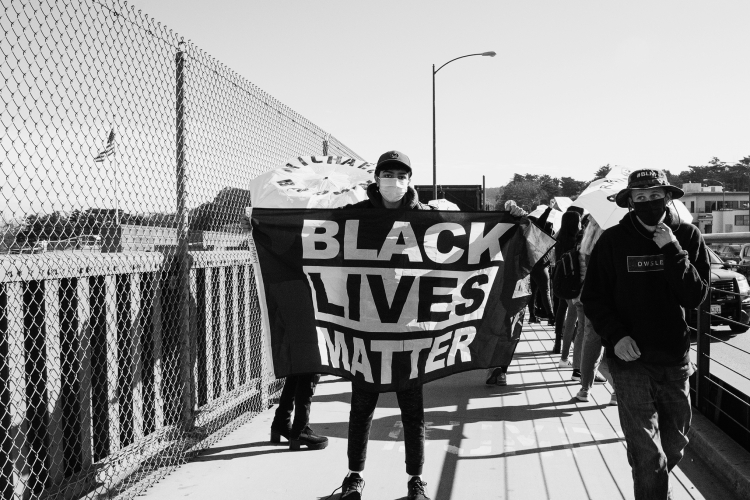 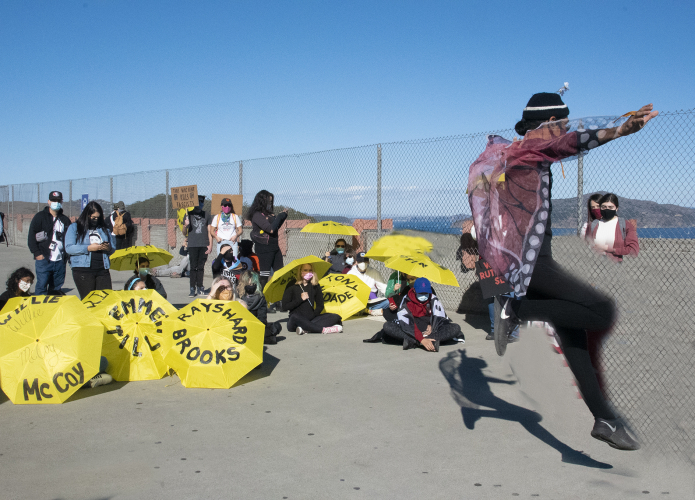 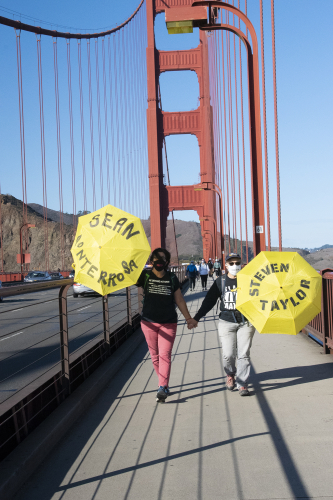 original image (1357x2036)
the march broke up into small groups along the return, some walking more quickly, others exhausted from the long walk, still others enjoying the view, the sun, and the company
§Ruth (Ginsburg) Sent Us
by Protests Contintue
Thursday Nov 12th, 2020 6:41 AM 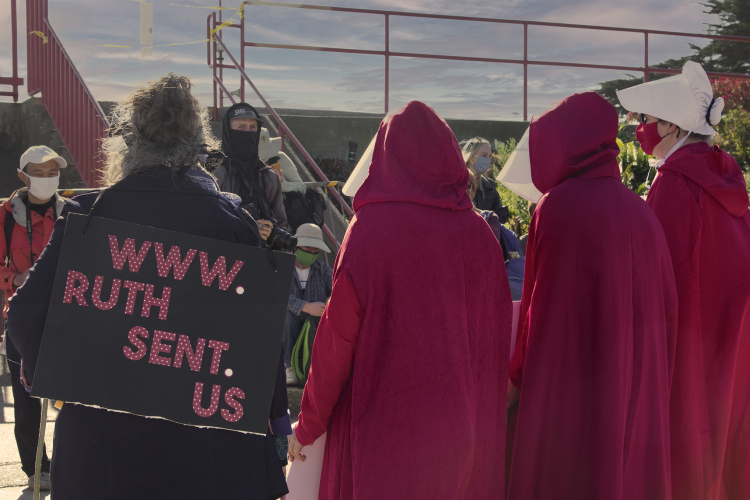 original image (2036x1357)
http://www.ruthsent.us
Add Your Comments
Support Independent Media
We are 100% volunteer and depend on your participation to sustain our efforts!