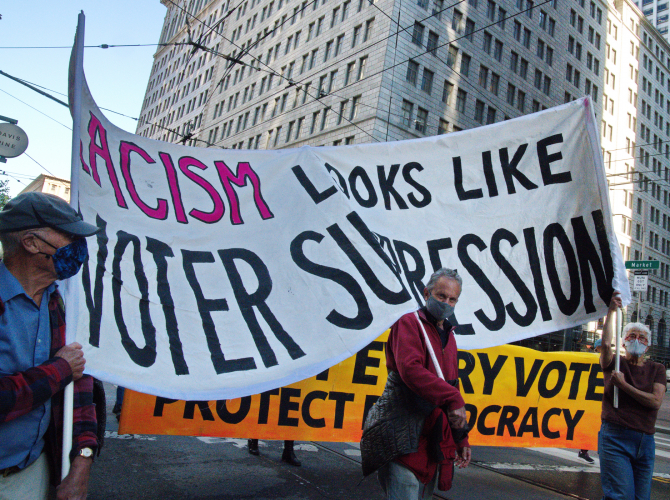 As news of networks' calling Biden's victory went out, rallies and marches demanding a complete count of the votes still went forward. In San Francisco's Justin Herman Plaza, over 2000 people rallied with speeches and music. They followed up with a march to Union Square.

Many groups participated. Strange for a supposedly modern democracy, activists demanded a complete tally of the votes. Trump's defeat was gratefully celebrated. There were BLM protesters and Refuse Fascism was there in force. Large, bright red flags and banners announced several Socialist groups.

Well organized labor contingents provided a large sound truck and led the march to Macy's front door on Union Square where a powerful demonstration was held. 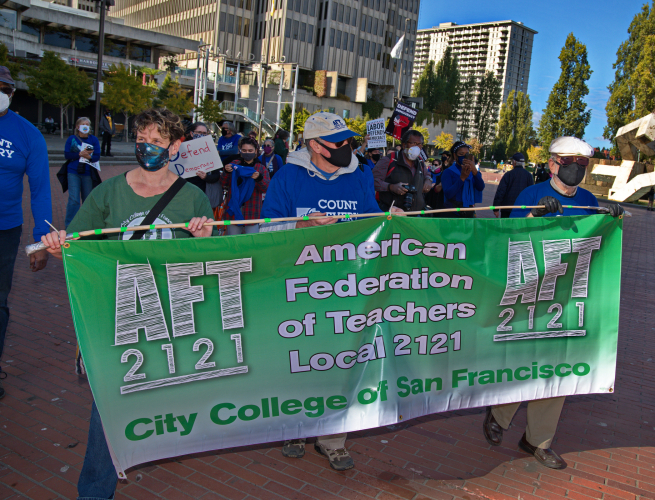 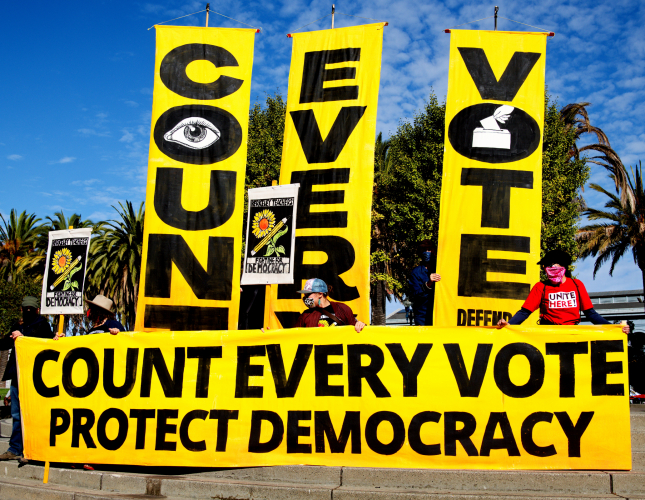 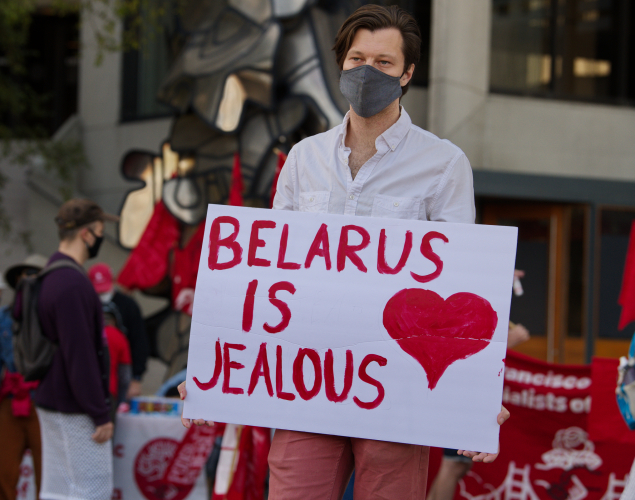 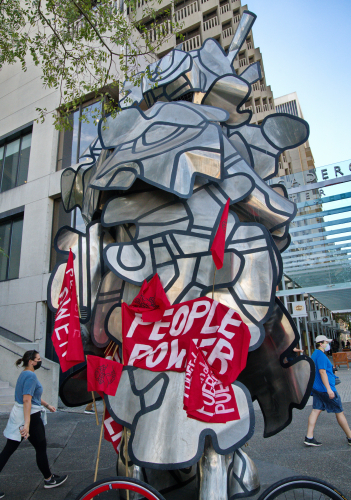 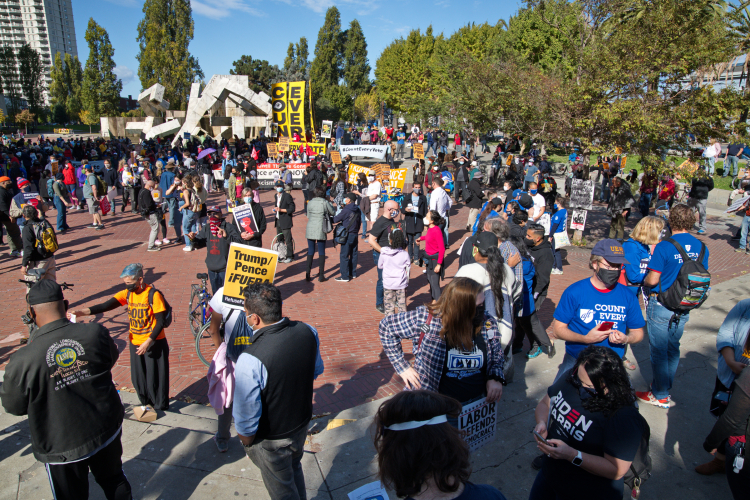 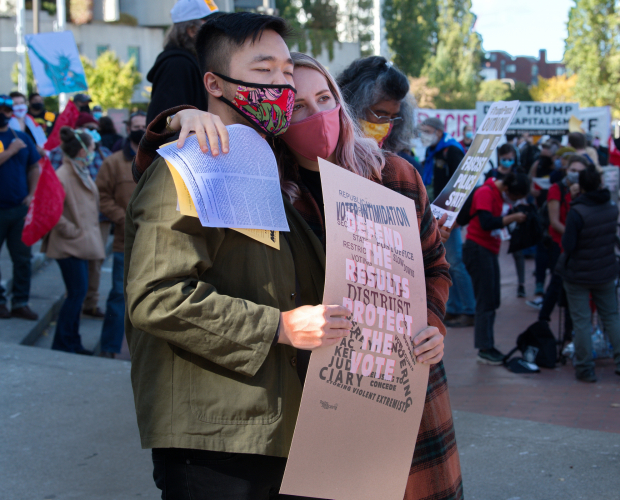 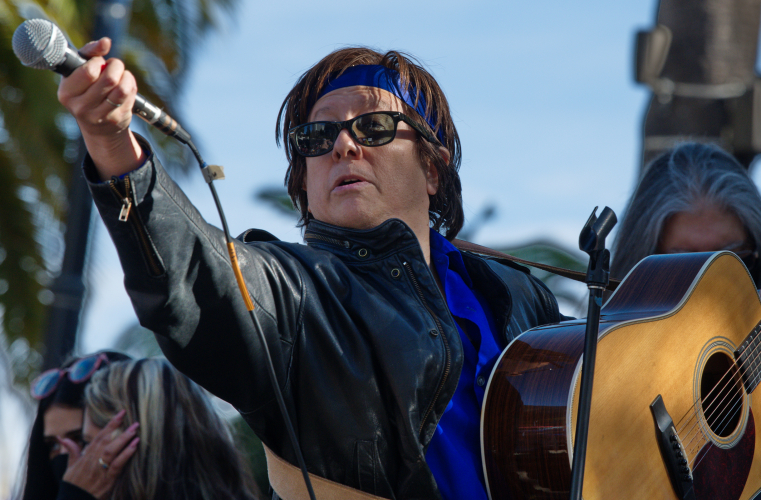 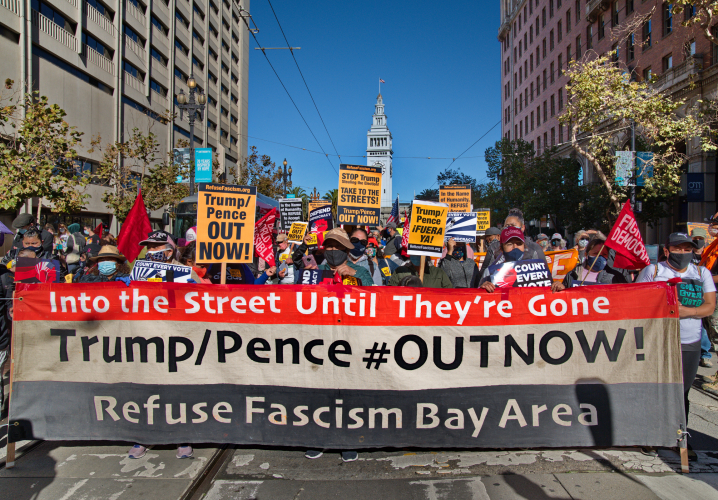 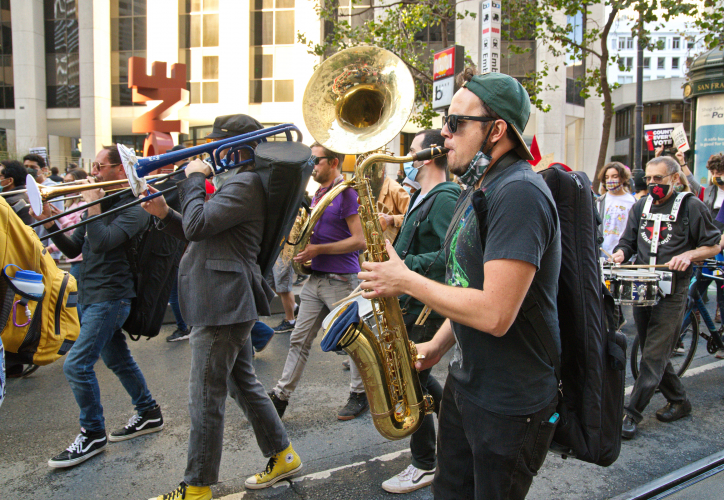 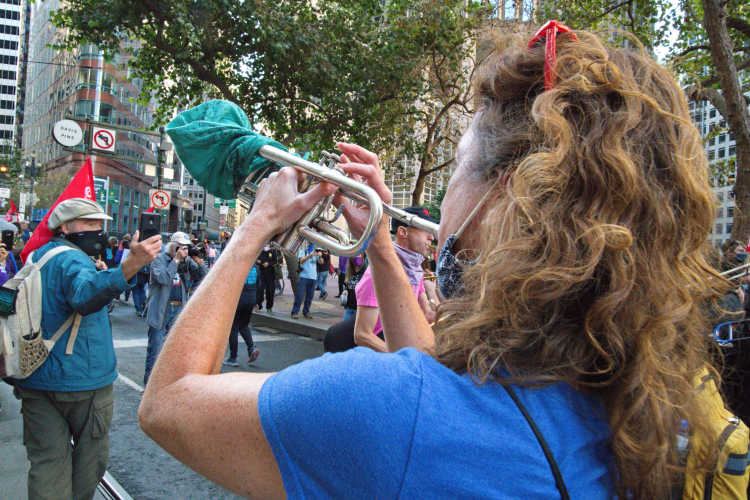 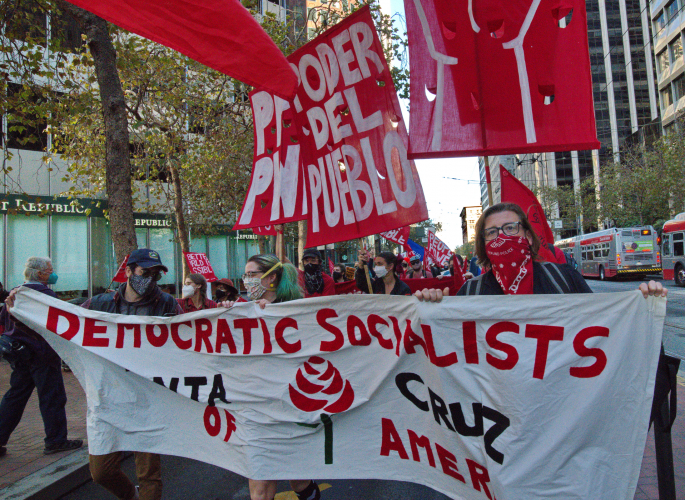 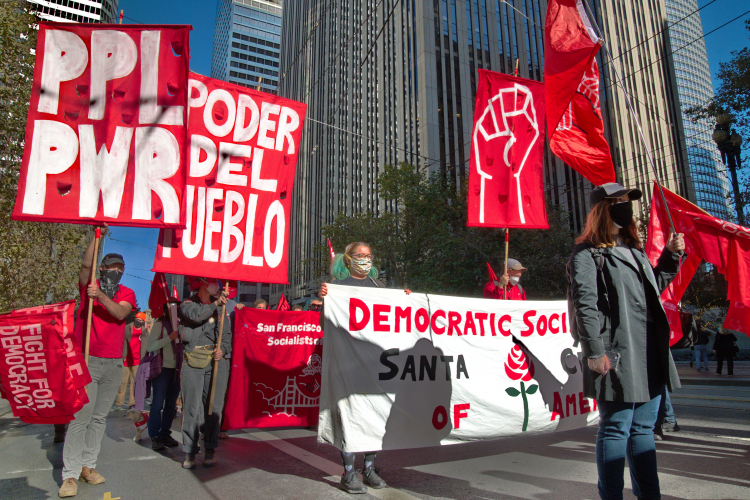 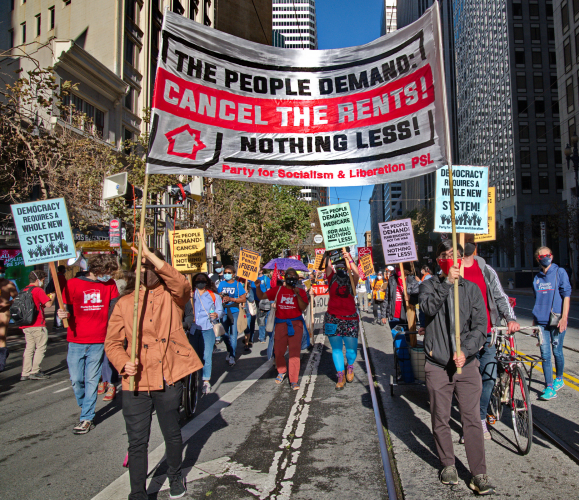 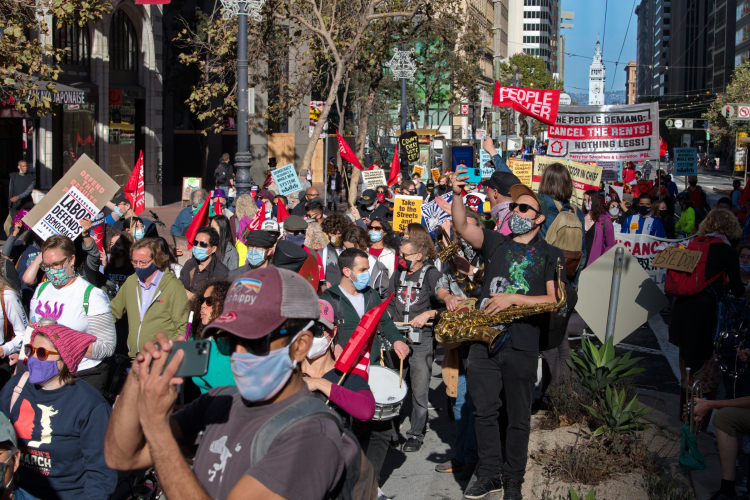 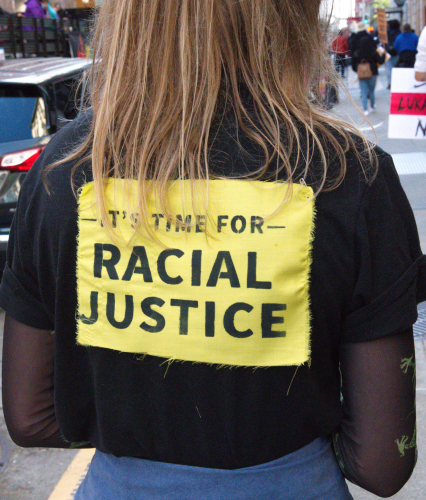 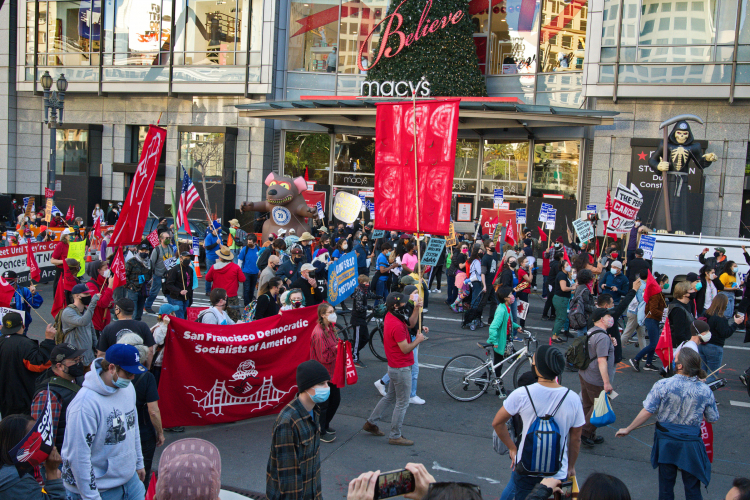 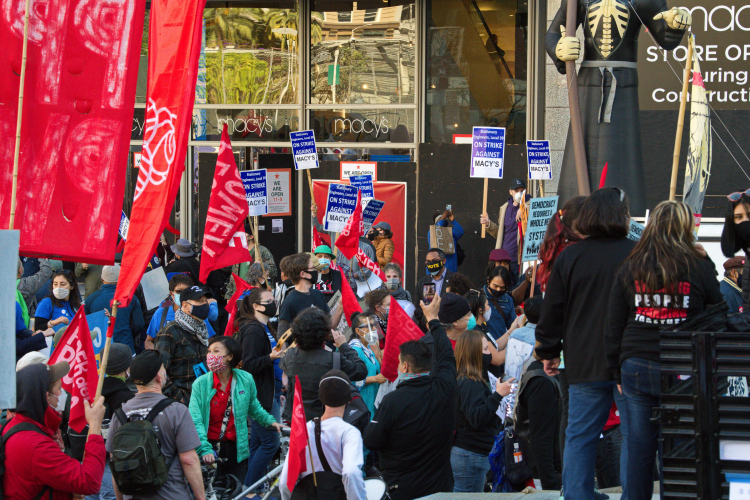 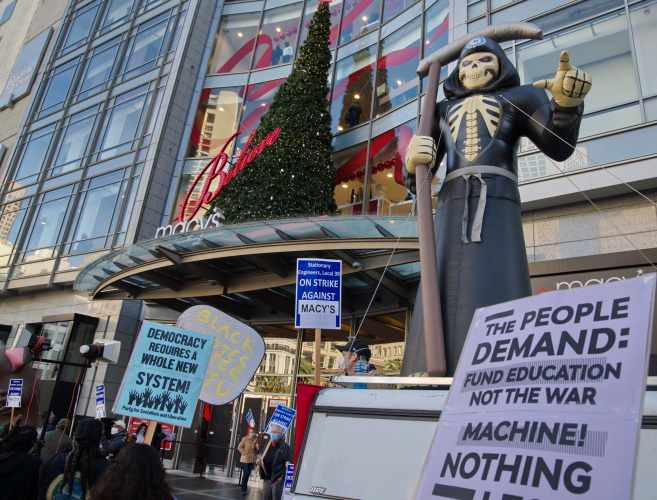 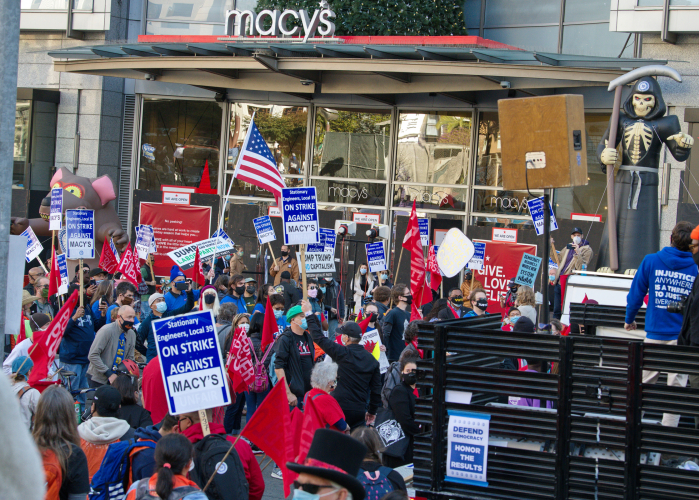 original image (2237x1600)
Add Your Comments
LATEST COMMENTS ABOUT THIS ARTICLE
Listed below are the latest comments about this post.
These comments are submitted anonymously by website visitors.