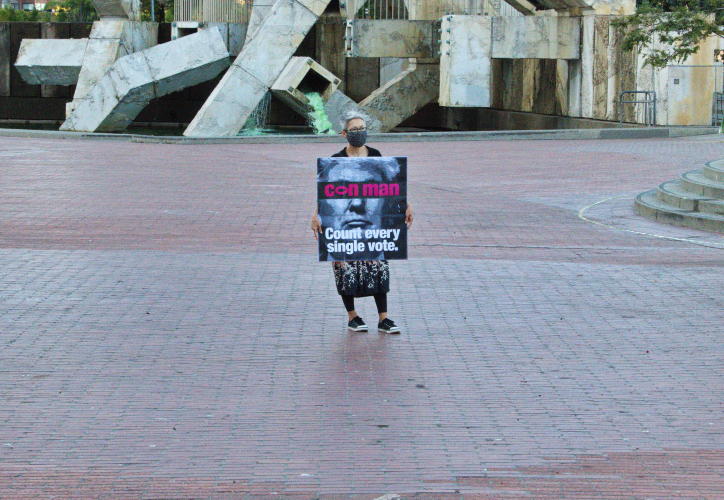 Nov. 4, with the voting's outcome still uncertain and Trump attacking the election in states where he is behind, the Bay Area is mobilizing to protect the results. San Francisco's defense began today with Indivisible organizing a rally at Justin Herman Plaza.at the Embarcadero.

Expecting disorder, the police was out in force and the local Bank of America branch was boarded up, but the rally, with music and speeches was nothing but mellow.

For the first time in over one hundred twenty years, the US has a rogue government, contemptuous of the Constitution, that will not accept electoral defeat. However, with many actions planned for the coming weeks, San Franciscans and people throughout the whole Bay Area intend that it will. 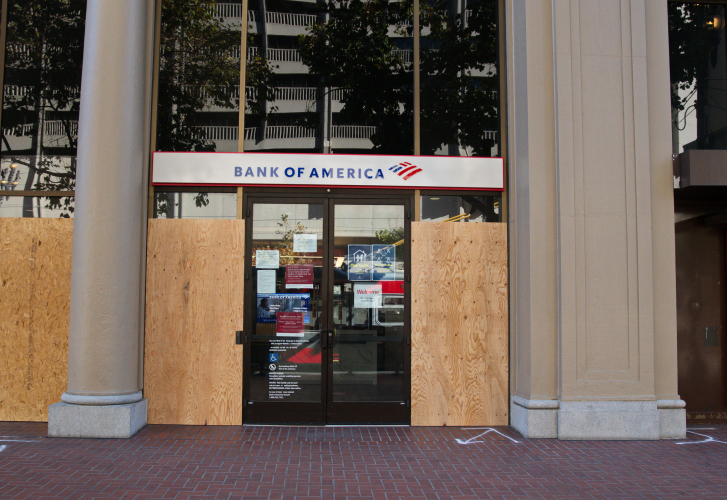 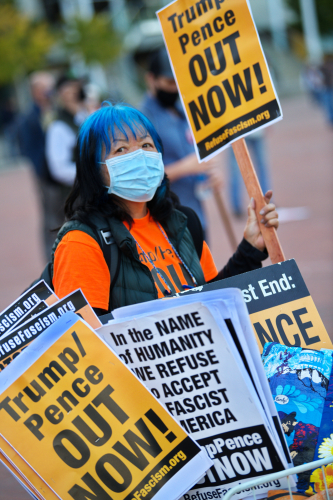 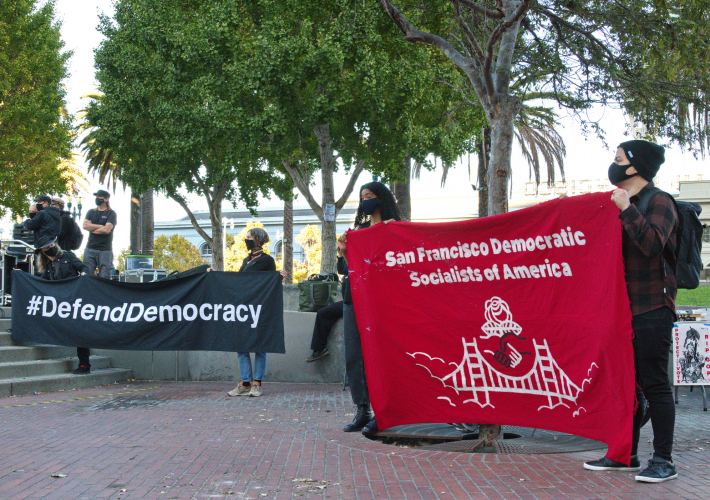 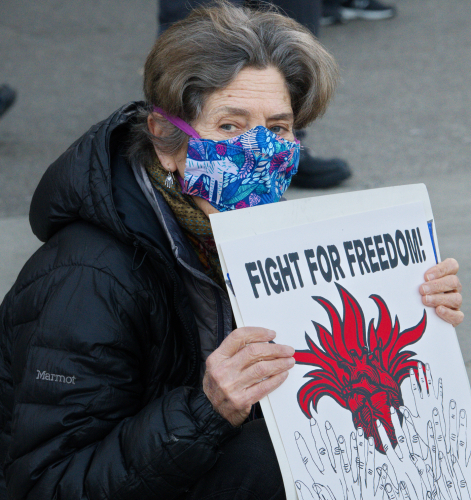 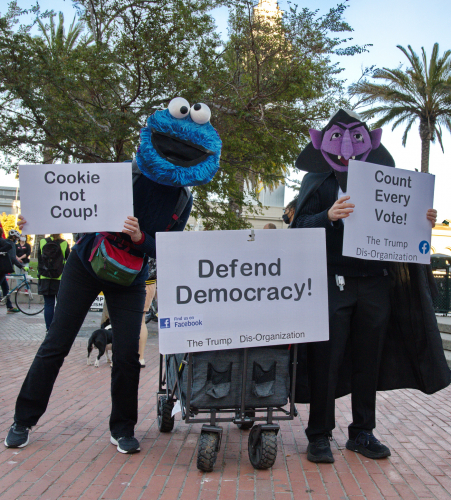 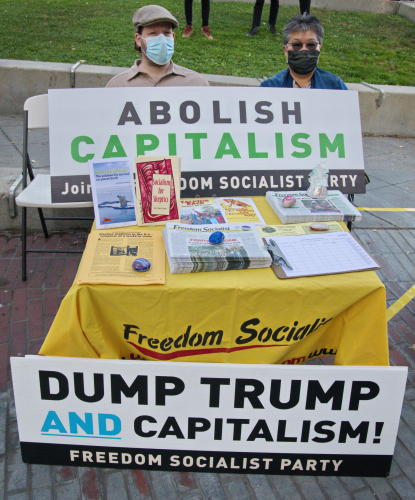 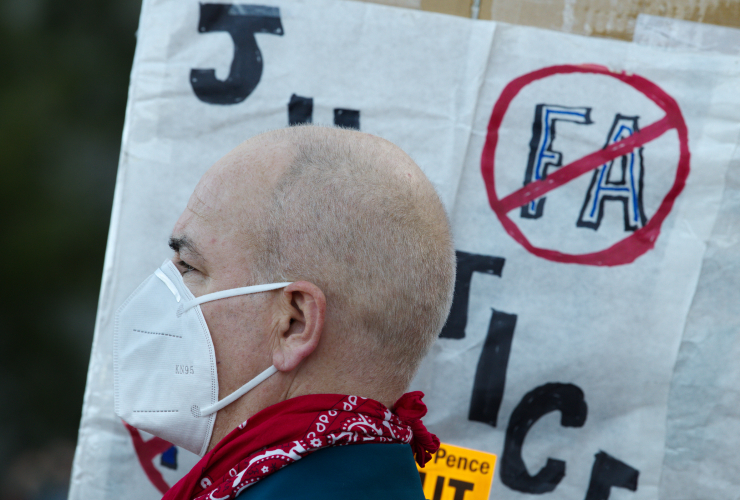 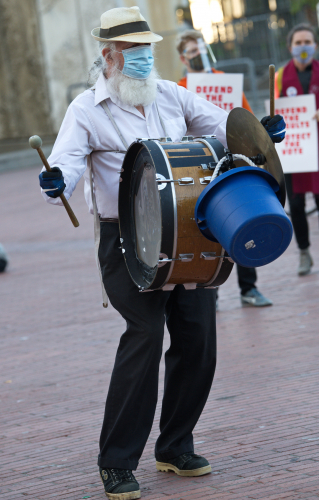 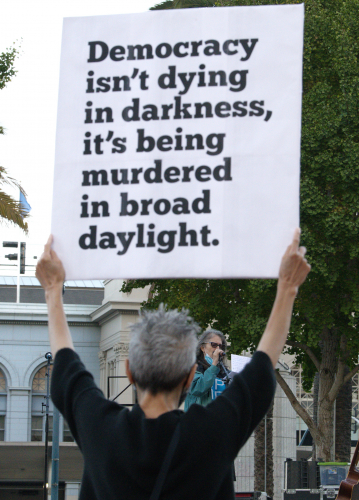 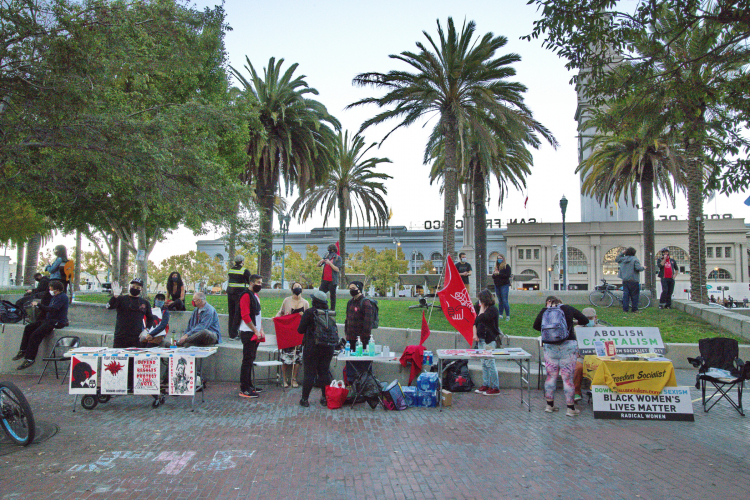 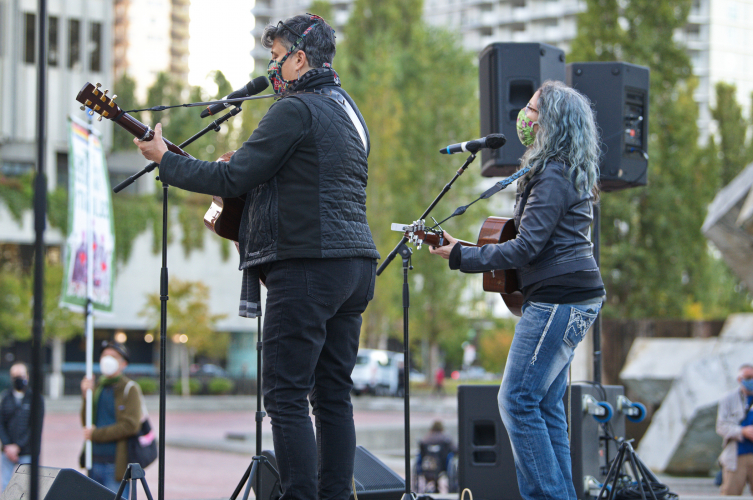 original image (1889x1400)
Add Your Comments
Support Independent Media
We are 100% volunteer and depend on your participation to sustain our efforts!