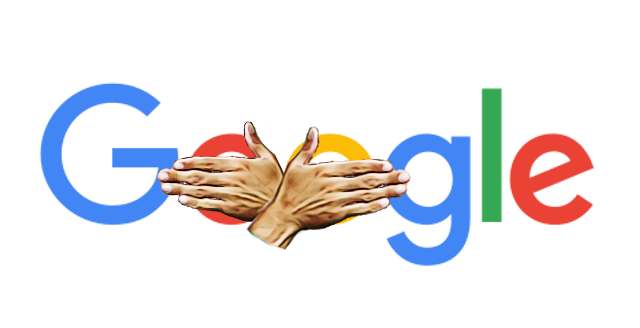 by Kevin Reed at the World Socialist Web Site

In a statement before a Senate hearing on October 28, Sundar Pichai, the CEO of Google’s parent company Alphabet, admitted that the dominant online search company has censored the World Socialist Web Site.

At the Senate Commerce Committee hearing, when asked by Republican Senator Mike Lee of Utah to provide the name of one left-wing “high profile person or entity” that has been censored by Google, Pichai named the WSWS.

The hearing—which included testimony from three top tech CEOs Pichai (Google), Mark Zuckerberg (Facebook) and Jack Dorsey (Twitter)—had been called by the Republican-controlled committee for the purpose of promoting their completely false claim that only right-wing and conservative publishers have been censored by internet and social media corporations in the lead-up to the 2020 elections.

During his allotted time for questioning, Senator Lee asked the three executives, “I think the trend is clear that you almost always censor—meaning block content, fact check or label content or demonetize websites—of conservative, Republican or pro-life individuals or groups or companies. … Can you name for me one high profile person or entity from a liberal ideology who you have censored and what particular action you took?”

While both Dorsey and Zuckerberg refused to give names—claiming they would provide a list at a later date—when Lee got to Pichai, the Google executive responded, “we have moderation policies which we apply equally. … We have had compliance issues with the World Socialist Review [sic] which is a left-leaning publication.”

Although he did not explain what he meant by “compliance issues,” Pichai’s response to Senator Lee is absolutely clear. He was saying that Google does in fact take censorship action against left-wing and socialist publishers and an example is the censorship of the World Socialist Web Site.

The extraordinary admission by Pichai that Google has been suppressing content from the WSWS is a vindication of the campaign launched by the International Committee of the Fourth International against online censorship going back to the spring 2017.

In April 2017, following the implementation by Google of a new search algorithm, the WSWS reported that access to its content and that of other left-wing, anti-war and progressive websites was being heavily censored. In an article published on August 2, the WSWS published data that showed traffic to 13 websites had been reduced by Google between 19 percent and 67 percent. The data showed that “the World Socialist Web Site has been the most heavily affected. Its traffic from Google searches has fallen by two thirds.”

The WSWS characterized the modification of Google’s search algorithm as “a corporate-state conspiracy to drastically curtail democratic rights” and then called for a “broad-based collaboration among socialist, left and progressive websites to alert the public and the widest sections of the working class.”

The analysis was then followed on August 25, 2017 by an open letter from David North, Chairperson of the WSWS International Editorial Board to the executive leadership of Google and Alphabet demanding a halt to internet censorship. The letter called on Google to “stop blacklisting the WSWS and renounce the censorship of all the left-wing, socialist, anti-war and progressive websites that have been affected adversely by your new discriminatory search policies.”

The open letter further stated that the censorship of the WSWS “reflects the fear that a genuine socialist perspective, if allowed a fair hearing, will find a mass audience in the US and internationally. There is widespread popular opposition to your efforts to suppress freedom of speech and thought.” As part of this campaign, the WSWS circulated an online petition that obtained the support of thousands of signatures from readers in 70 countries and on five continents.

Although Google never officially responded to the open letter, the New York Times published an article on September 26, 2017 by Daisuke Wakabayashi that featured an interview with David North and discussed the campaign by the WSWS. Then, in a follow-up article, the Times attempted to discredit the claims of the WSWS that Google was engaged in censorship.

In November 2019, the Wall Street Journal substantiated the position of the WSWS that Google was manipulating its search algorithm to suppress content from being surfaced by its search engine. The Journal wrote, “Despite publicly denying doing so, Google keeps blacklists to remove certain sites or prevent others from surfacing in certain types of results.”

On January 20, 2020, the WSWS published an article entitled “Google suppressing World Socialist Web Site content in its search results for the New York Times’ 1619 Project.” This article showed—through independent data analysis—that the authoritative and widely read material published by the WSWS on the historical falsification called “The 1619 Project” was being suppressed in Google search results.

The recent statement by Pichai is the second time he has misnamed the World Socialist Web Site in congressional testimony. In a hearing of the House Committee on the Judiciary on July 29 entitled “Examining the Dominance of Amazon, Apple, Facebook, and Google,” Pichai responded in a similar manner to a question from Republican Congressman Greg Steube.

When Steube claimed that Google’s algorithms were exclusively censoring conservative political views online, Pichai said, “We do get complaints across the aisle. For example, the World Socialist Review [sic] complained in January of this year that their site wasn’t found in Google search results. So, we get complaints, we look into it, but we approach our work in a nonpartisan way, and it is in our long-term incentive to serve users across the country.”

Although he did not explain it, the statement by Pichai before the House committee was clearly regarding the WSWS assertion in January that content about “The 1619 Project” was being suppressed.

This public admission was followed by a second open letter on July 31 from WSWS Editorial Board Chairperson David North to CEO Pichai. The open letter stated: “The fact that you referred specifically to the WSWS complaint in your congressional testimony speaks to the seriousness with which the matter was taken. You, the CEO of Google’s parent Alphabet, were notified of the complaint. Six months after the article was published, it remained fixed in your memory.”

David North then asked, “why was the World Socialist Web Site never informed that its claim of suppression was being discussed within Alphabet/Google management, or that an investigation was being conducted into our complaint?” Neither CEO Pichai nor anyone else from the management of Google ever responded to this question or the open letter.

It is highly significant that—after more than three years of stonewalling and refusing to answer any questions or respond to a single demand—CEO Pichai has admitted that the technology firm controlling nearly 90 percent of worldwide search traffic has been suppressing WSWS content all along.

Why is the WSWS being censored by Google? Because the WSWS is the only online source of genuine Marxism and socialist internationalism that stands for the political independence of the working class and fights to put an end to the capitalist system on a world scale. As the struggles of the working class intensify amid the crisis sparked by the global pandemic, the recently relaunched WSWS is increasingly becoming the center of socialist political, theoretical and cultural education for masses of workers and young people throughout the globe.

Given the collaboration of Alphabet and Google with the US intelligence state, the statement by Pichai must be understood as a message to the American political establishment—which did not question him further on the matter—that the censorship of the WSWS will be continued and intensified in the coming period.

Along with the fight for the freedom of WikiLeaks editor Julian Assange, the demand for an end to online censorship and defense of freedom of speech on the Internet are fundamental democratic rights that must be taken up by the international working class.

https://www.wsws.org/en/articles/2020/11/0...
Add Your Comments
Support Independent Media
We are 100% volunteer and depend on your participation to sustain our efforts!