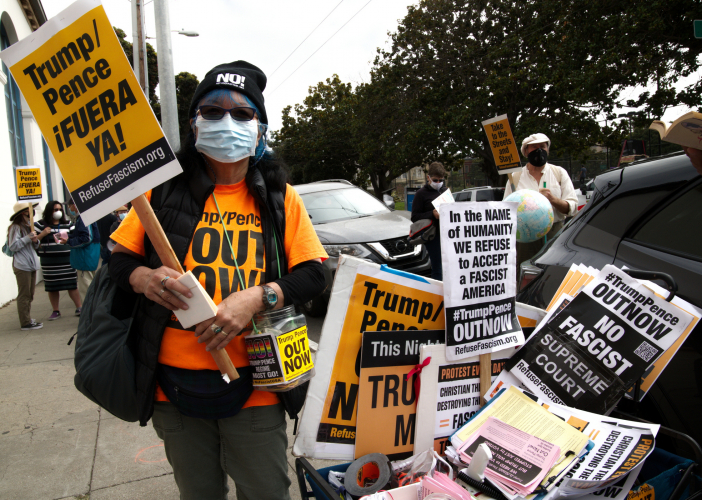 On Saturday, Oct. 24 pro Democracy activists gathered at the site of many recent demonstrations, San Francisco's Mission High School, for a march to City Hall. The action was organized by: The rally included music and speeches by labor activists. In their own words:

We unite against those who seek to limit people’s right to vote, intimidate voters at the polls, or intend to ignore the electoral outcome. We join with local and national civic and labor organizations in a day of action to protect our constitutional rights to a fair election.

We are working with organizations across the country holding similar marches. We believe it is essential to show publicly that the majority of the American people will not accept any interference in this constitutional process and moral imperative. We will not tolerate efforts to thwart peaceful voting or maneuvers to ignore the people’s intended choice. Let us join together. In solidarity, we are powerful! Let us know if you and/or your organization can participate in our March for Democracy SF.

The march, led by a - how to describe it, entirely gold colored, three wheeled, sound vehicle, operated by a driver, a person in a suit with a red bow tie and a person in a bunny outfit who operated the sound board, the whole affair labeled "Golden Ticket."

To music and slogans and preceded by two of SF's finest on bicycles, they marched up Mission, then Market Street where, a couple of blocks from City Hall, they held a undisturbed sit-in.

These demonstrations are a necessary reaction to Trump's threats against the election. Another one was planned for the following day at the Embarcadero. 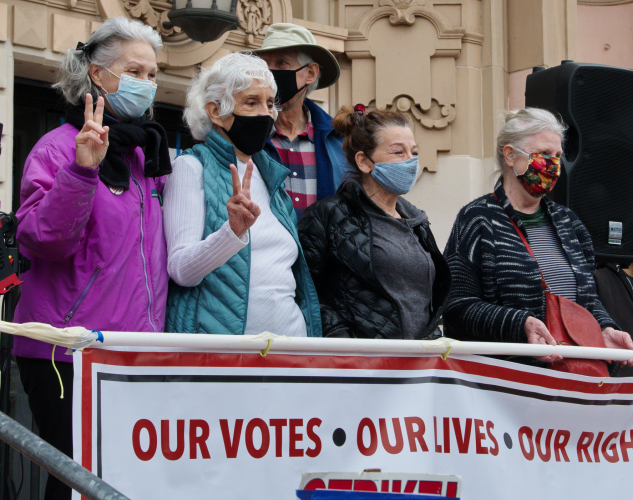 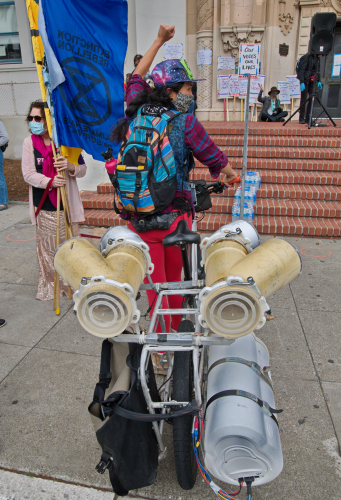 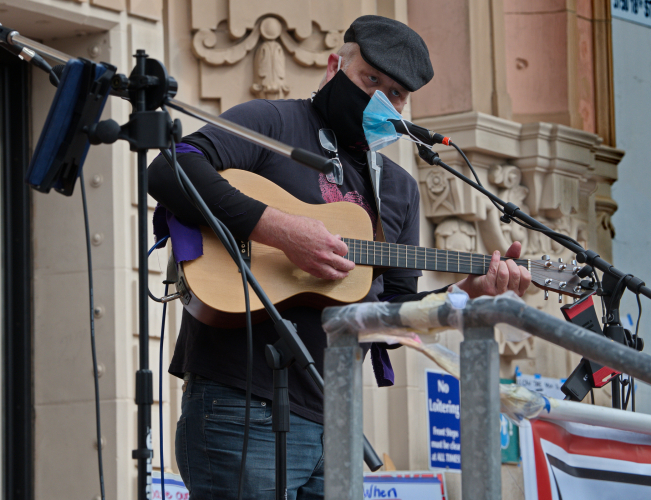 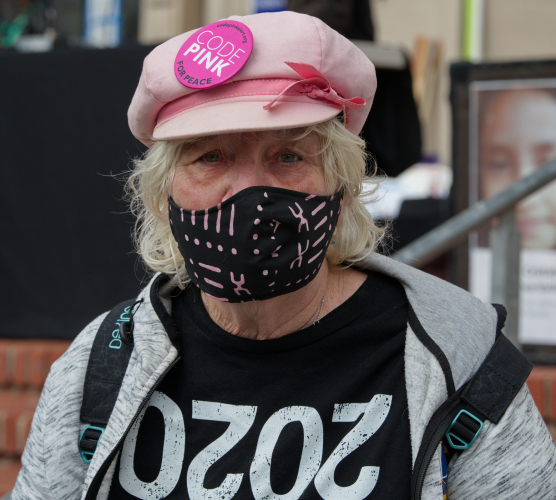 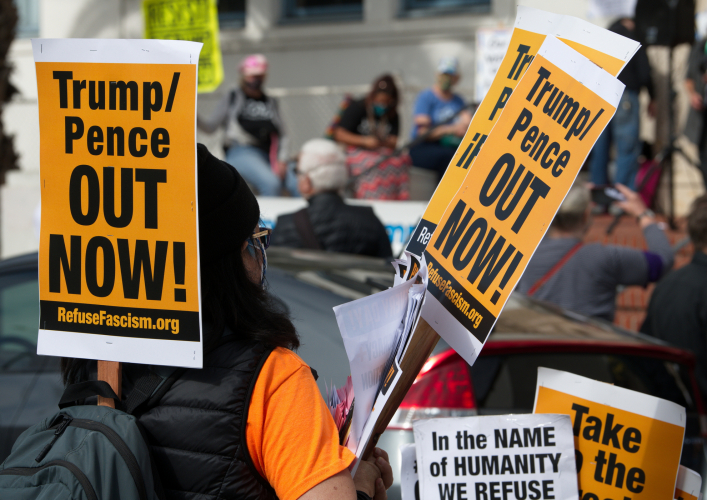 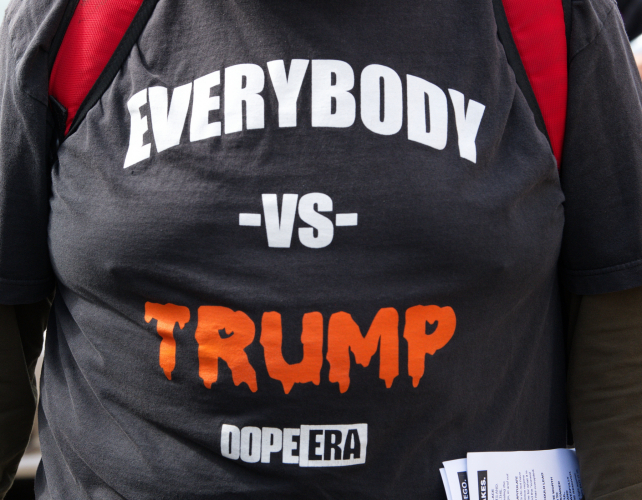 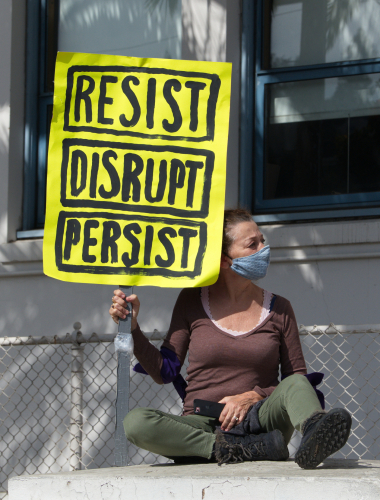 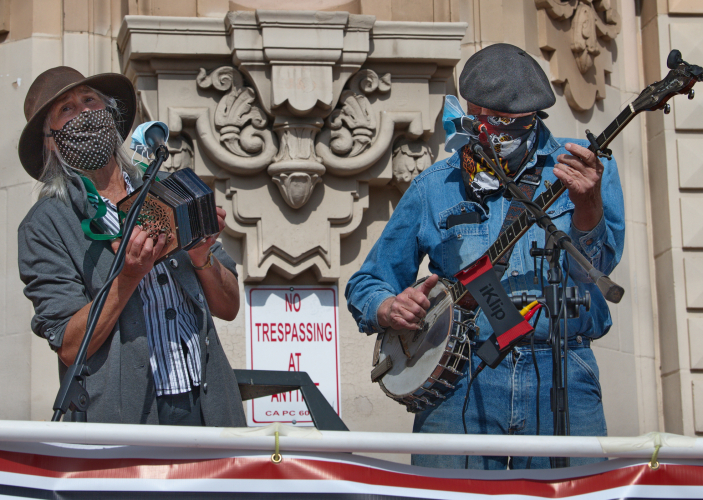 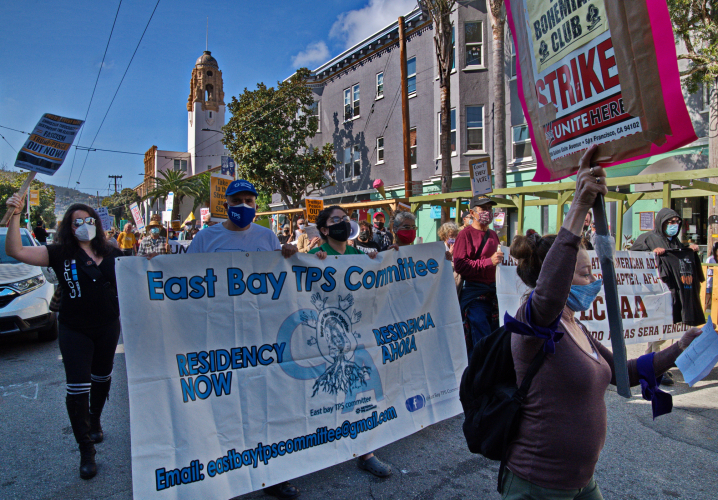 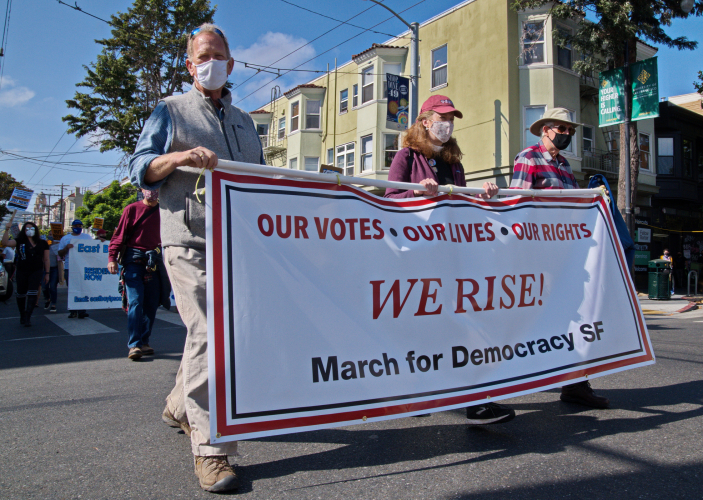 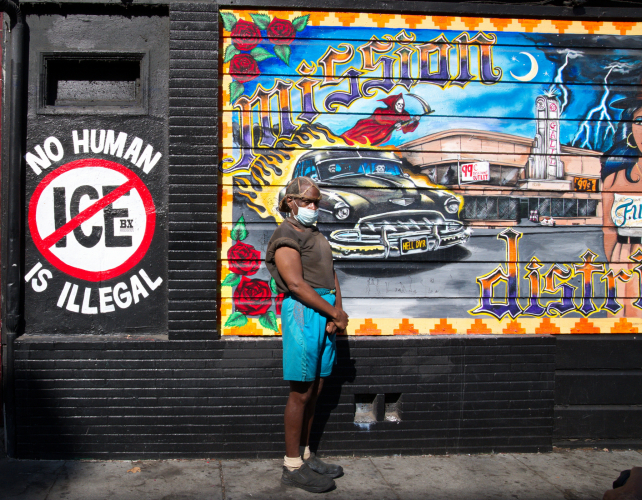 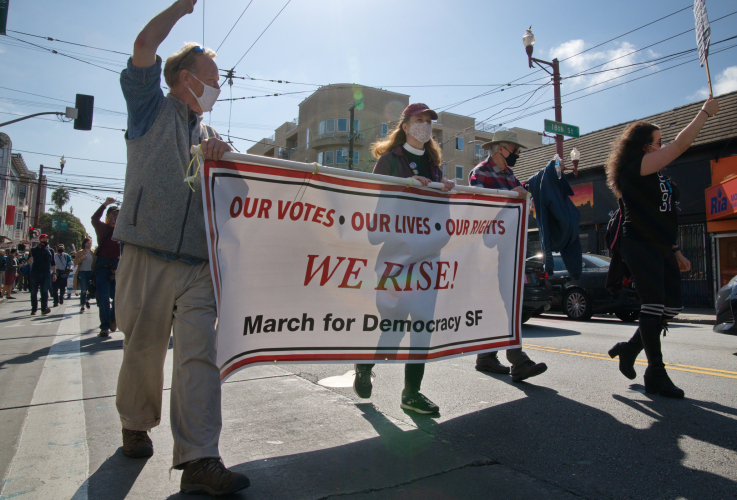 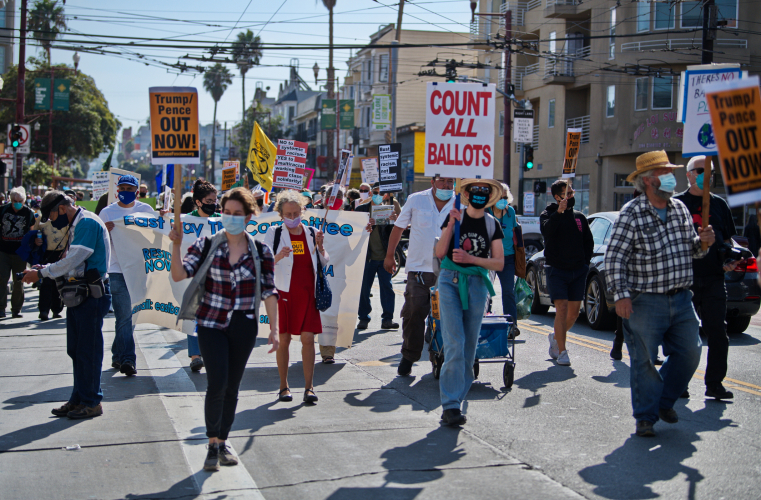 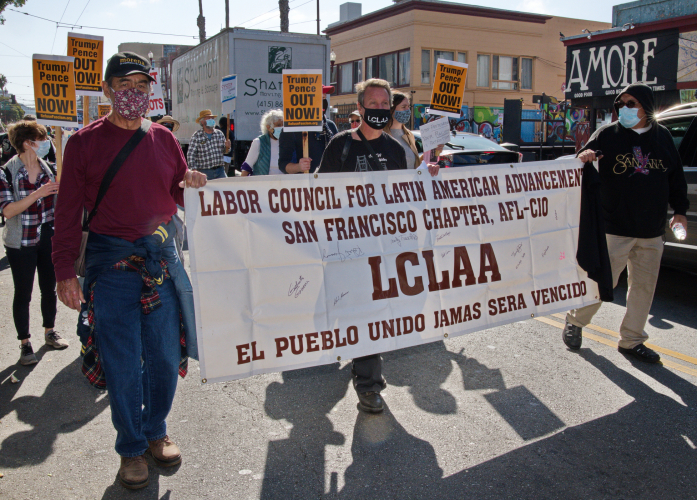 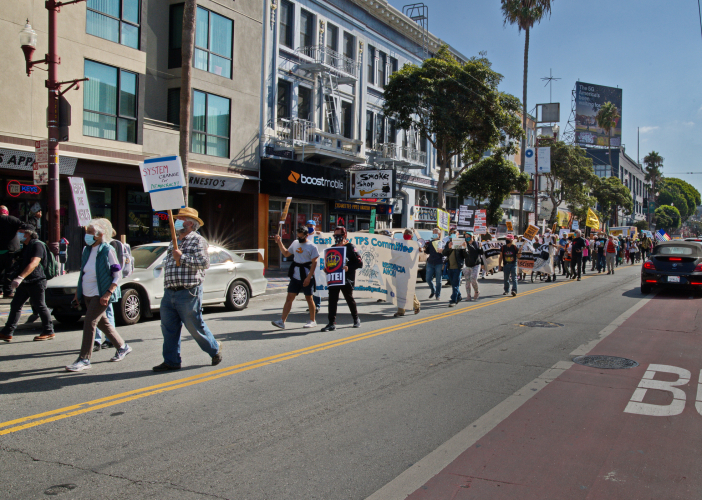 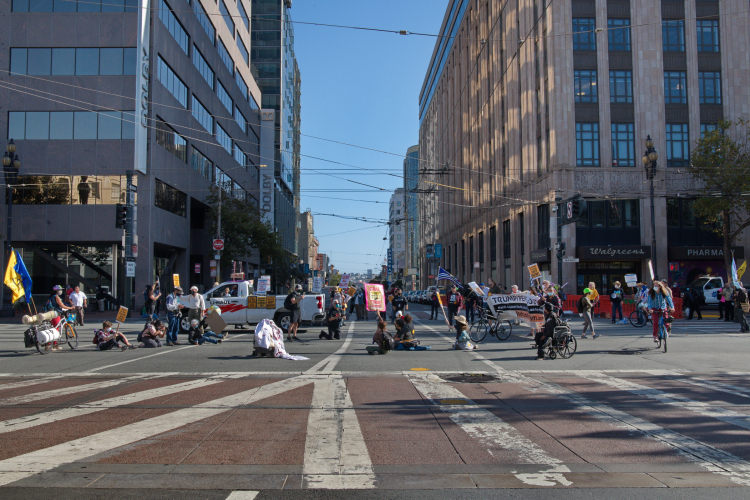 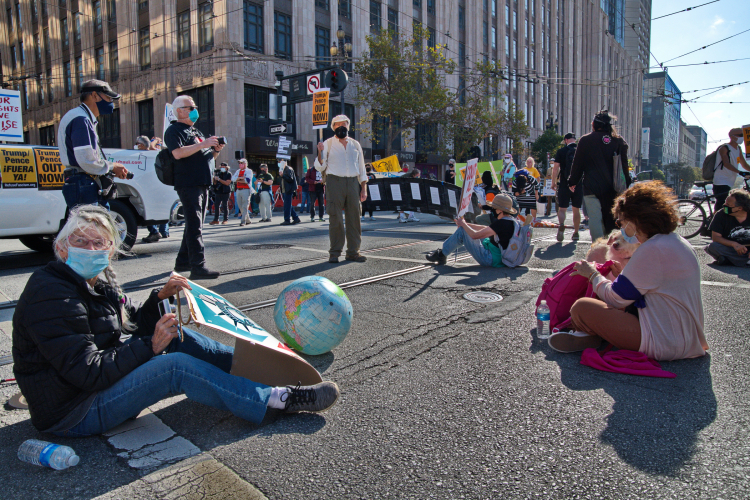 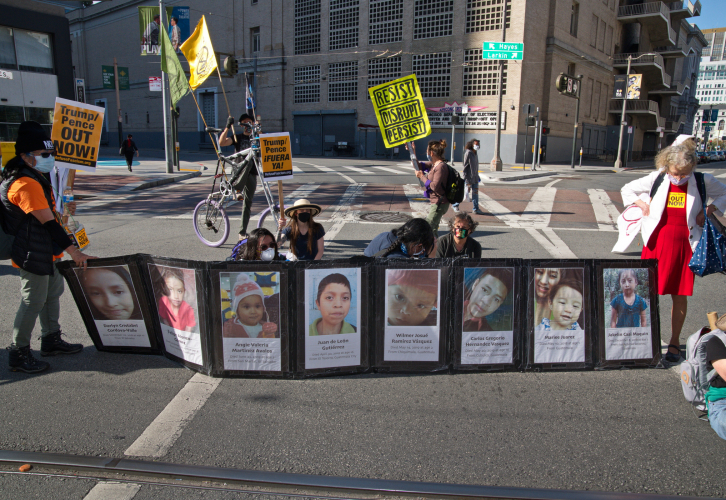 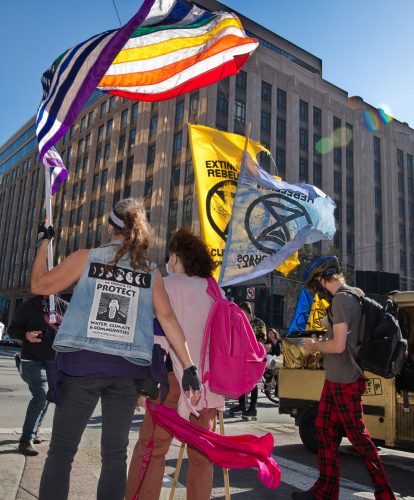 original image (1400x1690)
Add Your Comments
Support Independent Media
We are 100% volunteer and depend on your participation to sustain our efforts!