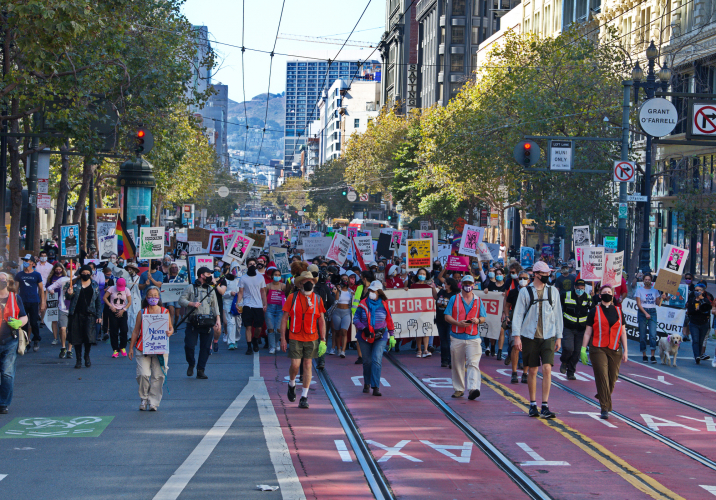 Over a thousand women took to San Francisco's streets today as part of a nationwide demand for now endangered rights and to protest the crimes of Donald Trump.

They marched from city Hall, up Market Street, to the Embarcadero. As part of COVID distancing, there were no rallies at either end of the march.

Maskless Trump supporters in bulletproof vests attempted a rally near City Hall. Police attempted to keep furious San Franciscans behind metal barriers. However, the protesters kept police on the run as they redeployed at various locations around City Hall. At one point the police used pepper spray.

Led by a wall of protesters' shields, there was a spontaneous march South on Market Street. 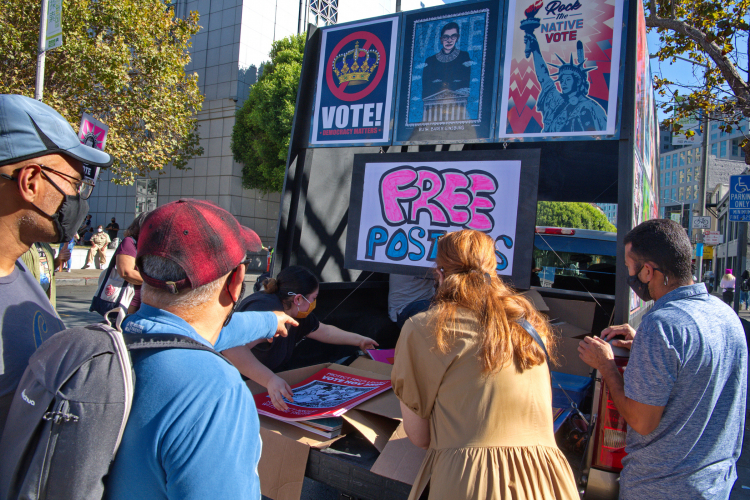 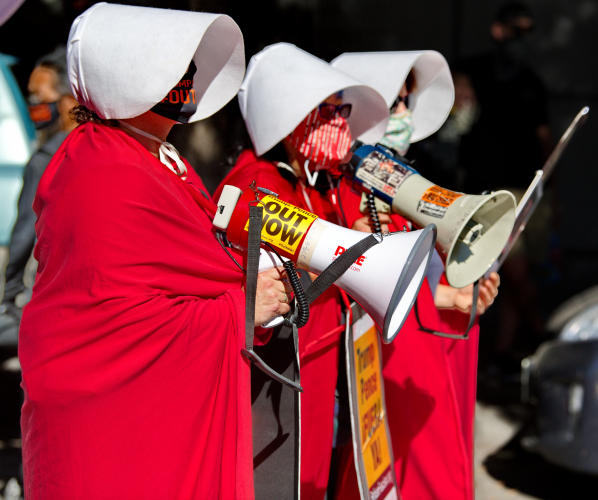 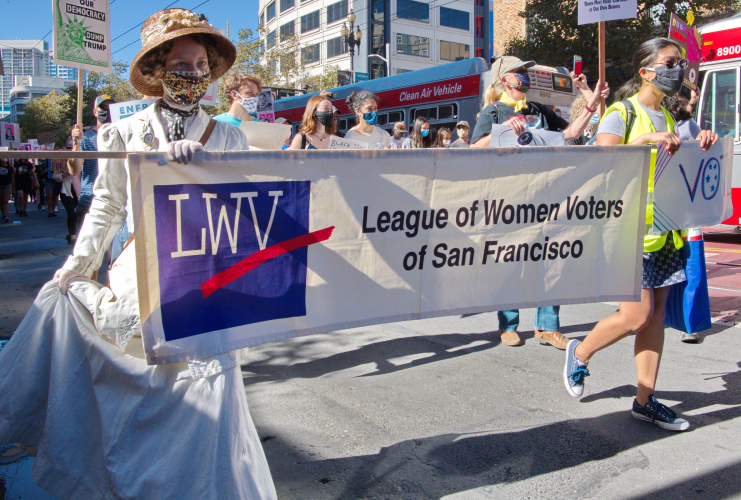 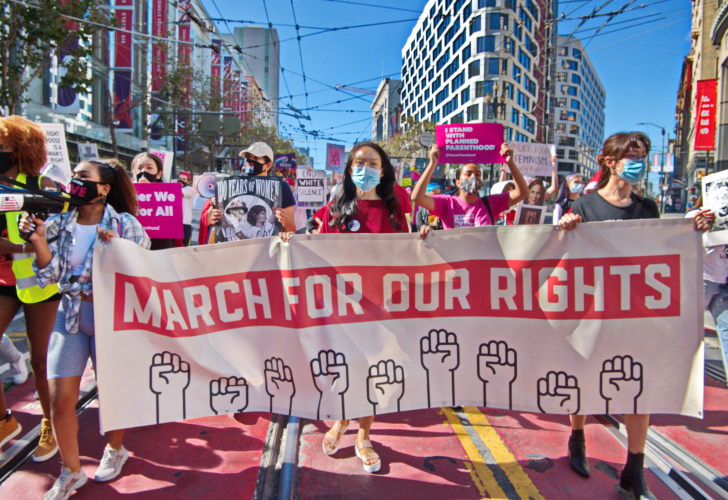 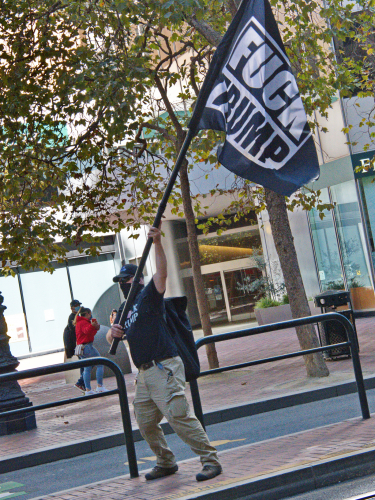 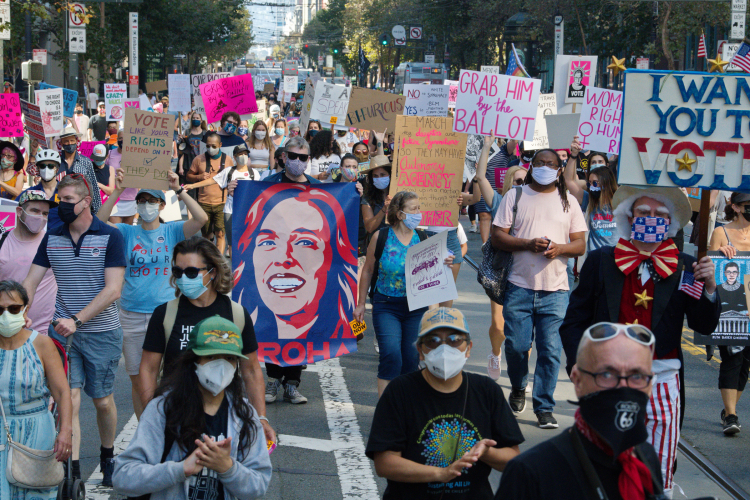 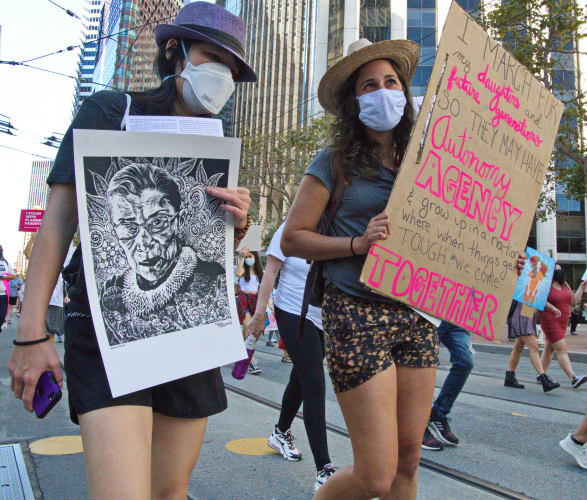 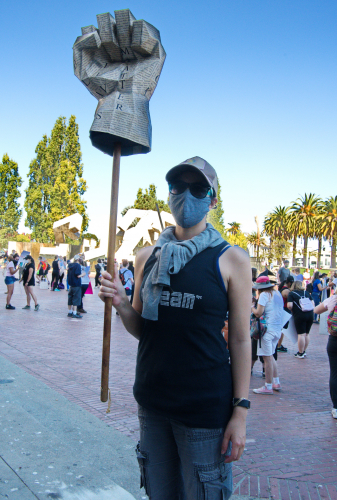 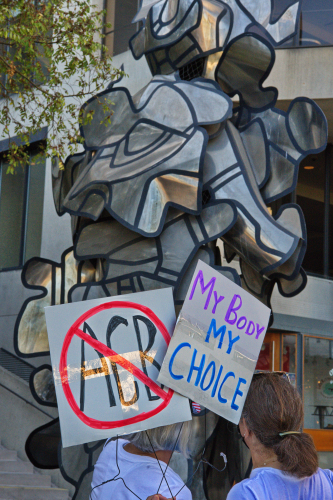 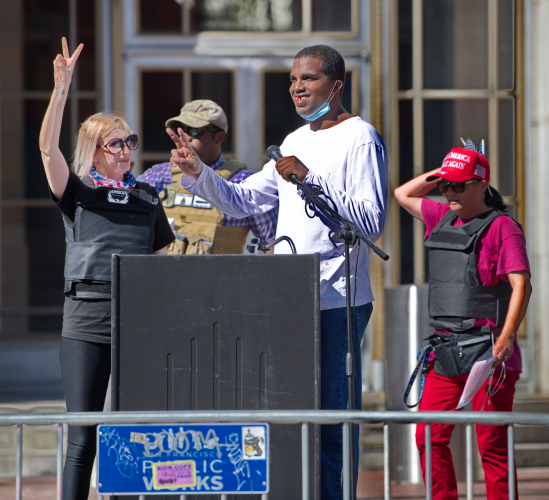 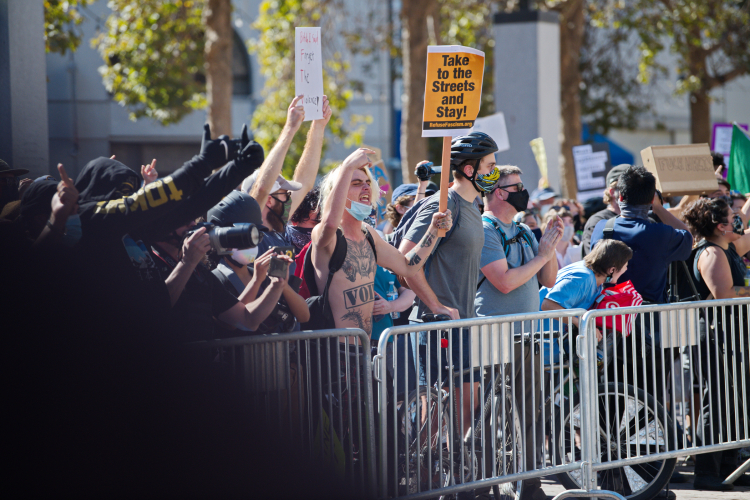 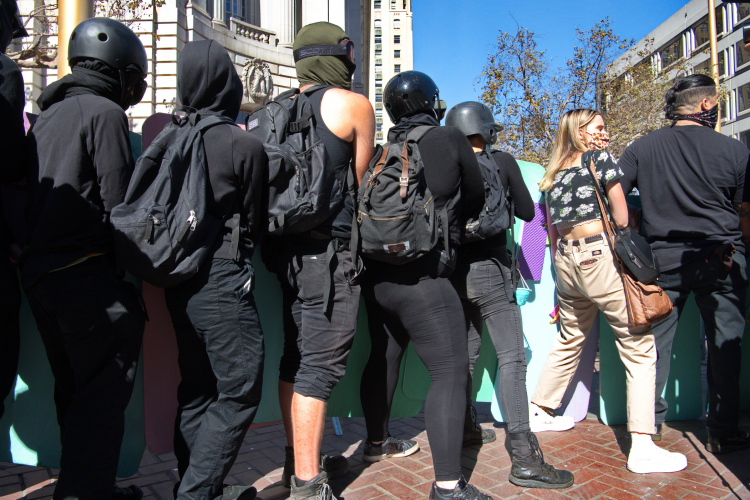 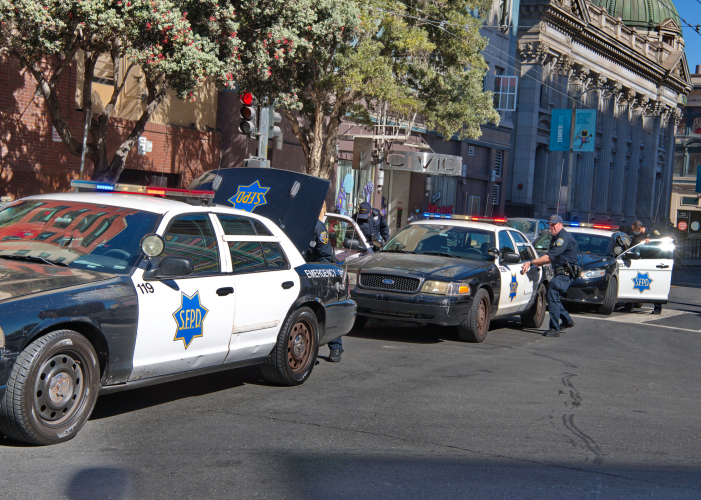 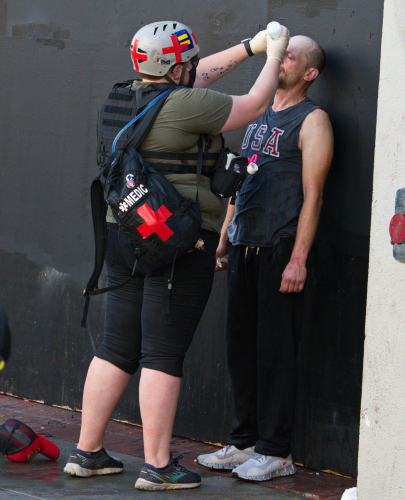 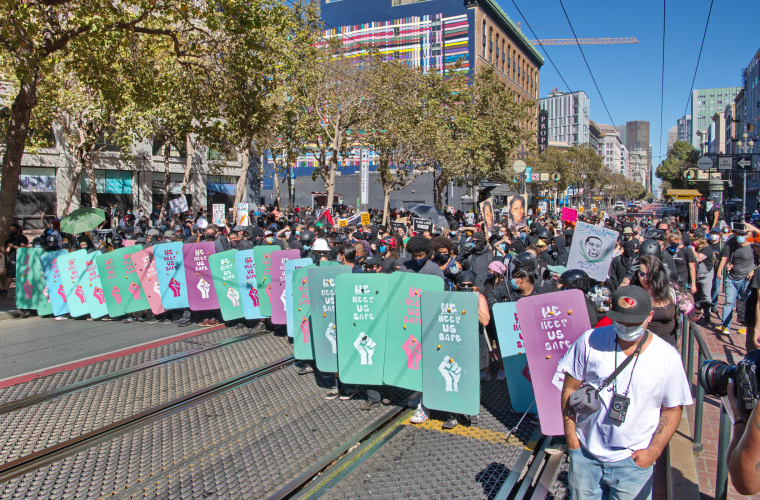 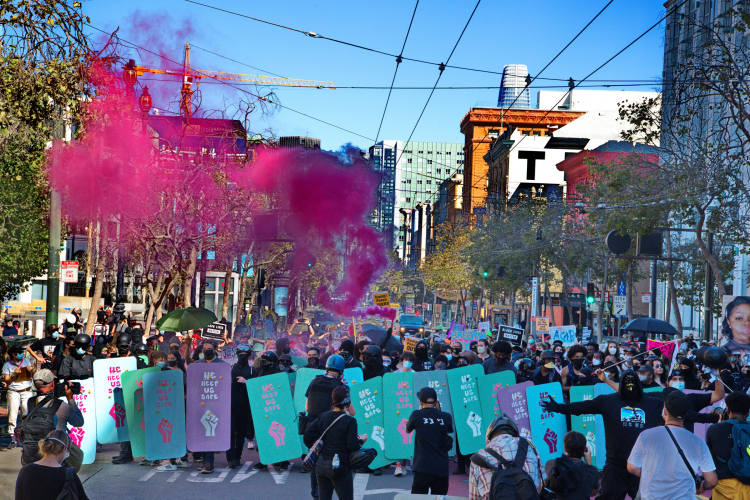 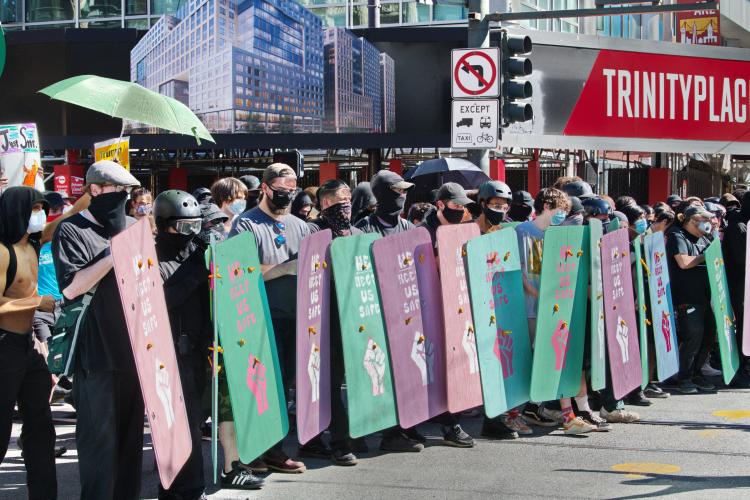 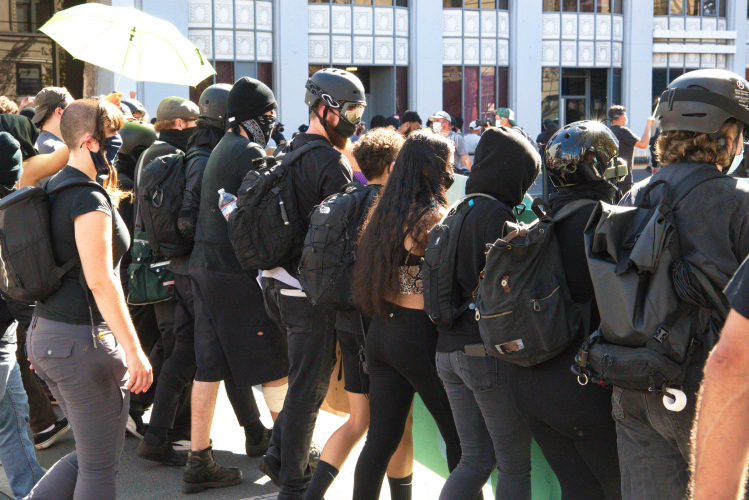 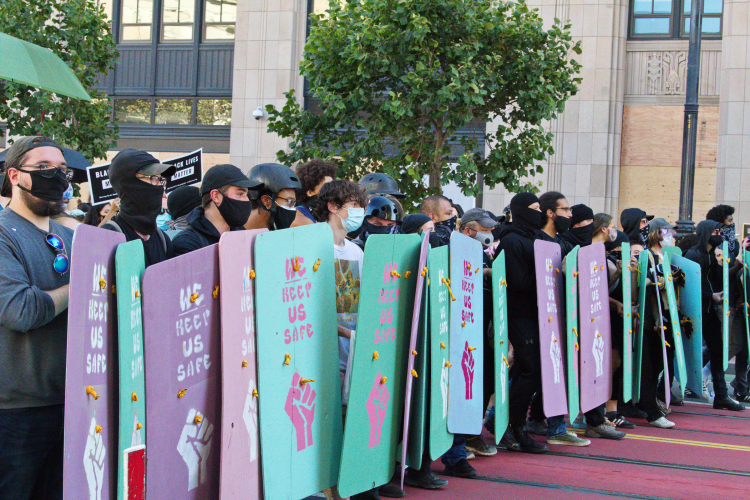 original image (2102x1400)
https://act.womensmarch.com/signup/march-o...
Add Your Comments
Support Independent Media
We are 100% volunteer and depend on your participation to sustain our efforts!